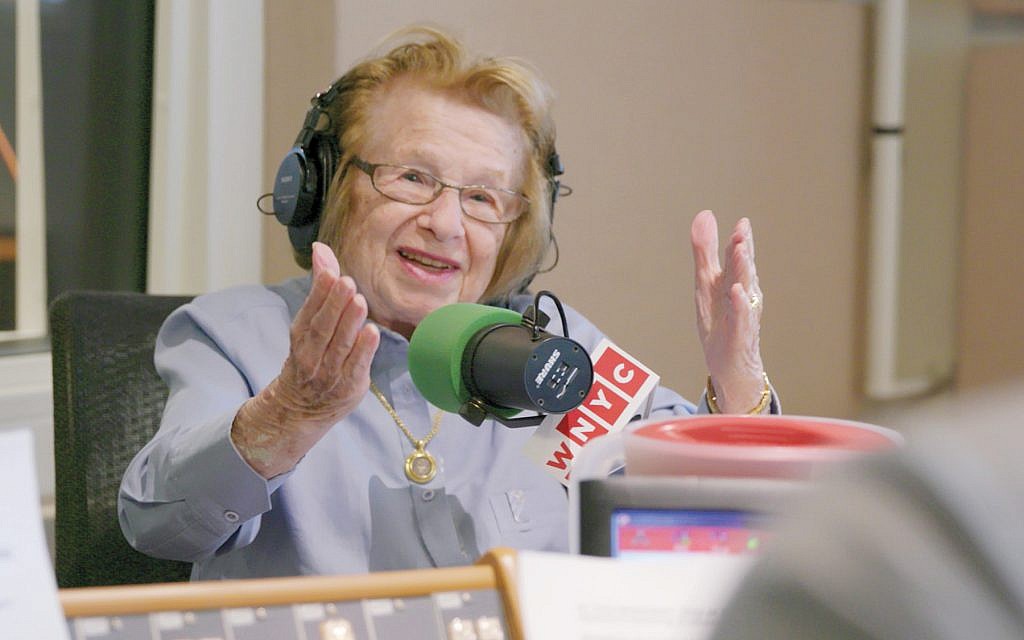 Dr. Ruth Westheimer during an interview on WNYC Radio. Courtesy of Hulu

A sure-fire way to make a successful biographical documentary is to choose a central figure who is charismatic and a pleasure to be around. If you can find someone like whose life follows an unexpected trajectory, you should have a film that will prove as rewarding to make as it is to watch. “Ask Dr. Ruth” and “Circus of Books,” two of the most engaging nonfiction entries in this year’s Tribeca Film Festival, not only fulfill that charter but they even have an unlikely overlapping theme, the role of unlikely advocates in the forging of new sexual freedoms.

Westheimer’s story is perhaps familiar. She is a unique pop culture icon, an energetic presence whose soothing, sound advice has transformed American attitudes towards human sexuality by putting a human face and a German-Jewish accent on compassion and tolerance since she hit the airwaves in the early 1980s. Undoubtedly we are all aware of Dr. Ruth’s background as a survivor of the Shoah, an only child whose parents sent her to Switzerland at age ten to escape the storm clouds of Nazism that threatened the Jews of her native Frankfurt. Ryan White’s new film fills in the details at length, with Westheimer herself recounting the events that brought her through adolescence in a Swiss orphanage, her extraordinary experiences in Israel’s War of Independence as a sniper for the Haganah, and the winding path that led her to a career as a therapist and, finally, a media figure of surprising reach. 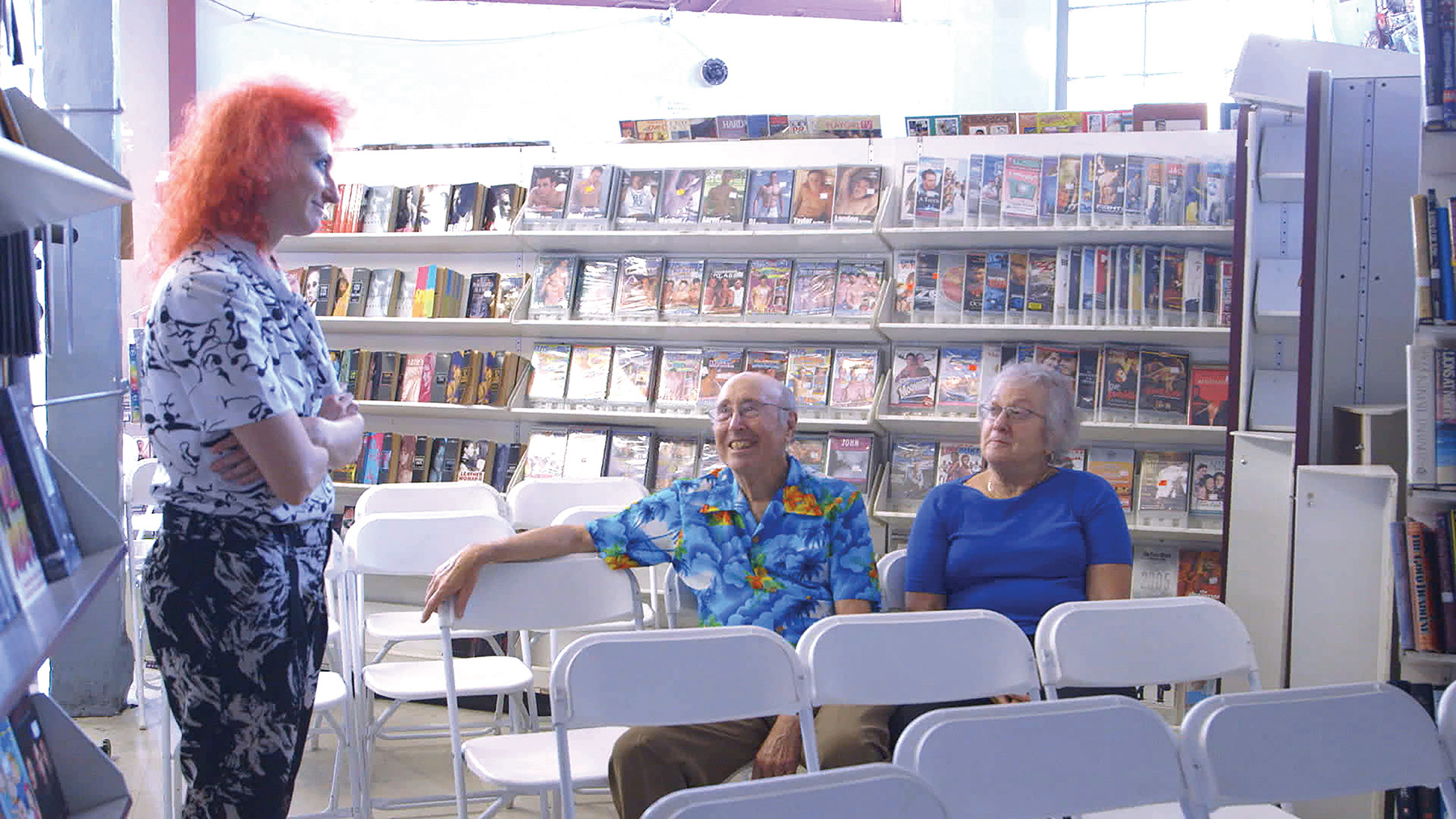 Filmmaker Rachel Mason with her parents, Karen and Barry Mason in their Circus of Books shop in Los Angeles. Tribeca Film Festival

Given her effervescent personality — and it is clear from the outset of the film that with Dr. Ruth, what you see is definitely what you get — one is surprised by the sheer onslaught of drama and tragedy she experienced in her almost 91 years on the planet. At the orphanage, she and the other Jewish children were treated as cheap labor. Her parents and grandmother were murdered in the death camps. Her experiences in the nascent Jewish state were a mixed bag that included terrible injuries sustained in a bombing. White chooses to recreate these experiences through Westheimer’s own writings from the time and a series of rather unfortunate animated sequences that border on kitsch.

But Dr. Ruth carries the film by sheer force of personality. Her common-sense approach to people’s sexual problems and her compassionate listening skills make it easy to see why she has become an icon of decency and good humor.

White, whose previous films include “The Case Against 8,” probably didn’t expect to find himself a supporting cast member in his new film, but Dr. Ruth banters with him constantly, offering him snacks and responding with disarming candor to his questions. As a result, “Ask Dr. Ruth” becomes a hilariously interactive experience for filmmaker and audience as much as it may have been for its protagonist. It is hard to imagine anything that could make Ruth Westheimer more of a celebrity than she already is, but the film should add to her already enormous legion of followers.

The Masons, on the other hand, stumbled into their unlikely fame and for many years resisted the spotlight; one has the uneasy feeling that when their daughter Rachel decided to make a film about them, Karen, for one, was less than thrilled. Barry, on the other hand, takes everything in stride, responding as naturally to the camera as he did to the odd career moves that led him from special effects work (he contributed to “2001: A Space Odyssey”) to inventing monitoring devices for dialysis machines. Neither of Rachel’s parents sought a career as purveyors of gay sex films, magazines and toys, but they brought a dedication to their work that is refreshing.

Ironically, when one of Rachel’s two brothers, Josh, came out to his parents, it was a transformative experience for them, and one that finally led them to activism as founding members of the Los Angeles branch of P-FLAG, the parents’ support group for gay and lesbian children and adults. That turn of events provides some of the most emotionally powerful moments in “Circus of Books,” but along the way this otherwise very funny film is also shadowed by the impact of the AIDS epidemic and the witch-hunting of the Meese Commission on Pornography, which led to serious felony charges against Barry for distributing “obscene” materials.

Rachel Mason handles these moments, and the wild mood swings they provoke, with aplomb and rather more grace than she does her mother’s constant “advice,” which extends to suggestions about the filming. If “Ask Dr. Ruth” is a collaborative effort in unforeseen ways, “Circus of Books” is a family project by both design and happenstance. Both films are purely delightful, funny and gentle and deeply committed to an increasingly unfashionable platform of tolerance and acceptance.

The 2019 Tribeca Film Festival runs through May 5 at theaters all over lower Manhattan, tribecafilm.com/festival.