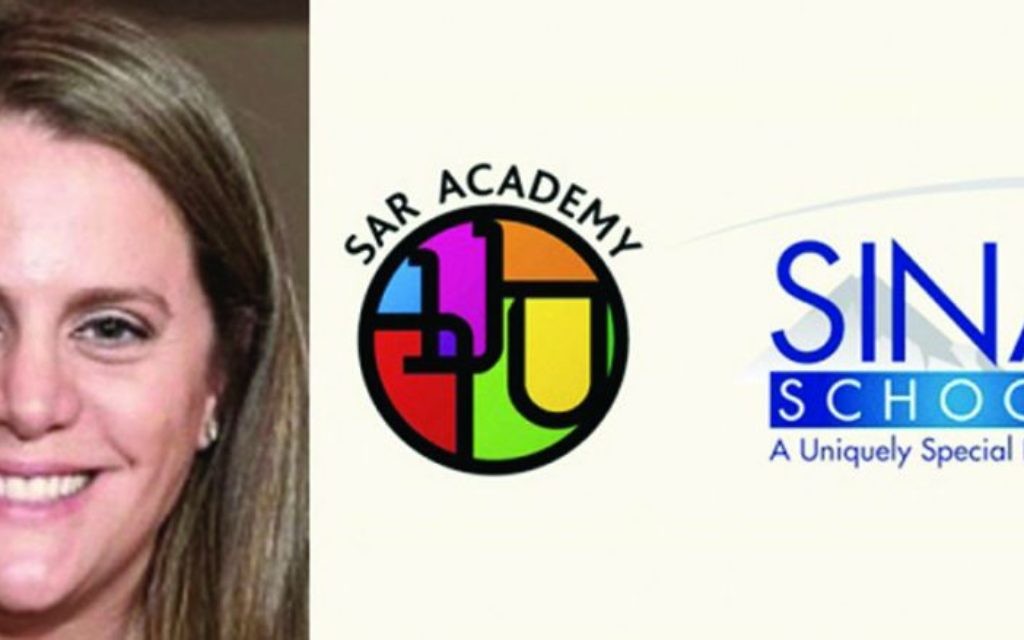 The Sinai Schools, a network of Jewish special education institutions that began in 1982 with three students at one site in New Jersey and has grown to six locations with 150 students in the state, will establish its first branch in New York City next year.

Sinai has announced that it will open a “school within a school” at the SAR Academy in the Riverdale section of the Bronx beginning in September 2018. Aura Lurie, who has served as a teacher for more than a decade in the SAR Academy “inclusion” special education program, will be director of the Sinai pilot program at SAR.

Lurie will spend the next year finding space at SAR for the Sinai program, hiring teachers, interviewing prospective students and studying the Sinai approach to special education. She says the program is unique — “there’s a need for it.”

The initial Sinai program at SAR will include about a dozen students, ages 6-8, with “a wide range of complex learning challenges and/or developmental disabilities,” Sinai announced. As at the extant Sinai schools, participating boys and girls will be part of the wider student life at SAR, joining other students in activities like prayer services and playground recreation, and being mainstreamed into some classes when their academic abilities allow.

The existing inclusion program will continue to be offered, Lurie said.

This year, the Sinai Schools won several awards in The Accolade Global Films Competition for the network’s short film, “Jacob’s Footprint.” The documentary tells the story of the family of Sinai student Jacob Adler, who has cerebral palsy.

The new Sinai program is expected to attract Jewish families from New York City and Westchester, Rabbi Rothwachs said. “We have scores of students who are currently traveling from the five boroughs. We’re at capacity.

“If history is an indicator, we’ll grow through the eighth grade at SAR,” he said. “More, if there is an interest.”

While Sinai’s existing programs are based in Orthodox schools, the students enrolled represent “a pretty wide spectrum of the Jewish community,” Rabbi Rothwachs said.

Families that receive free Jewish children’s books from the Massachusetts-based PJ Library say the program has helped them feel more connected to their Jewish communities, with interfaith families especially saying it has spurred them to celebrate Jewish holidays and Shabbat and to learn more about Judaism, a new study found.

The study, released in late June by PJ Library and the Harold Grinspoon Foundation, found that 69 percent of participating families say the program has helped them feel more connected to their Jewish communities, whether by attending events run by PJ Library itself or related events run by local Jewish institutions.

Eighty-three percent of respondents also say the program helps them feel “more knowledgeable and confident” about how to engage in Jewish traditions with their children, and 91 percent say the program is a valuable parenting tool. 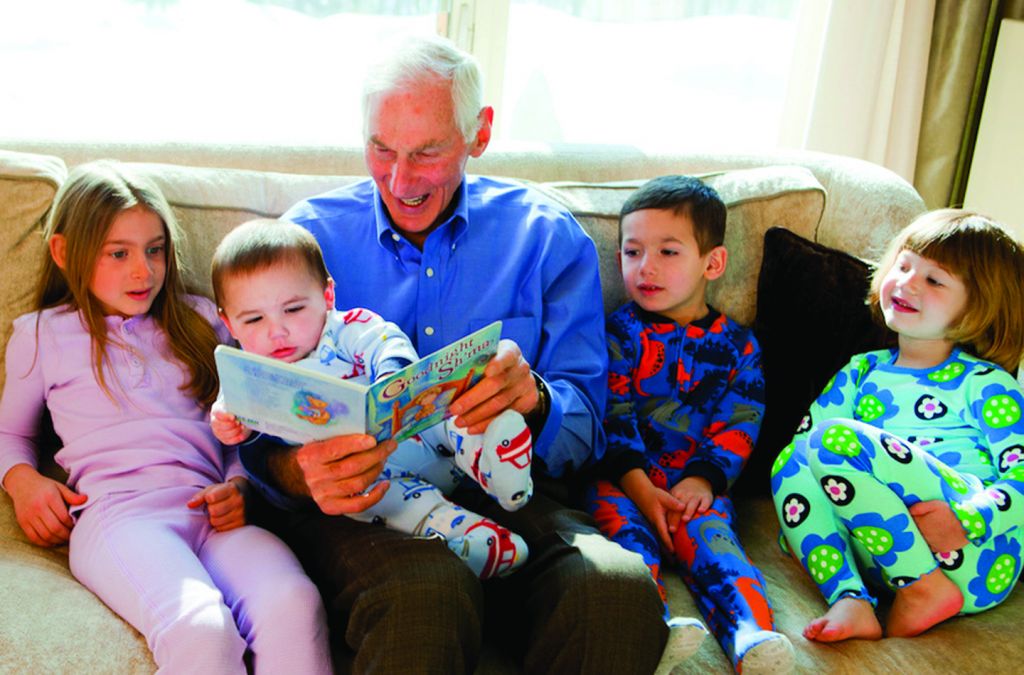 Harold Grinspoon, the founder of PJ Library, reads one of the program’s books with a gaggle of children. PJ Library

More than 25,000 users responded to the survey between November 2016 and January 2017; it was conducted with the external evaluation firm Informing Change.

The program, launched in 2005 by the Grinspoon Foundation, now sends one book a month and occasional music CDs to 170,000 children ages 6 months to 8 years among 125,000 families in the United States and Canada. A parallel program, Sifriyat Pijama, operates in Israel. PJ Library estimates that its books are read 6.5 million times a year. Local Jewish federations and other institutions partner with the foundation in covering costs.

The findings confirm the goals of the program’s founders, who hoped that bringing parents and children together over Jewish-themed books would not only be worthwhile in its own right, but would also inspire them to connect with other Jewish programs and institutions.

“We take seriously that each night parents are inviting us to join their family during one of the day’s most treasured moments before bedtime,” Winnie Sandler Grinspoon, president of the Harold Grinspoon Foundation, said in a statement. “Parents have told us that the PJ Library books their families receive each month not only help them feel more capable of raising Jewish children, but also make them more excited to pass on the traditions and beliefs they cherished in their own childhoods or have come to cherish as adults.”

“Books are a natural way to invite people into a global community and to pass values and traditions onto the next generation, ensuring our children and their children grow up connected to their Jewish heritage,” said Harold Grinspoon, a real estate developer in western Massachusetts and the founder of PJ Library.

New Round Of Covenant Awards For Educators

The New York-based Covenant Foundation, which supports Jewish education, announced in June that the recipients of its 2017 Covenant Awards are Rabbi Tully Harcsztark, founding principal of the SAR High School in Riverdale (see profile on page 23); Meredith Englander Polsky, national director of institutes and training at Matan, in New York; and Jane Shapiro, co-founder of Orot: Center for New Jewish Learning in Skokie, Ill.

Polsky founded Matan in 2000 for families of special needs children who “were living on the margins of Jewish education due to a community severely lacking the vocabulary, approaches and awareness to create paths to engagement and full participation,” according to a Covenant Foundation statement.

Working with synagogues, schools and other Jewish organizations, Matan supports the development of curricula and educational programs to “increase awareness of special needs and the obligation of the Jewish community to embrace inclusion.”

Shapiro founded Orot in 2014 as a “new model for engaging Jewish adults in the Chicago area and beyond.” The initiative, which began with a pre-High Holidays program that 70 men and women attended, has grown to 500 students who take part in weekly classes, meditation sessions, weekend retreats and other activities.

Shapiro previously served as associate director of the Florence Melton School of Adult Jewish Learning in Northbrook, Ill., and coordinator of mentoring for students in the Master of Arts in Professional Jewish Studies program at the Spertus Institute for Jewish Learning and Leadership in Chicago.

“Each of the 2017 Covenant Award recipients is a dreamer, and each brings with them a breath of optimism for the field,” Harlene Appelman, Covenant Foundations’ executive director, said in the statement.

The Covenant recipients will be honored in November during the General Assembly of The Jewish Federations of North America, in Los Angeles.

Prof. Asher Cohen has been selected as the new president of the Hebrew University of Jerusalem. 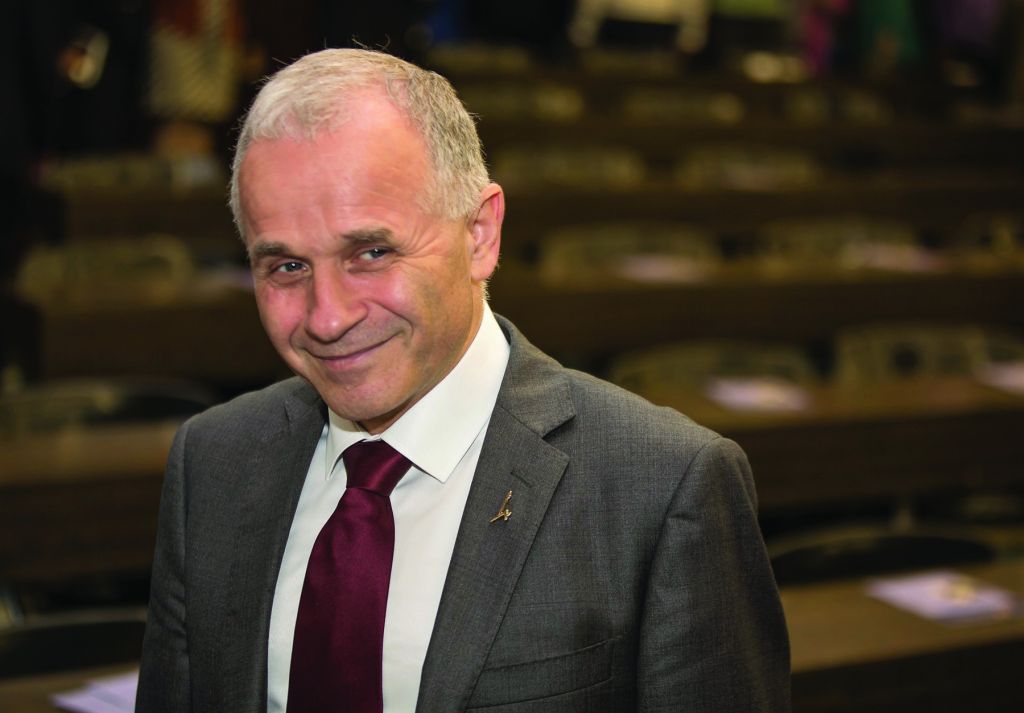 Professor Asher Cohen has served as Hebrew University’s rector for the past five years.

As rector, Cohen recruited top researchers from Israel and abroad, opened new academic programs, worked to refresh the university’s curricula and worked with the Student Union to develop in-depth processes for improving the education of university students, the university said in a statement announcing Cohen’s election.