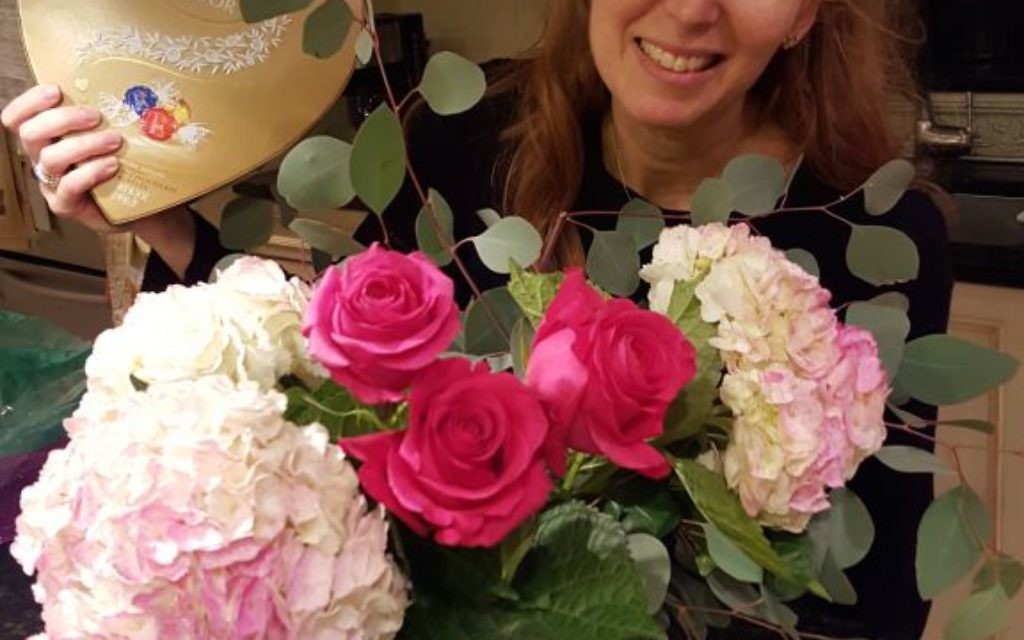 My son is twenty, so I’ve had years to be surprised and disappointed by people. There are the hurts that have played out over many years, including the ones visited on us by the Orthodox members of my husband’s family, who made it clear that Noah was not welcome at their (fill in the yom tov) table if he couldn’t be without a device to soothe himself.

So we left him home for years, or I stayed home with him, and we were further split as a family. That changed precisely when it no longer mattered, i.e., when Noah was about sixteen years old, and long past needing a device to keep him occupied and quiet. But by then it was also long past any chance that Noah would form a close bond with those relatives. He might have an IQ in the mentally retarded range, but he can readily distinguish between those who accept and love him for who he is—and those who don’t.

We have wonderful other family members who embrace and love Noah—and are loved by him in return. And we’ve encountered kindness from a wide array of strangers—a flight attendant who years ago brought snacks to try to soothe our tantruming son; a passenger on the same flight who offered us his computer when the batteries died on Noah’s toy; cashiers who patiently wait while I coach Noah through a transaction, and on and on. It doesn’t cost strangers a lot to be kind; after all they’ve got no emotional investment in a relationship with my son. But when they choose to be kind—and not all of them do—it’s just this little bit of magic that makes everything else work.

So many people choose not to see—it’s how we pass homeless people without stopping, or turn aside from a parent verbally abusing a child in public—that when we encounter people who choose to see us and our children, the gratitude runs deep. And that willingness to see has nothing to do with IQ, income, education level, or other superficial traits. I think it has much more to do with struggle. Those who’ve lived challenging lives understand in a visceral way what pain is, what heartache and anguish do, and how hard it can be just to get through a day. And when they choose to share that knowledge with us through a smile, a patient nod, or a kind word, it touches us deeply. And gives us the strength to keep going when we sometimes feel we can’t.

I’m long past being angry with the members of our family who don’t get it, but I find it intriguing that it’s the most overtly religious relatives. There’s something about that that is just so ironic, given what I understand Judaism to be about. My father, z’l, was an Orthodox Jew, so I can never condemn orthodoxy, but he would have called my husband’s family’s behavior exactly what it is, mishegas. My father understood intuitively that Noah belonged, that he was of us, that there was never an excuse to exclude him (or anyone else, for that matter, based on different religious beliefs or behaviors.) Perhaps it had something to do with the fact that my father was a Holocaust survivor and he appreciated that just being alive is a gift, and one never to be taken for granted—or rejected. He also recognized that the least able person in our family deserved the greatest compassion, the widest latitude, and the warmest embrace. As if God would want the only angel in our midst excluded from the table…

Nina Mogilnik's professional career has encompassed work in the philanthropic, nonprofit and government sectors. Nina is presently consulting to a select group of nonprofit and foundation clients. She also serves on the boards of Birch Family Services, and the Good People Fund. Nina is also an avocational writer, and has had a number of essays about her experiences dealing with her father's Alzheimer's and her son's autism published in Haddasah Magazine and in The Jewish Week. Nina's proudest accomplishment–and hardest job by far–has been as a mother. Nina has degrees in philosophy from Union College (B.A.) and from the University of Chicago (M.Phil). She lives with her husband and kids outside New York City.
read more: