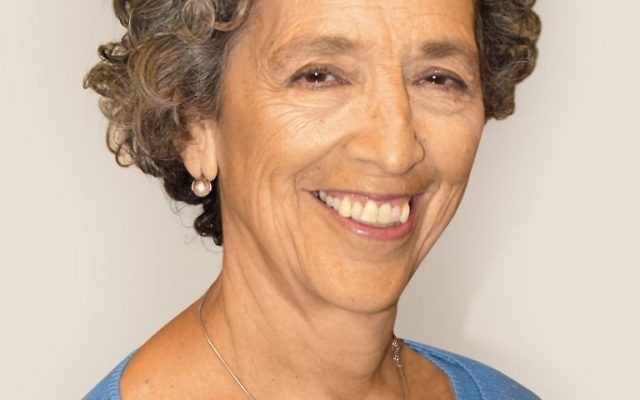 Ruth Messinger left a 20-year career in politics, including Manhattan borough president, in 1988 to become president of the American Jewish World Service (AJWS), supporting human rights for marginalized people around the world. Alfredo Borodowski is executive director of the Skirball Center for Jewish Learning at Temple Emanu-el and founding rabbi of Larchmont’s Congregation Sulam Yaakov.

Alfredo: Ruth, any thoughts on sharing your views of God with a lot of Jews. Are you concerned; maybe nervous?

Ruth: Yes, I’m used to approaching this indirectly and sort of skipping over what is God, and just talking about the Jewish commitment to social action and social justice. That’s a more comfortable framework for me.

Alfredo: Some of our sages teach that deeds are more important than anything else, while others teach that learning precedes anything else. You are a person of action; how do you reconcile those two opposite views?

Alfredo: But that doing Ruth, must be rooted in some kind of belief; some notion that you are commanded to act. If you peel the doing, what is under it?

Ruth: OK, so there are lots of pieces to that, which I often lay out, I do usually without the God element as part of it. The root is first of all my family. I was raised with the idea of social justice Judaism, and the idea that people whose lives were often historically in danger and often helped by others, also have an obligation to help others.  Jews must have concern for the state of the Jewish world and for the state of the broader world. We also must remember the core value of b’tzelem elohim — that every person is created in the Divine image and is of equal value.

Alfredo: My homework brought me to SAJ where you are a member. Yes?

Alfredo: I was told that you enjoy going to synagogue when you are not traveling.

Alfredo: Then, what is Ruth the doer experiencing while compelled to sit for two to three hours facing the prayer book?

Ruth: Yes, yes. I really like some prayers; they speak to me. Prayer time offers me quiet time. I am not a quiet person and I am well aware of that, so services give me moments of quiet reflection, moments when I just sort of stop and think and take stock, what am I doing in this world? I admit to being somebody that both on Shabbat and the Holidays loves reading the footnotes, but my background is probably a bit overly intellectual as opposed to emotional and reading those notes connects me to critical Jewish concepts

Alfredo: Now, as a member of “Kaplan’s shul” do you have any specific closeness to the God who is a power rather than the God of Heschel who is a being?

Ruth: How do I answer that?  In terms of reading and learning I’ve actually read much more Heschel than Kaplan, but if you ask me I would come down on the God as a power or force in the world. It’s a force that creates a vision for justice and commands all of us to work to help to realize that.

Alfredo: May I guess that given what you do in the world you find God in human relationships?

Ruth: It’s funny because very often in talking about AJWS, I teach people about the concept of tikkun olam. And I usually use Tikkun Olam to say that you ought to believe that every person is made in the image of God. Then it ought to occur to you as a white western activist that the best solution to the problems of girls’ empowerment or agricultural sustainability are not all going to come from Geneva and Washington and London. They are going to come from the people on the ground; those people are equally made in the image of God but they’re living the experience of trying to get crops out of infertile land and we ought to listen to them. And that’s how AJWS works: we listen very closely to what people are telling us about their biggest problems and their best solutions and we work not exclusively but significantly within their framework.  If all of us are made in the image of God then each of us has a piece of that responsibility. That’s the motivating force in my life.

Alfredo: At those moments when you have to deal with poverty, disease and misery, do you get upset with God?

Ruth: I always get upset at human beings. So I understand what you are asking; it’s a perfectly legitimate question, but is not the way I think about it. Religious and political leaders are sowing seeds of divisiveness. We have a job to do to get beyond these divisions and to try to mend some of these separations and put things back together.

Alfredo: As a woman leading an organization and witnessing the oppression of women in so many societies, do you think that imageries of God as the king, the Warrior or the Father have contributed to gender inequality?

Ruth: Yes, if you try to imagine God as a being, as in so much of religious literature. I will say that when I was a child I knew Heschel. Thank God, I was very fortunate that Heschel was a motivating force in my life. And when telling people about Heschel — telling non-Jews or those who did not live in 20th century America — I would say so there was this famous rabbi. He looked like what everybody thinks God should look like!  A man with a big long white beard. I now, and have for many years as a feminist, when there is a religious discussion and somebody says well only God will see to that, I say, yeah it’s up to Her!

Alfredo: Ruth, some people believe that you have crossed boundaries, they say, “why does my kid as a Jew have to go do service work in Guatemala!”

Ruth: For me Judaism lives in the struggle between the particular and the universal. You have to preserve the particulars of the religion while being a force for change in the world. The Rabbis discuss this forever: do you help the Jew before the non-Jew?  When I read the texts, for me there’s no question that we are directed to have both a particular and a universal perspective on the world and that’s why we bring activists to the developing world to support people who are fighting for their human rights.  By doing this, both the supporters and the recipients of our work get a better sense of what it means to be Jewish in the 21st century. To me, this is about eliminating the binary between being Jewish “over here” in our communities and being an activist “over there” in a part of the world that feels unfamiliar. Integrating the universal and the particular enables us to live more authentically as Jews and as global citizens. I don’t want Jews to separate their advocacy and their observance of Yom Kippur; that’s not what the religion ever meant to me.

Alfredo: When you bring food and water to people besides your sense of accomplishment is there also sense of divinity?

Ruth: Yeah, I’m not sure I would use the word divinity, but I would use the word miracle. It’s not a miracle in the sense some God sent a lightning bolt and all of a sudden there was water. But what is miraculous is what is accomplished. It’s a miraculous event. It’s bigger than all of us. It’s bigger than what the community did on the ground. We made real change in people’s lives; a change that will have a longstanding impact and that’s quite extraordinary.  That’s the way I would talk about it.

Alfredo: Kaplan said that every generation of Jews should have a functional God. A God stops being if She doesn’t function. Kaplan said that you go first to the end point, the point of salvation, and then you think about the God that will let you get there.

Alfredo: Yes, that’s precisely why I am bringing this up.

Ruth:  When a law for women’s rights passes in Kenya or we see a positive change in a community and there’s more food to eat I think it’s a sign of humility to think that we helped this to happen, but so did the community.

Alfredo: But can we include God in the picture?

Ruth: To include God in the picture is us doing our part to help God heal the world.

Alfredo: Are you an optimist?

Ruth: Oh yes, I’m an optimist, I was born an optimist and what I actually love about the work we do now is that we go to some really difficult trouble spots with all kinds of conflict and genocide and poverty, but we’re working with the people who are making change. So the strongest element in the work we do and the people we are helping and in the results is a sense of hope, and that hope is optimism and, by the way, a spark of divinity.

Alfredo: I’ll give you a final chance to answer this question.  If I were to ask Ruth, tell me a God you believe in, what would you say?

Ruth: I believe in a God that’s a force for justice in the world.