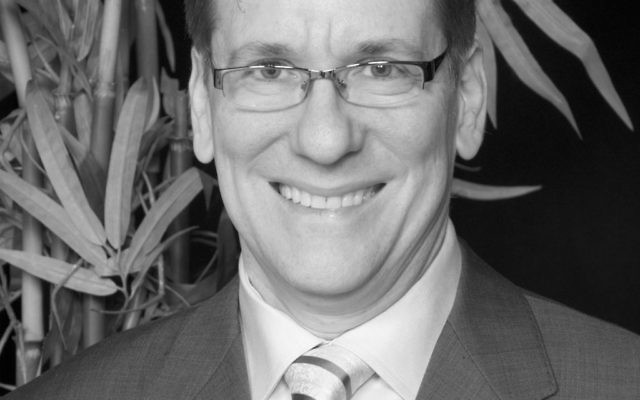 The Jubilee year returns Jews to their land. “You shall return (tashuvu), every man to his possession, every man to his family” [Leviticus 25:10]. The Zohar notes that “tashuvu” is written defectively, missing the letter vav, hinting at our return and the reclaiming of sovereignty over the Land of Israel.

The Gematria (numerical value) of tashuvu is 708. Rabbi Benjamin Blech writes that tashuvu could also be understood as a year,  (5)708, or 1948 in the secular calendar, the year marking Israel’s independence, “when we returned to the land of our forefathers.” Rabbi Blech notes that the missing vav (corresponding to the number six) perhaps alludes to the missing Six Million.

The Maharal writes that vav represents physical completion, as the world was completed on the Sixth Day of Creation. The Torah was given on the sixth day of Sivan to 600,000, the Israelite census corresponding to the 600,000 letters of the Torah. In 1947, on the eve of Independence, the Jewish population of the Yishuv (pre-state Israel) passed 600,000.

Vav means hook, joining words or items, and is also known as the “vav hachibur,” the connector, and no Hebrew letter better symbolizes connection and togetherness. Sometimes that vav is missing.

From my vantage point, tashuvu is written without the vav to hint at the fact that in 1948, when we reclaimed the Land of Israel, we were missing Jerusalem and Hebron, the heart and soul of the Jewish people. We returned to the Old City and Hebron in 1967, during the Six (Vav)-Day War. (This year, Yom Yerushalayim, the holiday of the return to Jerusalem and its unification, is celebrated the evening of May 23 and May 24).

As Rabbi Yitzchak Meir Goodman points out, the root of the word Hebron is chaver, meaning friend or connection. Hebron is the “chavrusah” or partner to Jerusalem. The Talmud Yoma records that services in the Temple would begin in the early morning only after “the east has lit up until Hebron.”

Rabbenu Bechaya adds that Hebron is the place that connects this world to “The City of the Four,” a spiritual city in heaven called “Jerusalem,” said to possess four levels of holiness. In that holy city above, the soul ultimately connects itself (“Hebron”) to the Almighty.

King David first reigned in Hebron and later in Jerusalem. Hebron is mentioned 87 times in Tanach (the Bible) and is the world’s oldest Jewish city. The psalmist describes Jerusalem as a “city that was joined together.” The Jerusalem Talmud explains that Jerusalem “joins each Jew to the other,” a focal point of unity and cohesion. Rabbi Shlomo Aviner adds that Jerusalem is built as a city that is joined (chubra) together, a city that makes all Jews chaverim (friends).

Rabbi Moshe Zvi Neriah, a student of Rav Kook, notes that the reason Israel didn’t succeed in capturing Jerusalem in 1948 was because we didn’t have Jewish unity. During the War of Independence, he writes that “the Palmach forces broke through the Zion Gate, while the Etzel forces were ready to break through the Damascus Gate. … Had we succeeded then in conquering the city, there would have been arguments about who captured the city and to whom does she belong. Jerusalem would have become a cause for conflict and dissension. … It was only in 1967 when we approached the Old City united, with one army — entering through one gate — that we merited regaining the city. The IDF, an army representing the national unity government of Israel, and Jews all over the world, entered via Jerusalem’s Lions Gate and liberated the city.”

The Talmud relates that the Babylonians (who destroyed the First Temple) and the Romans (who destroyed the Second Temple) broke into the Temple on Sunday afternoons. On both occasions, the Levites, whose job it was to sing daily song, sang the Song of Wednesday, even though it was Sunday. No one really understood why. Rabbi Nachman Kahana of Jerusalem states that the reason became clear in the Six-Day War. It was on a Wednesday, the third day of the war, that Israeli soldiers restored Jerusalem and Temple Mount to Jewish sovereignty for the first time since the destruction of the Temple.

Writes Rabbi Kahana, “The Levites in both Temples, at the lowest moments in our history, were given Ruach HaKodesh (Divine inspiration), to see that the return of Jerusalem to the Jewish nation would occur as it did in the Six-Day War, so they sang the song of Wednesday.”

Rabbi Zev Brenner is president and CEO of Talkline Communications Network, a Jewish radio and TV network, and host of its flagship program “Talkline with Zev Brenner.”