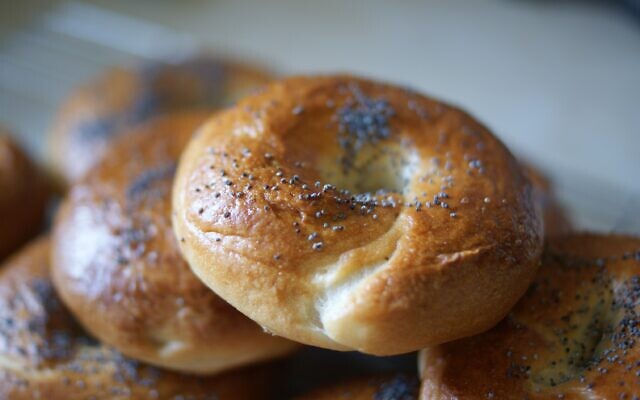 In order to help our readers understand ranked choice voting (RCV), which will be used in next week’s NYC elections, we asked them to rank their favorite bagels in an online poll.

In ranked choice voting, voters do the same thing: rank candidates in order of their preference. If a candidate wins 50% of first-choice votes, they win. If not, counting goes to another round, only this time the lowest-performing candidate is eliminated; if your favorite candidate is eliminated, your vote goes to the candidate ranked second on your ballot, until someone crosses the 50 percent threshold.

Using the bagel analogy: If you really wanted sesame but the shop ran out, what would be your next choice, and your choice after that? Of course, you could decide that if they don’t have sesame, you’d rather not have a bagel, but that’s not how elections work: Somebody has to win.

The advantage of ranked choice voting is that it gives you more say in bagel flavors — that is, who gets elected. “Even if your top choice candidate does not win, you can still help choose who does,” according to a helpful explainer by NYC Votes.

By contrast, in the typical “plurality winner” system with multiple candidates, a candidate can win with a minority of votes — even if the plurality leader is unacceptable to the majority. We’d all be stuck eating a cinnamon raisin bagel, let’s say, when the majority of us could have lived with our second or third choice —  the consensus “backup” choice.

In the first round of voting in the Jewish Week Bagel Ballot, nearly 400 people voted. That means the winning bagel needed to cross a 195-vote threshold.

In an ideal demonstration, the race would have been close. But apparently, everyone loves a bagel with everything. 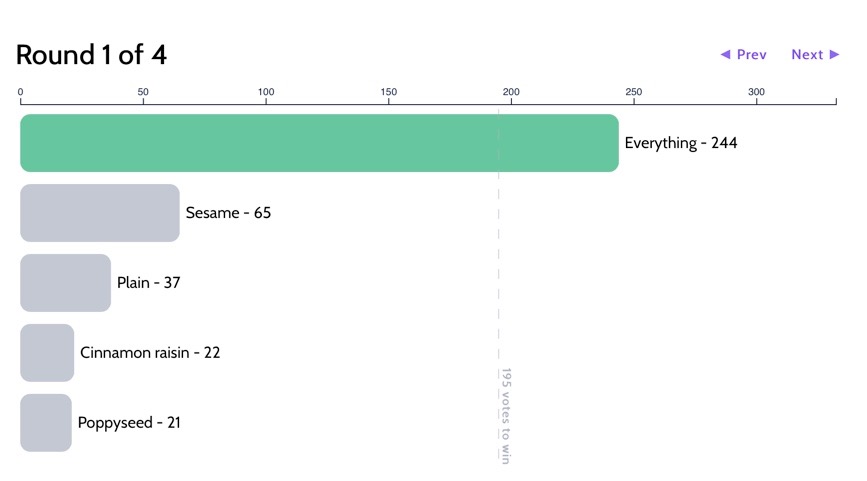 The Jewish Week Bagel Ballot, Round One.

But just to give you an idea how RCV might have worked, we experimented with a subsequent “round.” In round two, poppyseed finished dead last with only 21 votes, so we distributed those voters’ second-place choices among the remaining candidates. 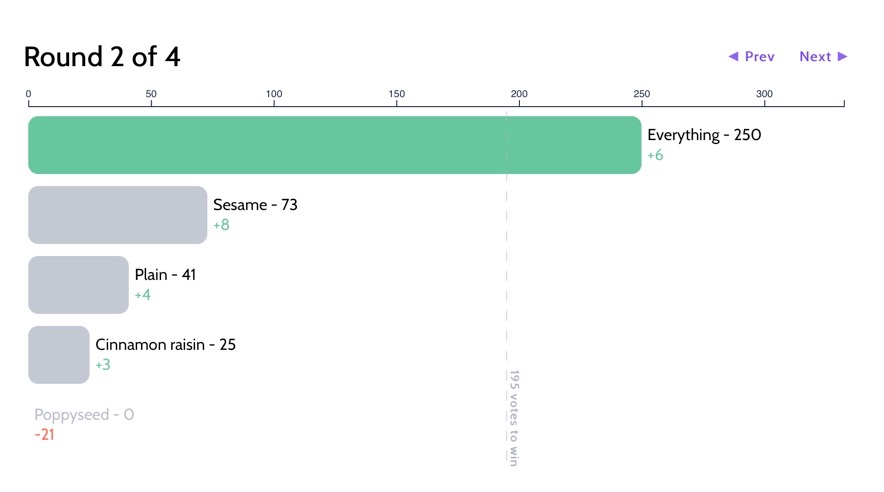 As a result, cinnamon raisin gained 3 votes, plain picked up 4, sesame got 8 and everything got 6 (3+4+8+6=21). It didn’t change the outcome, but it suggested that at the very least, six more voters had a say in picking the winner. And if the race were close, more people would have been satisfied — or at least less disappointed — in the outcome.

As Rob Richie, president and CEO of FairVote, told Vox: “Fundamentally, what a ranked-choice ballot as we propose it does is give a voter a backup to their first choice. From that, it creates really positive incentives for how candidates act and how voters act.”

For more on RCV, there are helpful primers from The New York Times and The Gothamist.

And for the history of the everything bagel, go here.