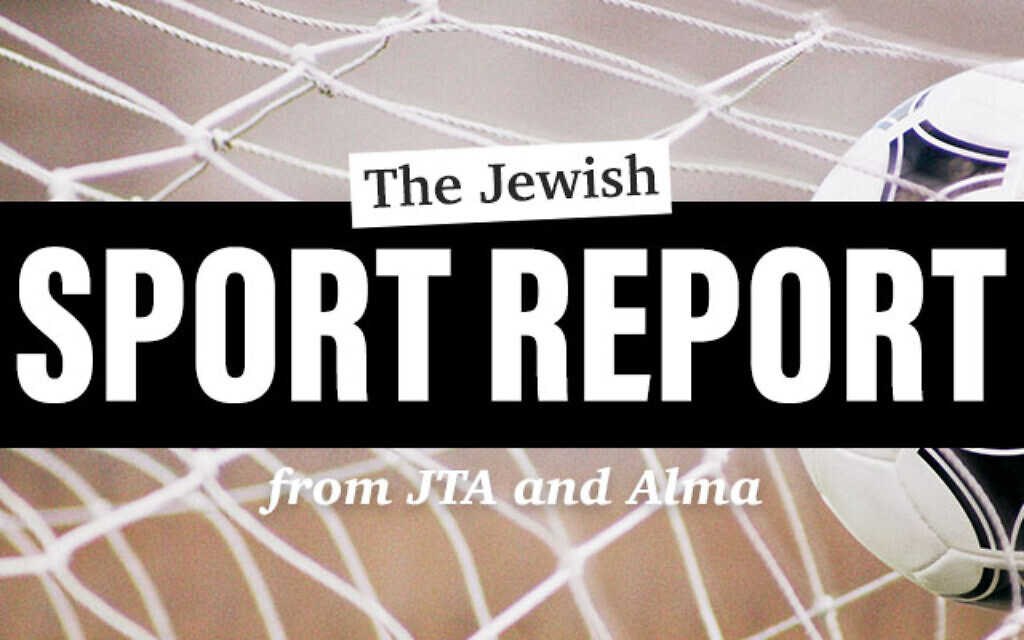 This Sunday is the 50th running of the New York City Marathon, and for Livingston, New Jersey native Peter Berkowsky, it will mark his 36th trip to Staten Island for the big race.

Berkowsky isn’t competing — he hasn’t run a marathon since 1984. Instead, he’s continuing a different tradition: the pre-marathon minyan. The NYC Marathon minyan, run by a group of 10 volunteer staff, attracted hundreds of participants in 2019. (Peter Berkowsky)

It started when then-runner Berkowsky’s mother died in ‘83. Still in the mourning period, Berkowsky sought a minyan to recite Kaddish on the morning of the marathon. That first year, 26 people showed up. In 2019 (the 2020 marathon was canceled), more than 200 participated. The minyan is believed to be the longest established religious service at any major sporting event anywhere in the world.

On a day that draws runners and spectators from around the world, the minyan has created a powerful Jewish community. “It is very heartening to see runners sharing tefillin, like a runner from France would share his tefillin with somebody from South America,” said Berkowsky.

Learn more about the NYC marathon minyan from The Jewish Week’s Julia Gergely.

Making moves on & off the field 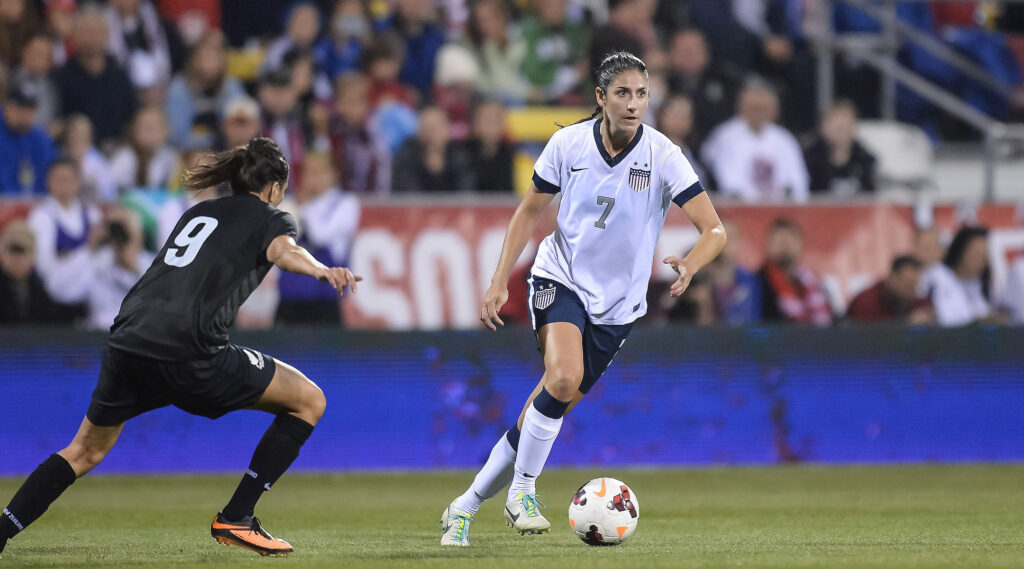 The U.S. Women’s National Team is my favorite team in any sport, hands down. Mia Hamm was my idol growing up, and though I played soccer from kindergarten through eighth grade, I was never that good. My dad, who was my coach for those nine years, loves telling a story about how when he put me in as goalie one time, I was immediately hit in the nose with the ball, and refused to go back in. “If only you spent half as much energy as you do reading as you do on soccer, you’d be great at soccer” was a familiar refrain in the car ride home. Spoiler alert: my energy remained on books, and here I am now, writing the Jewish Sport Report.

Why should you care about my failed soccer career? It’s relevant: I have spent my years so far in Jewish journalism desperate for a Jewish angle on women’s soccer, and my searches always circled back to the one and only Yael Averbuch West. So I am overjoyed to share that I had the opportunity this week to interview the former Jewish soccer star herself, who played for the UNC Tar Heels in college, a succession of professional clubs after graduating and the USWNT, before becoming the interim general manager of NY/NJ Gotham FC. (Bonus: Gotham made it into the playoffs this year, which begin this weekend, for the first time since 2013 — and they haven’t won a championship since Yael herself played on the team.)

“There are not too many Jewish athletes at the elite level, unfortunately. I realize more and more that just being me — a Jewish woman — and especially with the name I have, is setting a really important example for other Jewish athletes who aspire to play high level sports,” she told me.

She’s also been a pivotal player in the fight for fair pay in the National Women’s Soccer League, founding the National Women’s Soccer League Players Association (NWSLPA) in 2017. She’s never afraid to speak out on important issues, from player welfare to racism to sexual harassment, which has come up in the league this year. She’s also the founder of a soccer start-up, the host of a podcast, and — oh, no big deal — the mom of a 1-year-old with another child on the way. What can’t Yael do!?

By the force of sheer will, we are making the newsletter halftime a thing. Here are some stories that caught our attention this week:

WNBA, CALL DRAKE ON HIS CELL PHONE. Jewish rapper Drake posted on his Instagram story, “@wnba I need a Toronto team,” then added on his feed a photo of him and Elizabeth Cambage, the Las Vegas Aces center, writing “face of the franchise my mini me.” Drake, you have the funds to make this happen. Please link up with the WNBA powers that be, because we need a WNBA expansion like, yesterday.

SPEAKING OF JEWS IN THE WNBA… Jewish WNBA star Sue Bird is being honored with the Anti-Defamation League’s inaugural Changemaker Award at their annual conference this weekend. The group noted how Bird “uses her platform to advocate for Black Lives, equality, health, and wellness and expand opportunities for girls and all marginalized people.” (Along with Sue, guess who is also speaking at their ceremony? You’ll literally never guess, so we’ll tell you: Jewish actress Tracee Ellis Ross, actor Danel Dae Kim, and… Israel’s Foreign Affairs Minister Yair Lapid? We love to see it!)

IN JEWISH DAD NEWS: The E Street Band’s Jewish drummer Max Weinberg will perform at three events throughout Israel to fundraise for Israel Tennis. Find us a story that is better targeted to Jewish dads worldwide, we dare you. (Hi to our Jewish Dads, subscribers of this very Jewish Sport Report you’re reading. Do you actually read it? Will you read this and text us? Stay tuned.) (Forward along to your Jewish dad to tell them to sign-up??)

ADIOS, DIEGO! Jewish tennis superstar Diego Schwartzman — a.k.a. Ben Stiller’s BFF — ended his season in Paris on Wednesday. Watch this incredible return he made in his match at the Paris Masters against American Marcos Giron, a contender for shot of the year. We’ll be back on the Diego beat when the new season begins in 2022 in Australia!

The most Jewish flyout in World Series history 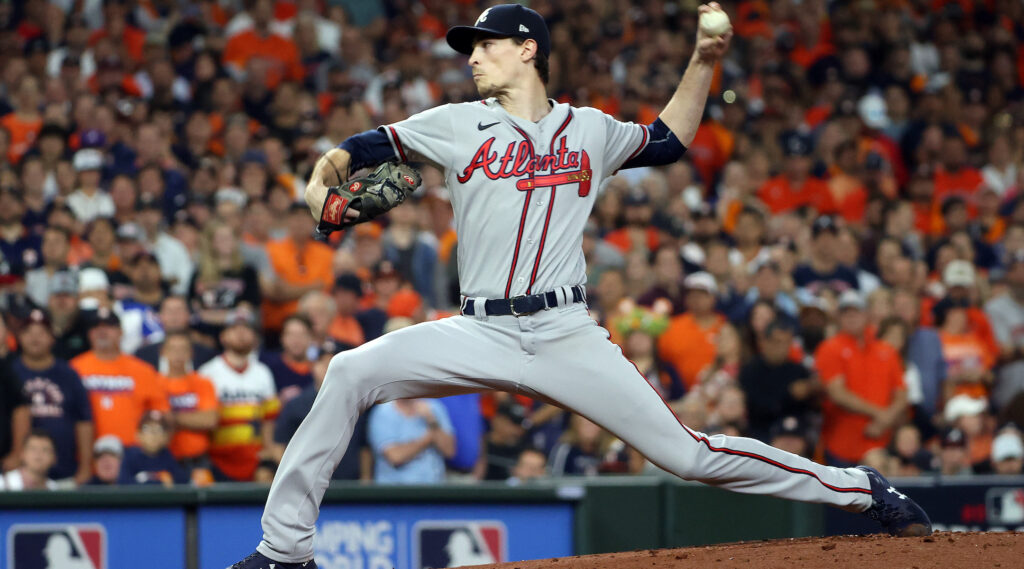 In the final game of what we believe to be the most Jewish World Series ever, Jewish fans were treated to perhaps the most Jewish play ever. In the bottom of the second inning of Tuesday’s Game 6, with Atlanta Braves ace Max Fried on the mound, Houston Astros star third baseman Alex Bregman lifted a ball to right field, where the one and only Joc(tober) Pederson caught it.

Dayenu, some fans proclaimed. A Jewish triple play, said another (Ok, that was me). An otherwise insignificant play showcased three Jewish players performing on the sport’s biggest stage. Not to mention, Fried dominated the stacked Astros lineup, overcoming a potentially serious injury to pitch six shutout innings in the Braves’ series-clinching victory.

Less cool for many fans, however, was the “tomahawk chop” on display at Atlanta’s Truist Park. A celebratory hand gesture often used by fans of teams named after Native Americans, the chop is a tradition that the National Congress of American Indians has long opposed as degrading, dehumanizing, and harmful.

Our colleague Evelyn Frick penned a must-read essay on why they couldn’t bring themselves to watch this World Series — no matter how exciting it was for Jewish fans. “While I hope Joc, Max, Alex and Garrett perform to the best of their abilities and individually have a great World Series, I refuse to view a sporting event that is perpetuating harm against another community,” Evelyn wrote.

For the last word on the 2021 World Series, we turn to Ami Eden, our CEO and CSN — chief sports nostalgist…

Mazal tov to Max Fried! Great series-winning outing. But the single greatest Jewish pitching performance in the World Series still belongs to Sandy Koufax. The one problem with all the celebration over the Dodger legend’s decision not to pitch Game 1 of the 1965 World Series during Yom Kippur is that it tends to obscure what happened in Game 7: Pitching on just two days rest, Koufax gave up just three hits and struck out 10 in a complete game shutout as the Dodgers won the series-deciding game 2-0. Check out all 10 Ks (including the final out) or, if you really want to be a Jewish Sport Report All-Star… watch the full game, available on YouTube.