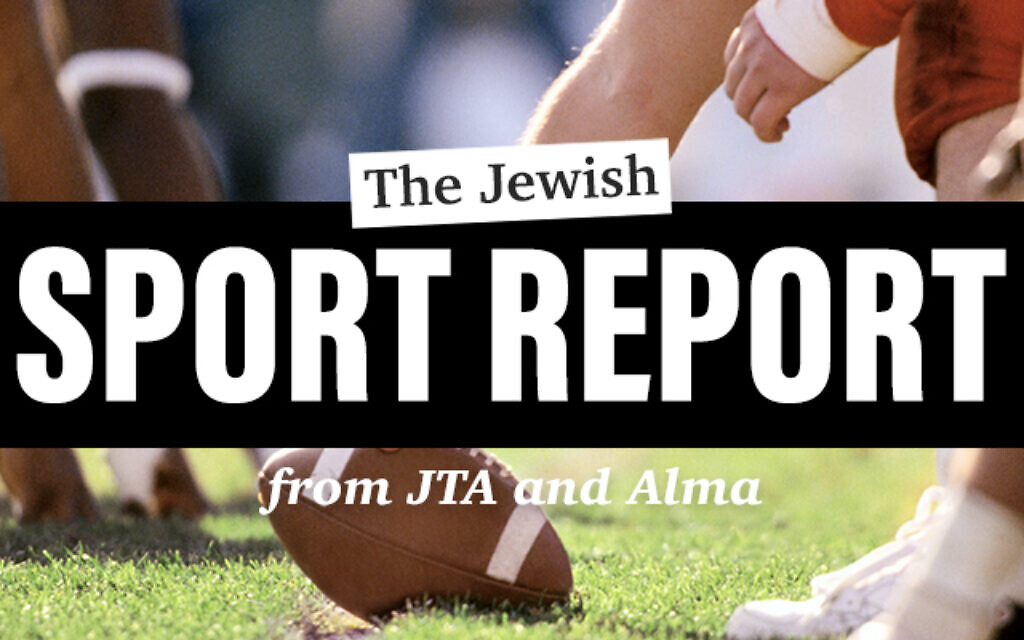 Hello and welcome to the second edition of the Jewish Sport Report! We know Jewish sports fans want to talk about all the Jews in the World Series, and don’t worry, we’ll get to that.

But we’re also fully in the midst of the NFL season, and we have to spotlight Minnesota Vikings kicker Greg Joseph, who is extremely Jewish. Just like pop star Lizzo, we love a man on the Minnesota Vikings.

The 27-year-old Joseph has said Judaism has “absolutely” guided his life. Born in Johannesburg, South Africa, to Jewish parents Glen and Ilana, he moved to Boca Raton, Florida, at age 7. Joseph played football and soccer at his Jewish day school (shout-out to the Donna Klein Jewish Academy — any Eagles reading this email?), attended Florida Atlantic University, and then played for five different NFL teams before landing on the Vikings this year.

It’s been a rollercoaster season so far: While he’s made 13 of 17 field goals this season, Joseph missed a game-winning field goal against the Arizona Cardinals on Sept. 19. But just three weeks later, he redeemed himself when he made a game-winning field goal against the Detroit Lions. (Watch him talk about being carried off the field after the game.) And if you’re into fantasy, he’s ESPN’s 9th-rated fantasy football kicker this season. Watch him on Sunday night against the Dallas Cowboys.

(Relatedly: Is kicker the most Jewish football position? Let’s discuss on Twitter.)

A golden age on the diamond 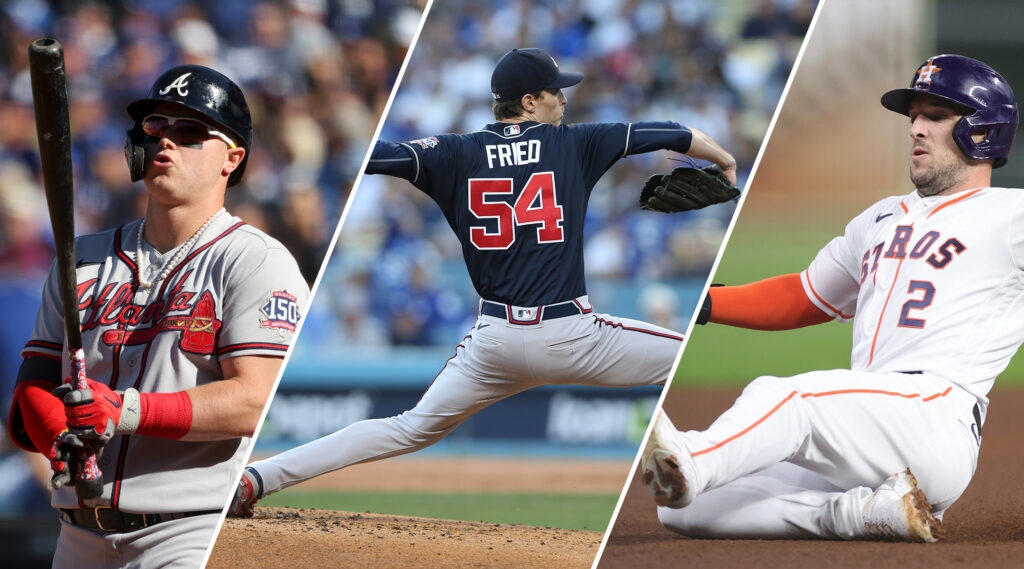 If you read this newsletter and somehow didn’t know that there are three Jewish star players in this year’s World Series, this is your friendly reminder. Two of our Jewish Sport Report writers have feelings on the historic moment, so they decided to chat about it. Here’s a lightly edited transcript of their conversation:

Gabe Friedman: So as a Mets fan, I’ve been (basically) boycotting this World Series, between my division rival Braves and the world’s most hated team, the Astros. But there’s a tweet making the rounds that caught my eye — it said that when Max Fried faced Alex Bregman on Wednesday, it was the first time in World Series history two Jews faced each other in an at-bat. And that really got me thinking: are we pretty quietly living through a historic golden age of Jewish MLB players right now?

Jacob Gurvis: I think you might be onto something. Sure, there are always a handful of Jewish players scattered around the league, but especially in recent years those have been mostly backups. No disrespect to guys like Ryan Lavarnway or Sam Fuld, but it’s been a while since we’ve had a real Jewish superstar player, let alone multiple, who are facing each other in the World Series. It is kind of remarkable. Not to mention, this feat happened on Oct. 27, the third anniversary of the Pittsburgh Tree of Life shooting. For a day associated with hatred — the deadliest antisemitic attack in American history — it is truly special to see Jewish players proudly representing the Jewish community on an international stage. Kind of gives you chills.

Gabe: Absolutely. You’re getting at a few things there. First, it’s pretty interesting that this Jewish player boom has coincided with this rise in antisemitism across the country over the past several years, and what I’d call the accompanying increase in Jewish cultural pride on TV shows and in other things. When we were growing up, there was so much less of both of this stuff — seeing both the Nazis at Charlottesville and the shtick of “The Marvelous Mrs. Maisel” would have been unthinkable. And it just so happened that the only Jewish star baseball I can remember rooting for was Shawn Green (who was an All-Star!). I think that also gets to the idea of rooting for Jews in baseball (or any sport)  as if we’re all on the same team. I can’t believe I was rooting for Max Fried the other night — but the guy practically has my last name.

Jacob: Ha! Definitely. Growing up in Boston, I had Kevin Youkilis to root for (and even met him!), and later Ian Kinsler. Then there’s the ever-problematic Ryan Braun. But aside from those few, it was certainly slim-picking as a Jewish baseball fan this century. Now here we are, watching an MVP-caliber third baseman face off against a Cy Young-caliber pitcher in the World Series. Sports fans in general have a tendency to place athletes on a pedestal, but there’s no question in my mind that having Bregman, Fried, and Joc Pederson all playing in this Fall Classic will have an impact on kids who can now see themselves in the game’s biggest stars. It’s so exciting.

Gabe: Good point on those guys — all really good players, who I think I had on my fantasy teams at some point. Braun was definitely a Jewish touchstone growing up, but I personally didn’t know that Youkilis and Kinsler were Jewish until they were several years past their prime. Do you think there’s an increased interest among fans in finding out which athletes are Jewish these days? Or am I just far more on top of it now that I’m in my Jewish journalism bubble?

Jacob: That’s an interesting question. I have always followed the Jewish players, regardless of team. Part of that was probably my own love for baseball as a player, then as a writer. There was also my father asking “is he Jewish?” every time a player with a name like Rosenthal popped up (sorry, Dad, Trevor Rosenthal is still not Jewish). But in general, I think the interest in this can ebb and flow with the game itself. Now that there are more Jewish stars, it’s possible that by mere fact of their talent and visibility, more people will pay attention to their Jewish identities. Whereas during stretches without such stars, it can be harder to find, and frankly care about, the lesser-known Jewish players.

Gabe: All good points — it clearly depends on one’s upbringing, and Jewish-dad-fan-level! To close: How do we think these World Series stars will go down in the Jewish baseball history books? As top 10 all-time, next to Sandy Koufax, Hank Greenberg, Ken Holtzman, etc.? They’re already really good, and still young, but any true baseball fan knows how hard it is to sustain a 10-plus year career with the numbers they put up (without steroids at least, Mr. Braun!).

Jacob: The good news is all three guys are young. Bregman and Fried are 27, and Pederson is 29. They’ve got plenty of time to keep filling out their trophy cases. Fried, in particular, is incredibly promising. He was electric in 2020, and he has the stuff to grow into a true ace. Bregman is the type of player who will likely finish in the top-five in MVP voting every year he’s healthy. Pederson is a good hitter who turns it to another level in the playoffs — I mean, see: Joctober. All three are fun to watch, even when the results aren’t there (like in the first two games of the World Series). So as tempting as it is to compare and get bogged down in debates about legacy, I’ll end with this: as a Jewish baseball fan, I am thrilled and grateful to be watching three talented, exciting Jewish players competing at the highest level.

Can there be a halftime in a newsletter? Who cares, we’re adding one. Here are 5 sports stories that caught our attention this week.

ONE MORE YEAR FOR SUE BIRD? Could Jewish basketball legend Sue Bird play one more season? On a Monday Night Football broadcast this week with the Manning brothers, Peyton asked Sue about the speculation surrounding her retirement. Her reply? “We just opened a new arena here in Seattle. I happened to be in there the other day for the opening Kraken game. And it was tempting — the thoughts of playing there were very tempting.” She told the Mannings with a smile on her face: “I’ll leave you with that.”

A MINYAN IN THE PRESS BOX. On a recent episode of ESPN’s The Michael Kay Show, hosts Michael Kay and Peter Rosenberg discussed whether Wednesday was “the most Jewish World Series game in history” with ESPN’s top baseball reporter, Jeff Passan, who is Jewish. “Typically, it’s just in the press box we can get a minyan together,” Passan joked. “We might actually be able to get the players involved here, too!” The trio then debate the appropriate amount of money to give to colleagues’ children for their bar mitzvahs. Take a listen (skip to 1:40).

ANNOUNCER MAKING (JEWISH) MOVES. This is the first time in nearly three decades that Marc Zumoff, a member of the Philadelphia Jewish Sports Hall of Fame, isn’t calling Philadelphia 76ers games. So what’s the television play-by-play announcer doing with his time? Zumoff is recruiting 14 budding broadcasters to provide coverage of next summer’s quadrennial Maccabiah Games. Rising high school seniors, college students and postgraduates up to age 25 are eligible for the program, called Maccabi Media. The Jewish Exponent has the story.

26.2 IN JERUSALEM. The Jerusalem Marathon, typically held in March, took place this morning. The men’s winner was Yamar Gethon, 29, who ran in 2:24:07 and said after winning: “Running in Jerusalem was a dream for me.” Gethon’s next dream is to run in the Paris Olympics. The women’s half marathon winner was Beatie Deutsch, an ultra-Orthodox athlete and mom of five, who crossed the finish line in 1:20:04. 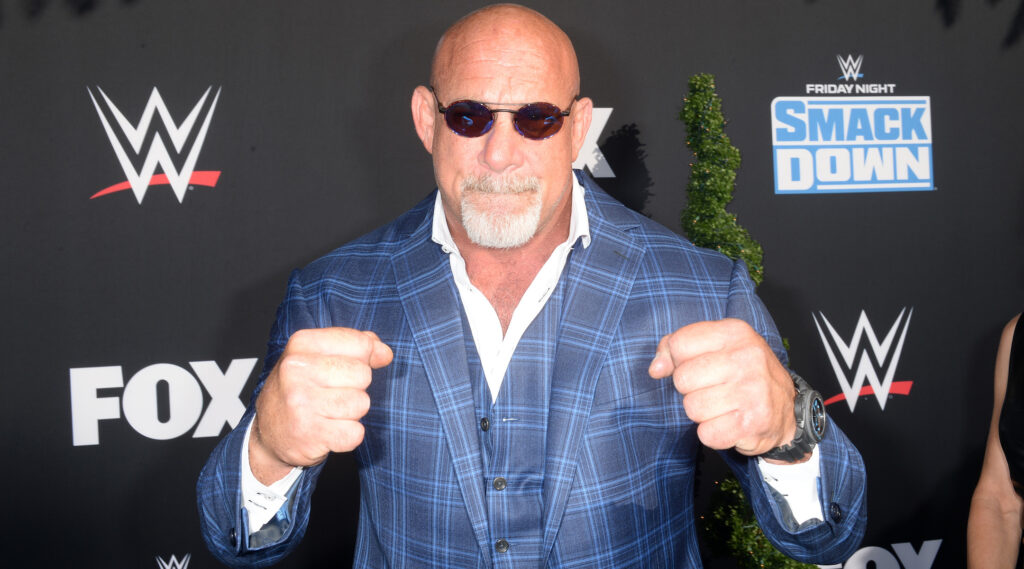 Still no sign of Saudi Arabia joining the Abraham Accords. But that doesn’t mean the wheels of Jewish-Muslim coexistence aren’t turning in the kingdom: The legendary Jewish WWE wrestler Goldberg has been competing in matches there.

Goldberg (civilian name: William “Bill” Scott Goldberg) reportedly gets paid extra well for his appearances in that corner of the Middle East. Fans in Riyadh were cheering last week as he racked up an impressive win over Bobby Lashley in a No Holds Barred grudge match at WWE Crown Jewel 2021.

Our wrestling expert — let’s call him the Masked Federation Executive — was among those impressed with Goldberg’s outing. “An incredible event where the fan-favorite Goldberg proved his mettle. But of greatest interest is that the Jewish wrestler is apparently a favorite of the Crown Prince and he is requested to appear each year.”

The victory was a redemption of sorts for the Jewish grappler and four-time WCW and WWE champion, following a subpar performance at Super ShowDown 2019 in Saudi Arabia, in a decade-too-late clash with The Undertaker (“Knocked myself out and thought I could finish…. love my fans…..but let u down,” Goldberg tweeted at the time).

Yes, it’s the World Series! Did you read above? To watch Pederson, Fried, and Bregman in action, tune into Game 3 tonight, Game 4 Saturday night and Game 5 Sunday night. We, of course, remain on Joc Pederson Pearl Watch.