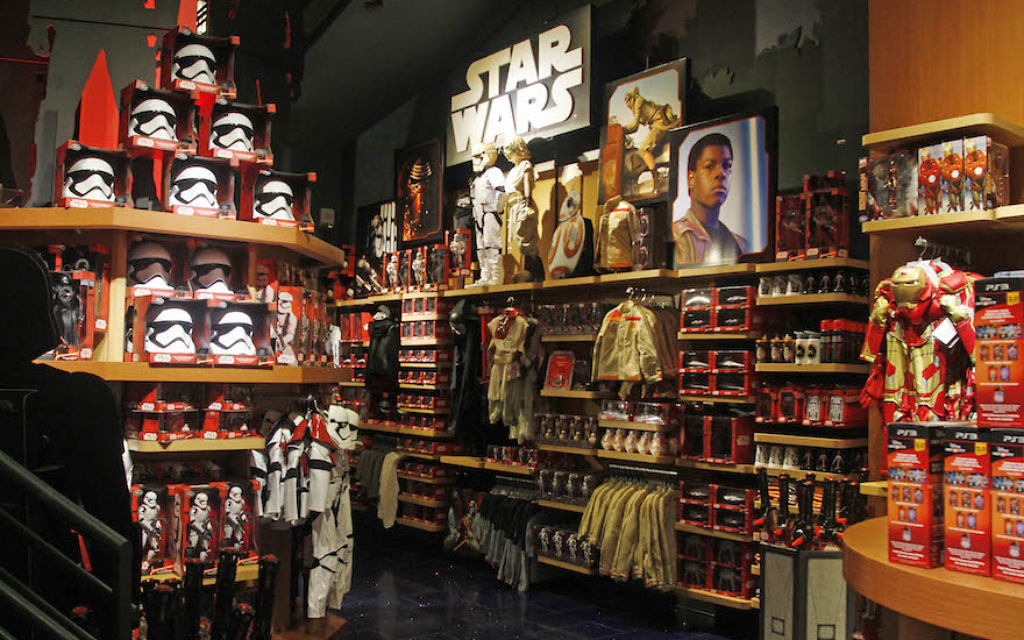 In the nearly 40 years since the breakout success of the first “Star Wars” film, the franchise has raked in $37 billion, mostly from branded toys and other merchandise.

Ahead of “Star Wars: The Force Awakens” — the latest reboot of the films, by director J.J. Abrams — there’s a whole new generation of intergalactic gear to spend your money on. And some of it’s even Jewish!

With the Force awakening just after Hanukkah, on Dec. 18, here are the 5 best Jewish-themed “Star Wars” gifts money can buy.

“A hoot, these Yoda Mezuzahs are,” reads a product description, in appropriate Yoda syntax, on the Modern Tribe Judaica website. The company notes that Lego has not officially authorized the mezuzah, but Yoda likely would – because let’s be honest, he’s pretty much a wise old rabbi.

This recreation of Darth Vader’s lightsaber handle is billed as “perfect for breakfast on Bespin,” a fictional planet in the “Star Wars” universe – but it would work equally well as a shamash holder. The candlestick comes with three red candles (the color of Darth Vader’s weapon). Warning: It may lead to an impromptu lightsaber duel at the family Hanukkah table.

Everyone’s favorite astromech droid, the lovable R2-D2, has been transformed into everyone’s favorite Hanukkah toy. However, the product, which can be made out of a paper printout and a pencil or straw, is much less hi-tech than its robot subject.

When it comes to “Star Wars” yarmulkes, committed fans have a decent array of choices on websites like Etsy. They are guaranteed to look better than Anakin Skywalker’s humorous hair braid seen in the prequel films.

These kosher cookies would fit in equally well at a Hanukkah party or a “Star Wars” movie marathon. But it might take a strong connection to the force to find them, as they are not available to order online.