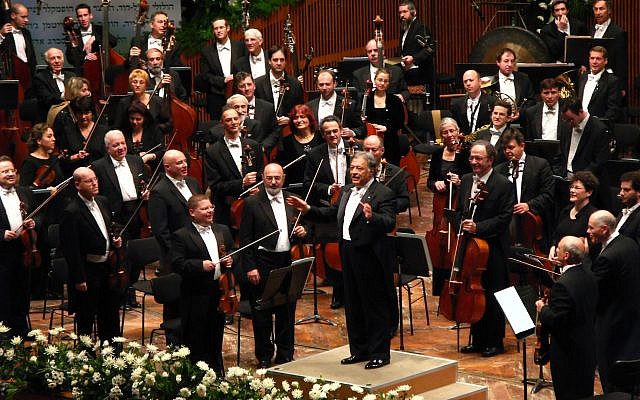 Since 1936—even before the state of Israel was born—the Israel Philharmonic Orchestra (IPO) has performed beautiful symphonies all over the world. For many years, the Orchestra has been led by Zubin Mehta, a man who has not only been an astounding musical director but has also been extremely dedicated to the music. At the beginning of the Six Day War, Mehta learned that the conductor who was supposed to lead an Orchestra performance had dropped out, and without hesitation, he boarded a plane to Israel to lead the concert himself. This was not an exception, Mehta frequently went to great lengths for his beloved orchestra; he also conducted performances during the Lebanon War, the Gulf War and others.

Recently, Maestro Mehta announced that he would be retiring in 2019 after 50 years as the Musical Director of the IPO. In an interview, he told the American Friends of the Israel Philharmonic Orchestra, “I hardly feel where the years have gone by and yet they say that I have conducted almost 3,486 concerts!”

Mehta scheduled one final tour before his retirement, which included six stops in the United States. I was fortunate enough to attend one of the concerts at the Tilles Center in Greenvale, NY last month, and it was incredible. The Orchestra performed Schubert’s Symphony No. 3 in D major D.200 and Bruckner’s Symphony No. 7 in E major. Mehta sadly was unable to conduct the concerts on the tour due to health issues, so the Orchestra was led by Yoel Levi, but that didn’t stop me from finding the magic in the music.

While listening to these symphonies, I realized the importance of the IPO. There are many negative associations with Israel, but the IPO brings people together by sharing beautiful music around the world.

As Shimon Peres once stated: “It is impossible to imagine Israel without its Philharmonic Orchestra.”