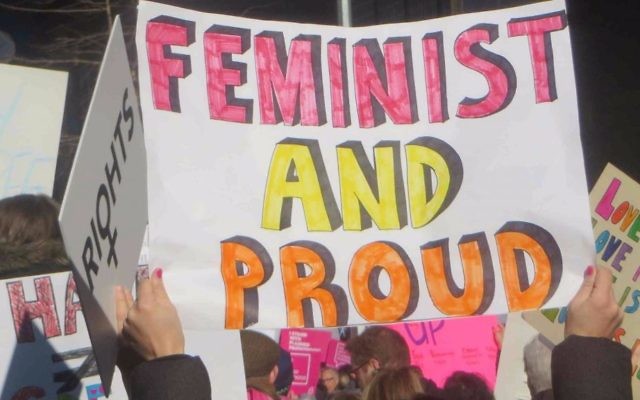 Judaism and feminism have always been significant parts of my identity; I was born into them. From my father I inherited thick, curly hair and a nose that’s a little extra lumpy; and from my hometown, New York City, an appreciation for bagels with schmear, and for obnoxious Brooklyn accents littered with “schelps” and “oy veys.”

From my mother, I inherited an understanding of gender equality, the wage gap, sexual harassment and knowledge about feminist leaders such as Gloria Steinem. Before I was truly acquainted with the word, I was a feminist. While I’ve always been unquestionably both Jewish and feminist, it never occurred to me that there was a place for feminism within Judaism, or that there needed to be.

I began questioning the concept of G-d at a young age. And, largely due to the outdated notion of G-d as the “old man in the sky” I was never explicitly taught but somehow was able to picture, I ignored the parts of Judaism I found dubious. Over time I developed my own version of G-d—who was inherently feminist—but this wasn’t a defining feature.

And so, throughout my elementary and middle school years, I dutifully attended Hebrew School, and I also read We Should All Be Feminists. I proudly fasted during Yom Kippur, competing with my Jewish friends about what age we started fasting, while truly understanding the importance of equal pay for equal work through my mother—the sole breadwinner for my family. The closest contact that Judaism and feminism ever had was when it was time for the silent prayer at Hebrew school, and I would pray to a construct of G-d that my dad would get a job because I knew a working man would make more money than a working woman. 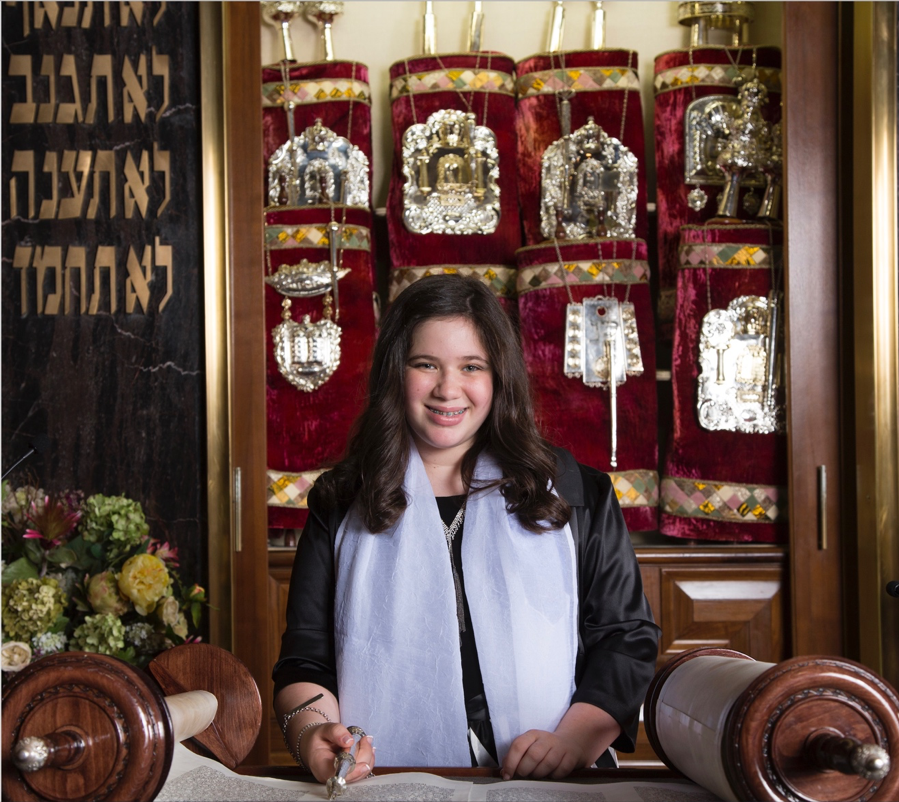 When I was in seventh grade, and preparing for my bat mitzvah, I read a summary of my Torah portion, Vayeitzei, for the first time. In Vayeitzei, Jacob, one of Judaism’s forefathers, and Laban, father to two of our foremothers, Rachel and Leah, both grossly mistreat the women in their lives. In short, Laban forced his daughters to marry Jacob, in exchange for Jacob working for him for fourteen years. Initially, Jacob was supposed to marry Rachel, but Laban tricked Jacob into marrying Leah first, thus forcing him to work longer before he could marry Rachel, his first choice. Once married, Leah is blessed by G-d with fertility, while Rachel is not. Rachel gives her maid, Bilhah, to Jacob for him to impregnate, and Leah does the same with her maid, Zilpah, in a strange competition.

When I read this summary I was appalled by how Rachel and Leah were regarded as no more than currency by their father. And, Bilhah and Zilpah, sometimes thought to be two half-sisters of Rachel and Leah, were forced into bearing Jacob’s children. I found the half-sister narrative, as it’s laid out in the Torah, reminiscent of fairytale villains—making Rachel and Leah seem like the evil ones.

While the text leads us to believe that Rachel and Leah simply “gave” their handmaidens to Jacob in an act of villainy, their actions were only products of their identity and place within an ancient patriarchal society as women. Their only value and currency were as wives and mothers, and they had almost no agency, so their actions in this story reflect that sad truth. It is the men in this story who are responsible for the gross mistreatment of women.

The very idea that I would have to proudly chant and accept this story, this version of Judaism that so obviously conflicted with my feminist sensibility, forced me to question my Jewish identity in a very real way, and for the first time. I was learning to chant Torah and Haftorah and the many prayers I would be leading while questioning the values of Judaism in an attempt to assess whether I wanted to become a Jewish adult. It was only through writing my d’var torah as a spoken word piece about this Grimm fairytale/nightmare sequence in our Torah, I finally began to understand the complex relationship between Judaism and feminism in my own life.

While I didn’t suddenly become some sort of expert on the intersection of Judaism and feminism after my bat mitzvah, recognizing that there was a relationship between two of the tenets of my identity was an important start. Since then, I’ve tried to make a conscious effort to bring feminism into my Judaism, mostly through questioning the validity of outdated Torah portions or simply becoming more aware of the flawed nature of specific aspects of Judaism.

I’ve also realized the importance of applying a feminist lens to all the different aspects of my life, even if there doesn’t seem to be space for feminism. I’ve only begun to examine the intersection of Judaism and feminism in my own life, but feminism has already become rooted in my Jewish identity, and as I continue to grow and learn, my understanding can only deepen further.

Mirabel Sandler is a junior at Hunter College High School in Manhattan.