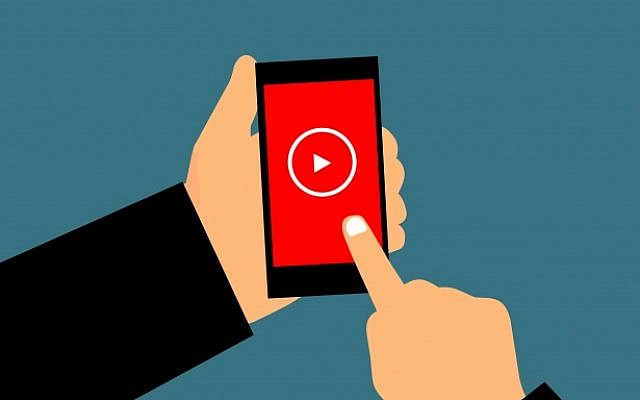 Several days ago, I was waiting at the station for the train to Manhattan, busying myself with an absent-minded scroll through Facebook. Amid smiling pictures from spring break excursions and other content, a video of injured people caught my eye.

A distant friend of mine had posted the video, which depicted a moderately injured Palestinian man and his sons due to Israeli attacks. According to the post, the men were hurt in Israeli strikes on the Gaza strip. I took a moment to consider the images. Whenever analyzing political social media posts, context is always key.

If someone saw the video of the injured Palestinian man and his son without a balanced understanding of the Israeli-Palestinian conflict, the viewer would see Israel as the aggressor. Regardless of the true situation, in which a hostile, anti-Semitic Islamist group Hamas first fired rockets indiscriminately into Israel in attempts to reclaim what they believe is stolen land, the 21st century viewer is left with only the image of Palestinian injuries, which is upsetting and disquieting, but in need of real political context.

Scrolling further, I encountered several more short political videos from friends, each no longer than three or four minutes in length. Ranging on topics from U.S. tax policy to climate change, these videos have become increasingly commonplace online in recent years. With the ease of the “share” feature which many platforms offer, my generation of social media-savvy high schoolers has been endowed with the ability to act as political advocates on a variety of issues online, especially as we come into voting age.

The nature of these videos, which have become popularized by media companies such as NowThis News and AJ+, allows for rapid viewing and easy sharing. They tend to have built-in subtitles, which let viewers read the content without headphones or in quiet spaces. The videos summarize and condense deeply complex issues, like the Israeli-Palestinian conflict, into bite-sized pieces of information. Like lost puzzle pieces, the videos offer incomplete components of deeper stories.

Lacking the complexity of deep-reporting which can be found in traditional newspapers or reputable online articles, these online videos tend to focus on the human side of a conflict, engaging viewers’ pathos and neglecting their political logos. Sharing them quickly allows for a false façade of activism without active understanding and can lead to the dangerous propagation of single-narratives and misinformation.

In addition, many online political videos, viewed and shared by many as news, are actually news analysis or pure opinion pieces. They exhibit one bite-sized opinion, almost always that which aligns with the publisher or news organizations’ typical political stances.

Yet, videos such as this one are often shared and reposted, allowing untruthful or heavily biased coverage of topics to crusade through social media as the truth. When peers repost opinionated news videos online, the illusion can form that the majority holds the opinion represented in the video. The reality is that these users are simply sharing the views of another person or media organization.

Whenever using social media or the Internet as a source for political information, it is critical to remember that context is key. Any group or individual can cater images and words to play into a specific narrative, while excluding the key details that more balanced reporting would include. So, it is critical to read and educate oneself on a topic before accepting a single narrative for truth. And, before sharing an online video, it is important to ask: is this sharing the whole story?