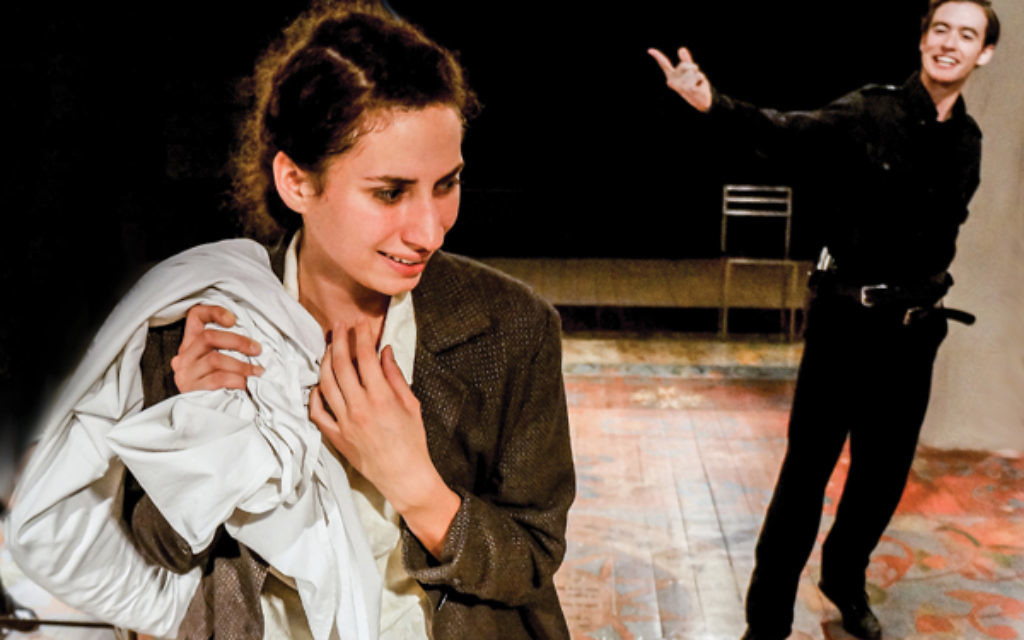 Unsung, for the most part, in this country, Hanna Krall is a literary titan in Europe, where her stories are renowned for their fairy tale-like evocation both of the Shoah and of prewar Jewish life in her native Poland. Now comes “The King of Hearts is Off Again,” a Polish stage adaptation of her 2007 bestselling novel, “Chasing the King of Hearts,” which opens next week in the East Village. When it ran in 2012 in Los Angeles, critic Steven Leigh Morris of the L.A. Weekly called it “thrilling physical theater.”

Krall, born in Warsaw in 1937, lost her entire family in the Majdanek concentration camp; she survived, she later calculated, because of 45 different people who helped at various times to conceal her. After a distinguished career in journalism, Krall gravitated to writing stories about the Shoah that are marked by the use of multiple narrative voices, fragmented storylines, and miraculous events.

“Chasing the King of Hearts,” which was first published in English last year with a translation by Philip Boehm, is composed of brief, page-long descriptions of the tireless quest of a real-life woman named Izolda Regensberg (played by Magda Czarny in the stage version); she posed as an Aryan in order to save her husband, Shayek (played by Waldemar Chacholski), from the Warsaw Ghetto and Auschwitz. The title derives from a fortune-telling session in which Shayek is identified with the King of Hearts.

Just as in the novel, the 70-minute stage version (which uses supertitles in English) moves back and forth in time; it is told from the perspective of an elderly Izolda who is living in Israel but is frustrated by her inability to tell her story to her children and grandchildren because she does not speak Hebrew and they do not speak Polish. Four actors play a total of 22 parts; the stage floor is painted with the image of a Polish wooden synagogue. The music is based on motifs from the works of saxophonist-composer John Zorn.

In a telephone interview from his home in Warsaw, director Piotr Borowski told The Jewish Week that Krall’s novel “shocked and moved” him because it reminded him of the great works of Polish literature — works, he said, about “great heroes fighting for freedom.”

“It’s like a Greek tragedy,” Borowski reflected. “It has the same quality, the same vibration. It’s about discovering what you are living for, facing the great challenges of life and love.”