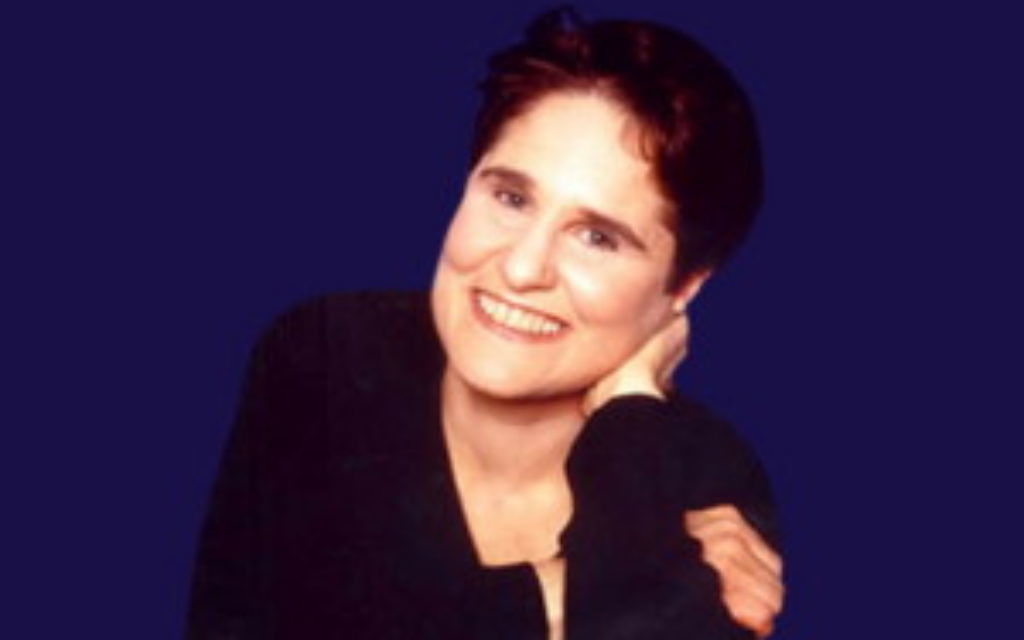 To a broken generation, Debbie Friedman delivered a mystical truth: You don’t have to be cured to be healed.

She, who suffered for so long from elusive, debilitating neurological illnesses that finally took her life Sunday after 59 years, understood, with humor and faith, that she was singing and writing with one foot in Heaven and the other on a banana peel. It was as if from Heaven, however, that her most ethereal music seemed to come, transforming not only lives but whole denominations.

She emerged in the 1970s, as if from a cornfield, from campfires in a Wisconsin summer camp, and an untethered Reform childhood in Minnesota where her parents wouldn’t even send her to Hebrew school, relenting only when she begged.

Without rabbinic, cantorial or even musical training, Debbie — even in formal settings she was always Debbie — nevertheless did more than anyone to upend the old Western European model of Reform Judaism, with its magisterial formality, organs, operatic cantors, let alone its scientific skepticism about the power of a blessing.

She was arguably the most successful composer of Jewish religious music in the American musical vernacular of folk and popular song, and she sang with an unvarnished voice, as simple, yet strong, as her prairie roots.

Let’s not pretend she was always loved by the Reform elders of her time. The JTA news service reported that she “was an outsider in the Jewish musical establishment for most of her life… she long faced resistance from cantors, rabbis and others who considered her music inappropriate in synagogue.”

The elders were not all wrong, Debbie admitted in an interview with me several years ago. “When I started I didn’t really know that much about liturgy. I hadn’t much of a background.” By the end, she was arguably the most influential Reform Jew of the last century, nothing less than a rebbe to thousands, from the unaffiliated to professional clergy. With more than 20 albums, selling more than 500,000 copies, she composed songs for every phase of life, from playpen to hospice, and in almost every genre.

However unfair it is to focus on one song, her “Mi Sheberach,” based on the traditional prayer for healing, was the most important, and perhaps the most loved.

Let’s put it into context: Several years ago, Jack Wertheimer, former provost of the Jewish Theological Seminary, wrote in The Wall Street Journal that liberal synagogues had pretty much eliminated the traditional Shabbat morning prayers for an individual’s healing “because they wasted much time,” putting “an unacceptable burden on the flow of a public service in the cause of a private prayer.” And anyway, what modern Jew believed that “healing” could come from a Hebrew incantation, a blessing?

But a change began to sweep over the country, noticed Wertheimer, in Reform synagogues “the entire congregation stands to sing the prayer in a melody and setting composed by Debbie Friedman…”

Her melody and wording is now heard in many Conservative congregations, and some Orthodox shuls, too.

That one song gave rise to an entire service, “the healing service,” that Debbie popularized in her travels. Synagogues that couldn’t fill the pews on a Saturday found people coming by the dozens on a weeknight to be part of the phenomenon. No one needed to speak, or do anything, really, other than have an appreciation of stillness, a willingness to blessed, to believe in a blessing, the power of anyone to bless anyone else.

You didn’t have to be Reform, either. I went to one of her first healing services in New York, in a side room at Congregation Ansche Chesed, in the early 1990s. I went as a journalist, as detached as if in a press box, and with an Orthodox orientation on top of that. Before the evening was over, I had to stop taking notes to wipe my tears.

The service, with Debbie on guitar, and with another person reading selected poetry and inspirational prose, would culminate with Debbie singing “Mi Sheberach,” a song that she’d stretch from its initially recorded brevity into a trance of 10 minutes or more.

The service was conceived, Debbie told me later, in prayer workshops in California over the years, “and when we saw how people were responding” to “Mi Sheberach” and other songs of quiet blessing (such as “Lechi Lach,” a gentle twist on God’s command to go “to a land that I will show you … And you will be a blessing”), the healing service “kind of created itself.”

The services became so popular that they were scheduled monthly at Manhattan’s JCC on the Upper West Side, when her schedule permitted. Debbie would ask participants not to sing along at first, “If it’s a blessing, you have to be able to simply receive.”

Later, in her apartment, stroking her dog Farfel, she said of the service, “For each of us, something is not right.” And yet, in service was so much “compassion and love… That’s the joy of it all.”

Instead of public confession at the services, she said she preferred to study a text, “like Jacob wrestling with the angel only to walk away limping but healed. Yes, I’m injured, I’m hurting, I’m broken, but it’s only my body, my soul is whole. … That’s healing. It’s not throwing away the crutches.”

Born in upstate Utica in 1951, Debbie and her parents moved to Minnesota when she was 5, her father finding a job in a Rayco garage, working on seat belts and mufflers. The move was hard for Debbie, who missed her grandparents back in Utica; they were her prime religious influence.

“What are you whispering, Bubby?” asked young Debbie.

“Oh, I make blessings on all the ones who are in Gan Eden (paradise),” said her Bubby.

Her grandparents’ home remained vivid to Debbie, as a holy, magical world; the red dimpled glasses for seder; the sukkah decorations; the bedtime Shema.

Most singer-songwriters in 1971 aspired to write love songs. Debbie wrote love songs, too, but to God. She even turned the Kaddish into a love song, which, of course, it always was.

After cantorial and teaching jobs in a half-dozen cities, she made the Upper West Side her base in the 1990s. She was more noticed by the media, and more appreciated by the Reform and Conservative seminaries based in New York. In 2007, her acceptance complete, embraced by a new generation of rabbis and cantors, she was appointed to the faculty at the Hebrew Union College-Jewish Institute of Religion’s School of Sacred Music.

“By creating a whole new genre of Jewish music, Debbie was able to reintroduce authentic Jewish spirituality,” said Rabbi Daniel Freedlander, vice president of the Union for Reform Judaism, in a statement posted on the movement’s website this week. “She wrote melodies that spoke to us, spoke to our intellect, spoke to our emotions.”

Reform Jews “had forgotten how to sing,” said Rabbi Eric Yoffie, president of the Union for Reform Judaism, on the website. What is heard in Reform synagogues today is “in large measure due to the insight, brilliance and influence of Debbie Friedman.”

Debbie moved to California in late 2010 to be with her mother and sister, but our goodbyes hinted of an ominous, existential farewell. She was healthy enough to fly to London for several jobs in late December, but she suffered a precipitous decline after returning to California, resulting in a hospitalization, pneumonia and an induced coma.

Debbie once laughed, remembering how she and her Bubby, after splashing in the bath, would play peek-a-boo with the towels. “Where’s Debbie? There she is!”

When Bubby died, Debbie participated in the traditional preparation of Bubby’s body for burial, pouring the water over Bubby. She and her Bubby believed in rituals, blessings and a Jewish goodbye.

Where’s Debbie? There she is — in the Other World and in this one, in hundreds of synagogues, summer camps and healing services.

And she will be a blessing.