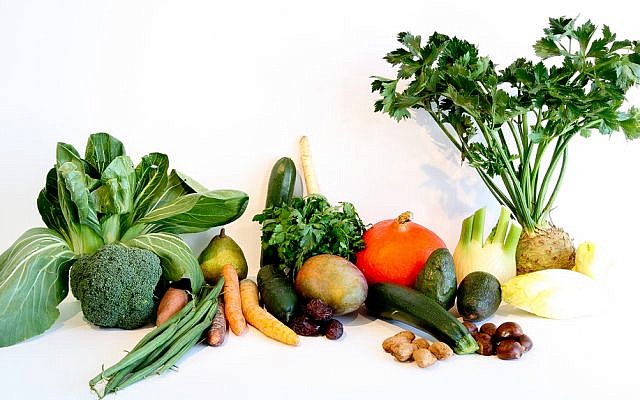 Most of the world celebrated New Year’s Day just last week. However, as a Jew, my New Year’s Day was back in September. Although Rosh Hashanah, the beginning of the Jewish year, is known as a profoundly serious day, it is actually a joyous day of proclaiming G-d as king of the universe. As such, the holiday includes prayer, food and symbolic rituals.

For many Jews, the trademark element of Rosh Hashanah is dipping an apple in honey. However, for many Persians, the real Rosh Hashanah food is cow’s tongue. For my family, tongue is easily the culinary centerpiece of the holiday meal. In the weeks leading up to Rosh Hashana, all my mom’s Persian recipe chats are overflowing with tongue recipes, local prices, seasoning controversies and suggestions for cooking methods that don’t stink up the house. Growing up, I agreed with the rest of my family that tongue was divine. I would anticipate it each year — that is until I realized why tongue is called tongue. That moment occurred on the first night of Rosh Hashanah in 2013.

Until then, I had always thought of eating chicken, meat or fish like eating any other food. Some part of me knew that chicken was from a chicken and fish was from a fish, but I didn’t really care. It was never something I consciously thought about. The animals in the zoo and the cut of chicken in front of me had forever seemed like two entirely different entities. However, for whatever reason, the cow’s tongue seemed distinctly cow-like that night. The bumpy texture, deep pink color and beefy smell suddenly was no longer appealing; it was gross. The tongue in front of me was a real tongue. It had previously belonged to a cow. It was dead. It was gross. The moment this realization hit me, I was done. I was done eating the dead. I didn’t enjoy tongue that night and haven’t enjoyed any ever since. I became a vegetarian.

At first, certain family members were very confused. They understood being a picky eater who wouldn’t touch meat and fish, but when the word vegetarian came up, some of my hardcore Iranian relatives were mystified. Truth be told, I expected these reactions from my family. Persians like their meat. A lot. A traditional Iranian meal generally contains rice and at least one type of meat. In the thousands of times I’ve visited my grandparents’ house, we’ve had a dairy meal maybe three times. For whatever strange reason, it seems that Persians have deemed dairy to be a lower class of food!

Nowadays, five years later, no one really bats an eye — our Shabbat and holiday table looks pretty much the same as before, just with the addition of some Matzah balls. As a vegetarian of five years, the idea that I ever enjoyed tongue seems inconceivable. It’s fascinating how a moment of enlightenment can render such change. All it took was an epiphany one Rosh Hashanah night to turn me to the green side.