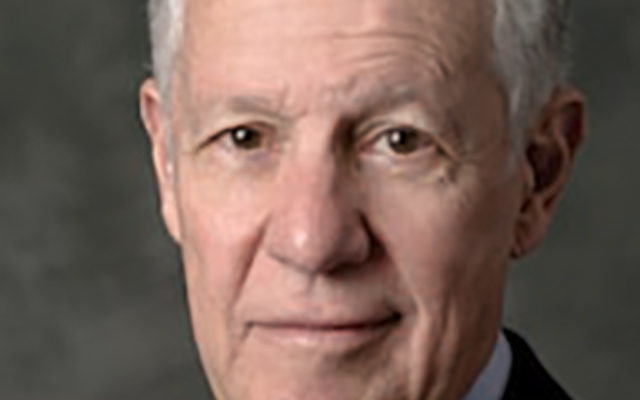 On April 17, Israeli Prime Minister Netanyahu convened a cabinet meeting on the Golan Heights and proclaimed that Israel will never give it up. While I completely agree with his position, I question the timing of the announcement.

One need only stand on the western or eastern edges of the Golan Heights to immediately understand the wisdom of the prime minister’s decision.

The Golan is a plateau, between 7.5 and 16 miles wide, and stands between the Sea of Galilee (the Kinneret) on the west and the southwestern edge of Syria on the east. It was taken by Israel in the Six-Day War in 1967 and defended, with a huge loss of life, when attacked by Syria in the 1973 Yom Kippur War. Giving it up would allow the forces of Bashar al Assad’s Syrian government, if it survives — or the terrorist organizations which are getting stronger in the area of Syria that borders the Golan — to pose an existential threat to that part of Israel abutting the Golan.

If you stand on the western edge of the plateau, you can almost throw a baseball and hit the Israeli villages at the foot of the cliff on the western shore of the Kinneret. Old-fashioned, short-range mortars can decimate those villages. A short-range missile fired from that vantage point can easily hit Tiberias, a city just eight miles away, on the eastern side of the Kinneret.

On the eastern edge of the plateau you can see Damascus in the distance and, more importantly, the clusters of buildings within a mile of the edge of the area housing Assad’s forces and the various terrorist organizations — ISIS, al Qaeda and Jabra al Nusra —intent on destroying Israel and at war with the West.  Giving up the Golan would all but invite these organizations to infiltrate the area.

Further, the Golan is not the West Bank. There are means to defend Israel were it to withdraw from some part of the West Bank. Those defenses include the continued presence of the Israel Defense Forces and improved technology. I know of no such protection were Israel to withdraw from the Golan, a very small area with hardly any Palestinian presence.

Five years ago, Netanyahu asserted that he would turn the Golan back to Syria as part of a peace deal. That was a different time, and the events since then suggest it would have been a mistake. His present assertion that Israel will not give up the Golan makes eminent good sense.

Still, the question needs to be asked why the prime minister chose to make such a public declaration at this time. There has been no public pressure on Israel to make any territorial concessions on the Golan. I suspect the U.S. and the EU, though consistent critics of settlement expansion in the West Bank, would acknowledge the strategic necessity of Israel holding on to the Golan.

But, faced with Netanyahu’s public declaration, it is not surprising that the U.S. and EU criticized the statement and demanded withdrawal from the Golan. (Should it be ceded to Assad? To ISIS?)

The criticism comes at a time when Israel is facing significant diplomatic challenges. The Netanyahu government and the U.S. administration are in the final stages of negotiating the Memorandum of Understanding, which will set the amount of U.S. military aid to Israel for the next 10 years. The U.S. has indicated that it is prepared to increase the annual level of aid from the present $3 billion to $3.7 billion. Israel has requested that the new level be set at $4.5 billion. Needless to say, the outcome of this negotiation is critical to Israel’s ability to defend itself in an increasingly dangerous neighborhood. Any distraction from the successful completion of that negotiation is counterproductive.

In addition, it is common knowledge that the French and others are preparing to introduce a Security Council resolution on the peace front that, whatever the content, will be problematic for Israel. It is inevitable that the Golan declaration will add to the pressure to adopt such a resolution.

Netanyahu was 100 percent correct in declaring that Israel will not give up the Golan. His timing, however, was unfortunate.

Robert Sugarman is a past chair of the Conference of Presidents of Major American Jewish Organizations.