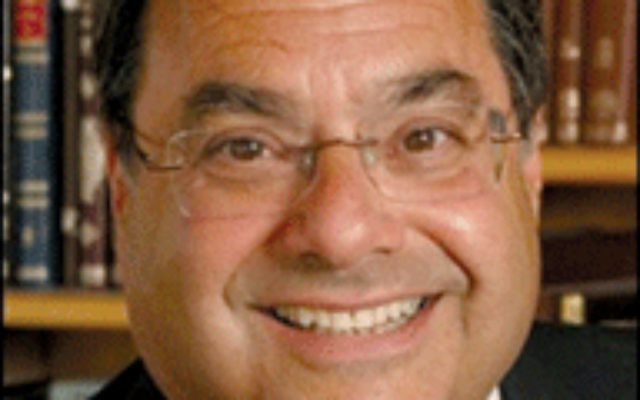 On Rosh HaShanah, the sighing-sobbing sounds (shevarim) of the shofar are the natural response of the Jew to an incomplete, imperfect world. We are entrusted with the mission of bringing down the Divine attributes of loving-kindness and courage, of compassionate righteousness and moral justice, to suffuse society with freedom and peace in order to perfect and complete the world in the Kingship of the Divine.

This is the message, then, of the firm, exultant and victorious sound (tekiyah) of the shofar when we crown God as King of the Universe.

This task is not a simple one; it requires our becoming a holy nation and a kingdom whose every citizen is a successful teacher of morality to the world. Hence, Rosh HaShanah begins a period of teshuva (repentance) that must continue until it succeeds — however long that may take. It will require the cumulative commitment of many generations to the retelling and then reliving of the biblical narrative, and to scrupulous observance of God’s will.

On Rosh HaShanah we cite God’s biblical promise that we will eventually succeed. We recite those verses again on Yom Kippur.

But there is a second significance to the broken, crying sound of the shofar. It is the existential sound of the individual who is living life within a vale of tears, who often doubts that this world will ever be perfected in the Kingship of the Divine, who always doubts that he or she will have the strength of will and character to make the world better, and who even doubts that the world had a Creator in the first place.

Although such a train of thought may initially release the questioner from certain ethical and ritual responsibilities, it can only lead to a dead end. If life is merely a “tale told by an idiot, full of sound and fury, signifying nothing,” why go through the struggle? The specter of a Sartrean world to which there is no exit other than suicide hardly leaves one with a life worth living or reproducing. It only leaves one trembling in fear before a dark, black hole of nothingness.

These questions plagued the children of Israel in the wake of the sin of the Golden Calf. Having experienced the concern, miracles and wonders of the Lord during the Exodus, as well as the riveting Revelation at Sinai at which they actually heard the Word of the Divine, how could they possibly have fallen prey to the orgiastic abandon of Dionysian debauchery? Moses, the source of their connection to God, had seemingly disappeared; they felt bereft and abandoned and so they lost themselves in a momentary “escape from freedom” and responsibility.

Moses is so frustrated that he smashes the sacred tablets. He beseeches God first to forgive Israel and then to teach the next generations how to deal with probable recurrences in the future. He says, “Make Your ways known to me” [Exodus 33:13] — now the Israelites must act to find favor in Your eyes, and “Show me Your glory in this world” [Ex. 33:18] — what truly characterizes You and Your relationship to us.

God then tells Moses to stand in the cleft of Sinai’s rock to ready himself for the second Revelation, the continuation of the Ten Commandments. God will reveal to Moses His Name, His face, as it were, the aspect of God that may be grasped by the human mind.

That was the Divine Revelation on the 10th day of Tishrei, Yom Kippur: Havaya, the Ineffable Name of God, literally meaning “to bring into being, to create,” and which the Talmud identifies as the God of infinite and unconditional love. The name is repeated twice, and as our Sages interpret, “I am the God who loves you before you sin and I am the God who loves you after you sin” — unconditional love.

The first Havaya explains that since God’s essence is love, His first human emanation, the human being, also has most fundamentally the transcendent power to love another and thereby to perfect himself and the world. The second Havaya explains that although the human being will fail and will sin along the way, God will always be ready to forgive as long as we seek forgiveness.

God goes one step further. Yes, in our imperfect and incomplete world, it is often difficult to find God, to sense His presence and recognize His concern. It is even more difficult to bring the Divine Majesty to this often corrupt and evil world. But once a year, God will seek us, “come down” to us in His cloud of glory, knock on our door with His gift of unconditional forgiveness. All we need do is open the door for Him and let Him in — into our hearts, where He can already be found, and into our homes and our families.

This is the magical gift of Yom Kippur, the day of consummate love.