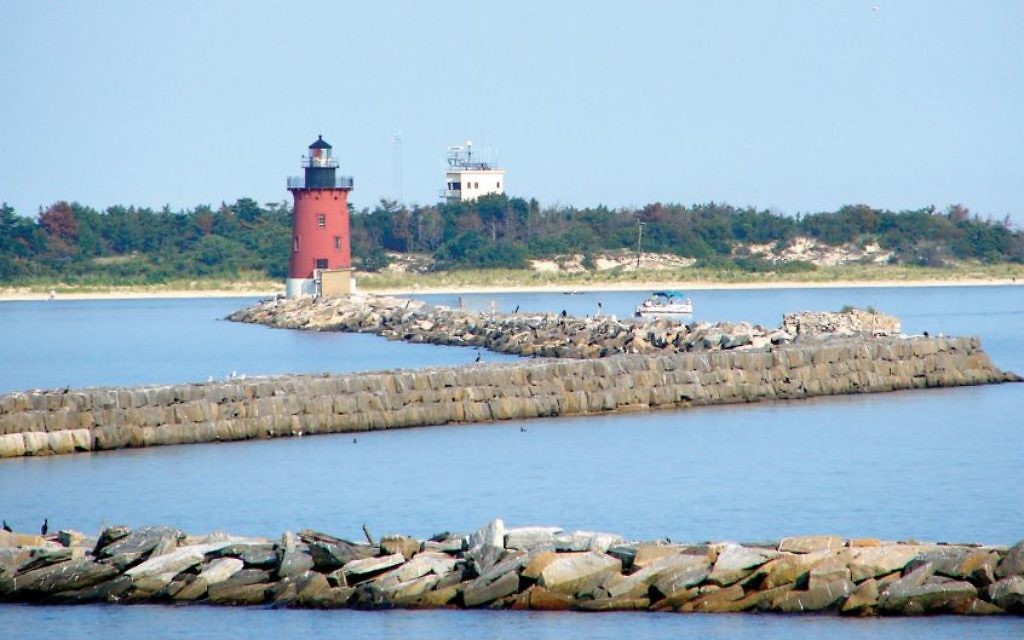 Lately, after many sojourns along the New England coast, Oggi and I decided to rectify a glaring gap in our U.S. beachgoing résumé: the Mid-Atlantic.

Having recently explored the Jersey Shore, we headed south to Delaware, a state famous for DuPont, Joe Biden, laissez faire corporate taxes and not much else. We knew there had to be beaches. Why weren’t they better known?

As it happens, the Atlantic resorts of Rehoboth Beach, Dewey Beach and Lewes, Del., are quite well known to weekenders from Washington, D.C., Philadelphia and Maryland, as well as, naturally, Delawareans. Like resorts up and down the East Coast, the Delaware enclaves are magnets for Jewish clans who reunite each summer on the same porches, beaches and boardwalks.

In recent years, they also gather at the Seaside Jewish Center in Rehoboth Beach. The unaffiliated, egalitarian congregation started with a communal Passover seder in the 1990s; it coalesced into more than 200 families — locals, vacationers and retirees — seeking Jewish worship and community. 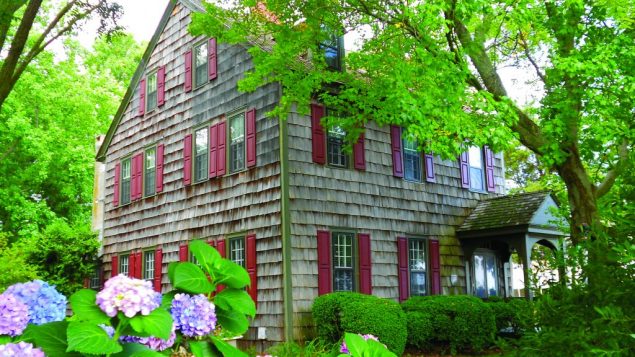 That community has grown along with the area, which has some undeniable charms. The surrounding countryside is verdant and lush, with miles of unspoiled farmland and shady forests.

Lavish expanses of soft, white sand greet beachgoers, along with ample parking, even on summer weekends. And the area’s venues — from lakes for boating and coves for kayaking to fish restaurants, raucous singles bars and surfside boutiques — provide plenty to do.

What Delaware doesn’t have is the kind of singular atmosphere that defines resorts farther to the north and south. Much of its coastline — occasionally marred by oversized high rises or tacky strip development — is virtually indistinguishable from the Jersey or Maryland shore. As pleasant as much of it is, Delaware has a certain blandness that prevents it from being a national destination.

Where The Delaware River Meets The Ocean

The state’s relative anonymity, though, has preserved a lot of its charm. To reach the shore towns, you leave I-95 behind and putter along U.S. Route 1 through endless fields sown with corn, lettuce and squash. The flat, dark-green landscape is punctuated with red barns and silver silos, white farmhouses and the occasional church or cemetery. 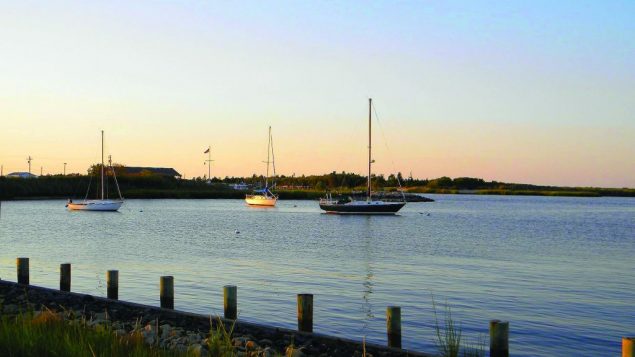 Sailboats in the bay at Lewes, Delaware; Flickr CC

Given how frozen in time much of rural Delaware is, I expected more history than I found in Lewes, which boasts of being “the first town in the first state.” Founded by the Dutch in 1631, Lewes is a pretty, leafy, small town with a walkable main street, a pedestrian bridge over a scenic canal dotted with boats and a wide, sandy beach where the Delaware River meets the ocean.

Much of the town center has vintage charm; some buildings appear historic, though more appear to date from the early 20th century.

One of those is the Zwaanendael Museum, named for the first colony here and modeled after an actual 17th-century Dutch town hall, with a brick-and-terracotta façade and a vertiginously peaked roof. Few come to Lewes for culture, but on a rainy day, an hour poking around model sailing ships, fossilized horseshoe crabs and an exhibit on historic lighthouses is diverting.

A few minutes’ drive around the point leads to the larger, more cosmopolitan town of Rehoboth Beach. The wide, inviting main street is lined with fish restaurants, en-plein-air bars and boutiques; leafy residential neighborhoods felt summer-lively with the chatter and smoky scent of backyard barbecues. 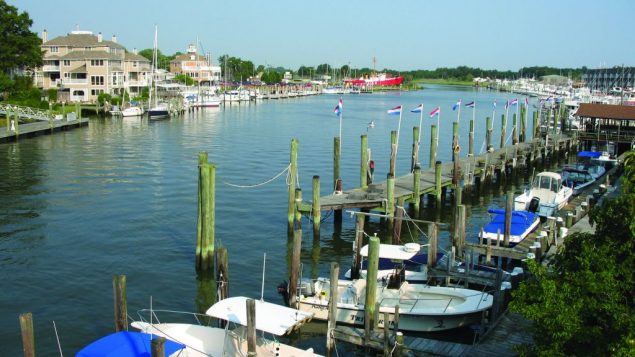 We passed fishermen casting lines in the placid waters of Lewes and Rehoboth Canal, and saw plenty of hikers, bikers and birders exploring the inlets and marshes of Cape Henlopen State Park between the two towns. Rehoboth is particularly beloved for a historic wooden boardwalk, which stretches along the Atlantic Ocean beach and has a family vibe.

Completing the shore trinity is Dewey Beach, which feels like the busiest parts of the southern Jersey Shore. By late on a Friday afternoon, traffic-laden Route 1 was already humming with crowds of pedestrian barflies; banners everywhere advertised Budweiser, America and custard ice. The beach is broadly appealing, but the scene is not for everyone.

As we drove back home on Route 1, we whizzed by Rosenfeld’s Jewish Deli in Rehoboth. Somehow, it was a surprising sight amid the chains and outlets that dominate this congested stretch. With a full menu of deli favorites, Rosenfeld’s is aimed at Jewish vacationers nostalgic for matzah balls, knishes and kosher-style hot dogs to go (the kitchen is not kosher).

It’s successful by offering what Delaware vacationers want, in resorts as well as restaurants: convenience, old-fashioned flavor and classic fare that doesn’t try too hard.