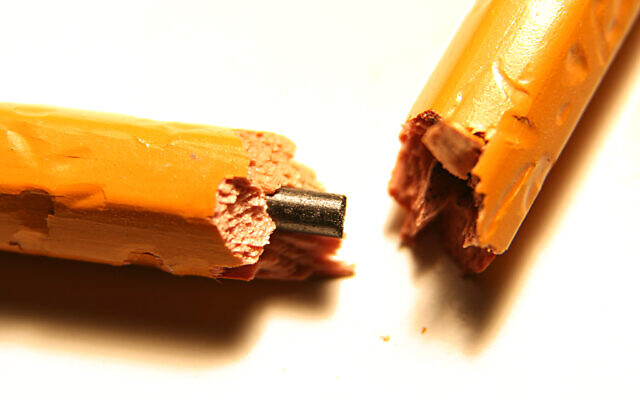 It’s a few weeks into the pandemic, and everyone is telling you that you need a hobby — and by everyone, I mean your wife, who a few months into this thing is getting tired of you moping around the house and hovering around her desk while she’s on a work call.

So in desperation you deny a lifetime track record of picking up and dropping hobbies and try to choose one that seems right for you. Maybe it’s Yiddish! Or baking challah. Or playing the ukulele. Regardless, you tell yourself, how hard can this be? And it might even be fun to learn new skills and meet some new people online along the way!

It might be fun, but it isn’t! The first time your challah comes out as flat and dry as a Wasa cracker, you chalk it up to inexperience. The fifth time this happens you are pretty convinced it is sabotage, and begin to suspect a housemate — and by housemate I mean your wife, who appears to really prefer store-bought challah.

The Yiddish lessons you took on Zoom were fun up to a point, until it came to actually speaking, reading and writing in the language. Apparently, you find out, unless you take the time to drill, the language won’t just magically soak into your brain like water sprinkled on a bed of herbs. Speaking of which, that bed of herbs you planted early in the pandemic hasn’t sprouted either, making you even angrier.

You make a deal with a Higher Power: If you put in a really long afternoon learning a new skill — say, drawing or making a sourdough starter — you will be rewarded with just enough confidence to turn it into a real hobby. What you haven’t bargained on, apparently, is the higher power of your own inertia: Let’s face it, this is sixth grade all over again, when you started taking lessons on the bass violin and stopped practicing after a few weeks because you didn’t want to carry the damn thing home. So you hid it backstage after your lessons, and then a janitor found it and stored it in a closet without telling anyone, making you the first person in the history of the elementary school orchestra to ever lose a six-foot-tall instrument.

On a Sunday afternoon, you sadly look through the evidence of your failed hobbies: A rock-hard challah. A self-portrait in pencil that makes you look like an ungodly cross between Don Draper and Don Knotts. A half-finished jigsaw puzzle, and a Yiddish textbook that is still in its cellophane wrapper. Your mood is not helped by the episode of “The Great British Baking Show” that is playing in the background, where an amateur baker has just made a life-size replica of Dame Helen Mirren out of something called “kransekake,” which may or may not be a Yiddish word.

It’s almost three years into the pandemic, and you find yourself strangely at ease, sitting on your couch and cradling the one instrument that you’ve always handled with a sense of confidence and dexterity. It is the remote control. You point it at the television and call up an episode of “Peaky Blinders,” and accept the fact that this is something you are actually good at: watching television. There are worse hobbies.