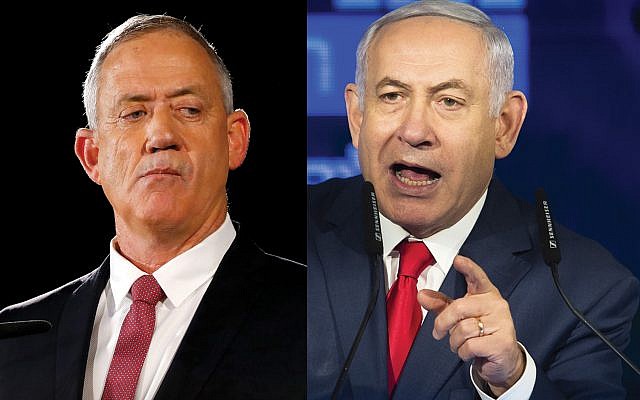 On the eve of one of Israel’s most important and defining elections, it is time to take a look at who will steer the state of ship of the Jewish state and possibly remake Israel forever.

The two front runners are political novice, Benny Gantz, and the more battle-hardened Prime Minister, Benjamin Netanyahu. The election is down to the wire and it is anyone’s guess who will prevail.

Benjamin Netanyahu has been the leader of the Likud party for over a decade and is vying to be Israel’s longest serving Prime Minister. His pitch is quite simple—he is the only one who can protect Israel during this time of volatility. Campaigning on security, Netanyahu has had to make numerous controversial concessions such as promising annexation of the West Bank and joining forces with a party linked to domestic terrorists and murders, in order to shore himself up electorally. But Bibi’s woes do not end there, he is under indictment for corruption charges and could be convicted. While all this would seem like a formidable issue to a politician, Bibi is banking on the support of his base to put him over the finish line.

But some may ask at what cost he is doing this? In recent years, he has alienated Diaspora Jews and Liberal Americans with his ties to President Trump, and his frosty relationship with President Obama, as well as his refusal to draft Ultra-Orthodox Jews.

While usually even these issues are not big enough to take down Bibi, this year, he may have met his match.

Leading a customarily divided opposition is Benny Gantz, Israel’s former army chief. Many thought his dark horse candidacy was no match for the Likud Machine, but his alliance with Yair Lapid and several other centrist parties have created a formidable moderate alliance, Kachol velavan, or Blue and White. This unusual realignment of the moderate Israeli center paired with the demise of Israel’s once dominant Labor Party have allowed Gantz and his alliance to rocket to the top of the polls. However, his commanding lead has shrunk in recent weeks due to new security threats and the tightening of Netanyahu’s base around him.

While Gantz has stated he is just as strong on security as Bibi, his main platform is working to heal a divided Israel, after all he is the ‘unity ticket.’ But the race is up for grabs, with a Channel 13 poll in Israel putting the race in a dead heat, tied at 28-28.

The impassioned campaign ends Tuesday and though it is too close to call, it seems that Benny Gantz is the man who should become Prime Minister, in my opinion. Israel needs a Kenned to lead, not a Nixon, and some naïveté and inexperience is not a vice in a country plagued by public corruption. He will be a unifier and a healer who can lead Israel into a new era as a stronger and freer nation.

But despite all the ideals and hopes, the election boils down to what it always does in Israel—are Israelis ready to ditch Bibi or not?

Surely no matter the results, it will be interesting to watch.