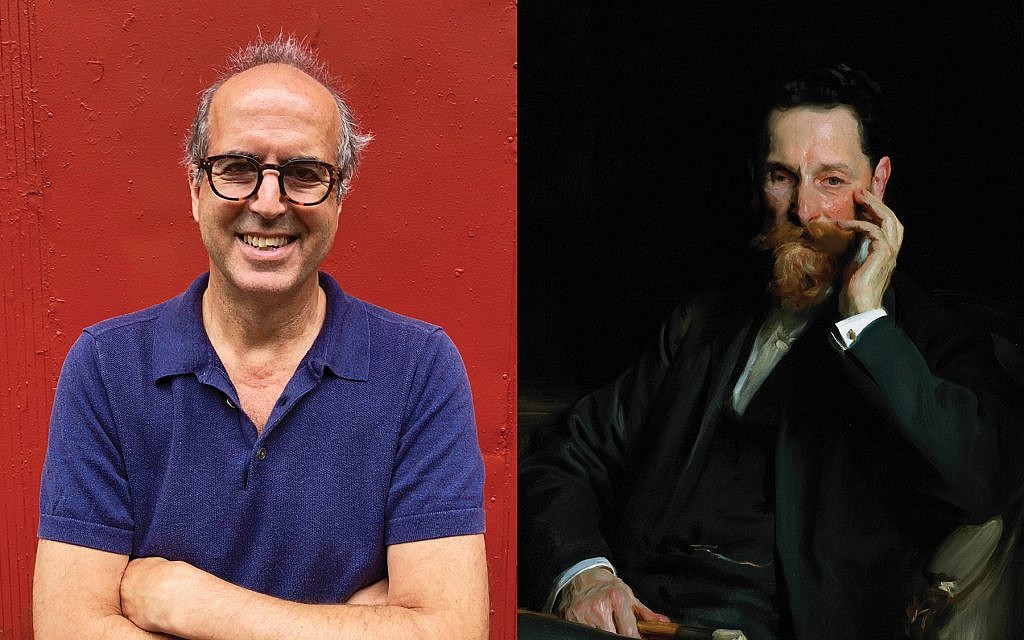 March 1: “Joseph Pulitzer: Voice of the People.” Oren Rudavsky’s handsome documentary on the life and career of the famed publisher and media mogul is an excellent introduction to the kind of corporate media issues that really began with Pulitzer and the newspaper barons of the Gilded Age. As much a model for Charles Foster Kane (or Rupert Murdoch) as Hearst, Pulitzer’s spectacular career raises all those unavoidable questions about Jewish influence on the media, and Rudavsky deals with them deftly. Quad Cinema, 34 W. 13th St., quadcinema.com. (See interview w/Rudavsky on page 3.)

March 1: “Transit.” Christian Petzold’s new film was one of the standouts at last year’s New York Film Festival, a bleak and brooding rumination on the meaning of exile in a time of crisis. Freely adapted from the WWII-era novel by Anna Seghers, the film traces the wanderings of Georg (Franz Rogowski) through a grimly familiar contemporary Marseilles filled with deliberate echoes of the ’30s and ’40s. IFC Center, 323 Sixth Ave., ifccenter.com; Film Society of Lincoln Center, filmlinc.org.

March 12: “The Devil Is a Woman.” Is it a coincidence that Leopold Sacher-Masoch, who gave us “masochism,” and Josef von Sternberg, its foremost ironic cinematic purveyor, were Jewish? A question that is perhaps best left unanswered, but “Devil,” his final teaming with Marlene Dietrich, is a divine, swooning elegy to self-abasement and self-denial. One of the great, delirious films of the ’30s. Film Forum, 209 W. Houston St., filmforum.org.

March 27: “Working Woman.” Michal Aviad has been making films, mostly documentaries, for over 30 years. But “Working Woman,” her second fiction feature, is a cut above and painfully relevant to recent #MeToo headlines. When her husband’s restaurant sputters, Orna (Liron Ben-Slush) is suddenly thrust into the role of family. She takes a job with a local power in Tel Aviv real estate and displays an unexpected genius for marketing and sales. But her newfound success cuts two ways as her boss becomes more aggressive. Marlene Meyerson JCC Manhattan, 334 Amsterdam Ave., jccmanhattan.org; IFC Center, 323 Sixth Ave., ifccenter.com.

April 2-9: ReelAbilities Film Festival. An important event that continues to grow every year, with a much-needed focus on physically and mentally challenged people and a strong representation of filmmakers. Marlene Meyerson JCC Manhattan, 334 Amsterdam Ave., jccmanhattan.org.

April 24-May 5: Tribeca Film Festival. The spring cinema equivalent of the famous 800-pound gorilla, with a huge assortment of films, new media installations, round-table discussions, and red-carpet photo ops. In the past a vibrant showcase for new cinema from all over the globe, with a particularly rich vein of Middle Eastern work, and a spotlight on NYC films and filmmakers. This year’s opening night film is a history of the Apollo
Theater. Tribecafilm.com.

June 12: “The Reports on Sarah and Saleem.” Based on real incidents, this film by Muayad Alayan starts out as another variation on the Romeo-and-Juliet conflict when an Israeli restaurant owner begins an affair with her Palestinian baker. But when the intelligence forces from both sides become involved, it turns into a thriller about unintended consequences. Film Forum, 209 W. Houston St., filmforum.org.