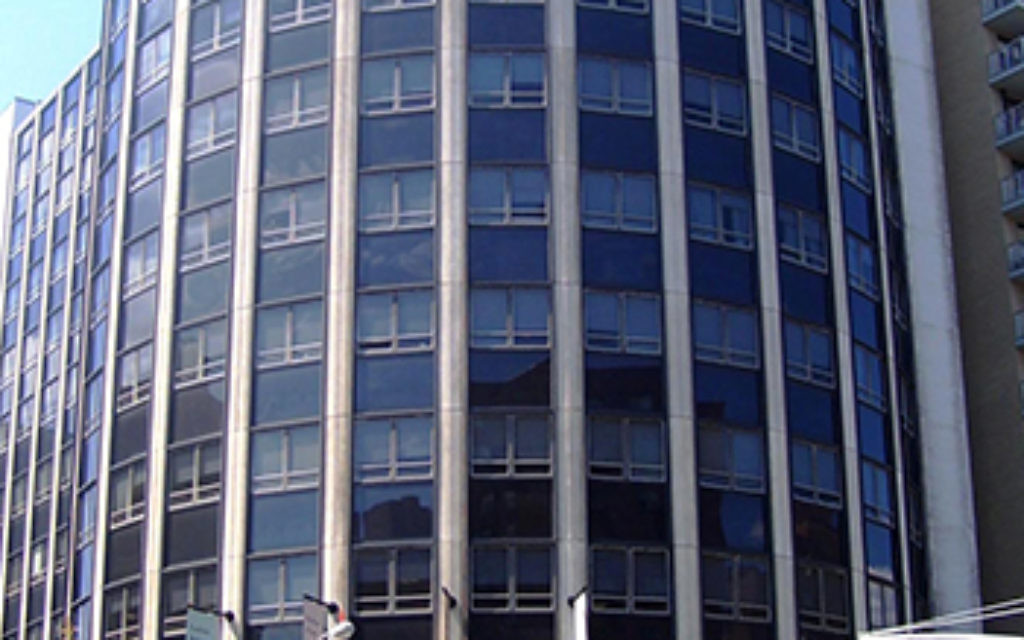 Of all the student demonstrations, back in the 1960s and ’70s, surely only Jewish student demonstrations, from New York to San Francisco, protested against Jewish hospitals. More specifically, the student uprisings challenged the allocation of charity dollars to non-Jewishly specific causes, such as medical centers, rather than to Jewish education and causes such as Soviet Jewry, a cause asking for as little as $10,000, pocket change for the major donors to what was then known as the Federation of Jewish Philanthropies.

On an April morning in 1970, around 80 students, singing rousing anthems by Shlomo Carlebach, took over Federation’s Manhattan offices. For a while, anyway. Some students left, they didn’t want to miss class at Columbia University, City College or Yeshiva University. Some students left when Federation leaders called the police who arrested the remaining protesters, 10 women and 35 men. And no, said Sanford Solender, Federation’s executive vice president, Student Struggle for Soviet Jewry wasn’t getting anything, not a penny, certainly not $10,000.

The day after the arrests, seven of the most influential Jews in the city — Elie Wiesel, Rabbi Emanuel Rackman, Rabbi Haskel Lookstein, Rabbi Norman Lamm, Rabbi Shlomo Riskin, Rabbi Charles Sheer and Rabbi Eugene Borowitz — many of them quite young themselves in 1970, issued a statement to “deplore” the arrests and Federation’s “insensitivity,” demanding Federation drop all criminal charges against the students, and discuss the students’ “just” demands for “equitable financial aid” to religious education. The Wiesel group said Federation’s actions against the students would “weaken respect and support” for Federation, and that Federation should “reconsider its priorities.”

Others, including Rabbi Yitz Greenberg and Steve Shaw, co-founders of CLAL — the National Jewish Center for Learning and Leadership, and Hillel Levine, a student at Yale, had earlier led a protest that disrupted the national General Assembly of Federations in 1969, making similar demands. “Our demand,” said Rabbi Greenberg, was that they be more Jewish.” The original Mount Sinai, yes; the hospital, no.

Anti-hospital protests were increasingly echoed by the “establishment.” In 1971, Jewish Agency chair Louis Pincus stated, “Whereas previously the construction of hospitals … may have occupied pride of place, today [that] belongs to Jewish education.” In 1973, Rabbi Arthur Hertzberg, president of the American Jewish Congress, told the National Federation of Jewish Men’s Clubs, “If Jews are to survive as a people, the content of Jewish life must be filled with something more than building hospitals. …”

In time, the protesters became highly influential within what is now known as UJA-Federation, with specifically Jewish priorities rising to the top of the agenda. Rabbi Greenberg now tells us, victory was also influenced by the fact that hospital budgets increasingly became reliant on government allocations and insurance, with Jewish charity money becoming a very minor percentage. For example, UJA-Federation gave Beth Israel $150,000 last year, while the hospital reported a deficit of more than $85 million.

But with the recent announcement that Beth Israel Medical Center (acquired by Mount Sinai Health System in 2013) was replacing its 856-bed facility on East 16th Street with what will likely be a 70-bed facility and emergency room two blocks away, talk turned to how long had Beth Israel been here? Mount Sinai? Beth Israel? Why Jewish hospitals at all?

Jeffrey Gurock, professor of Jewish history at Yeshiva University, tells us that Beth Israel’s parent hospital, Mount Sinai, opened as Jews Hospital in 1852. “The rationale,” said Gurock, “was two-fold,” as Christian missionaries would try to convert near-death patients, and Jewish doctors and nurses were unable to get hired by existing hospitals because of anti-Semitism. “That latter issue,” said Gurock, “would remain problematic for another century.”

Many German Jews, said Rabbi Greenberg, “thought that to make it in America you had to be respectable. To be respectable, you had to be non-sectarian.” No matter how successful Jews were financially, “they were excluded from the elite social clubs, from the elite boards of directors of civic enterprises, so they started Jewish gentleman clubs, and civic enterprises such as hospitals. Anything Jewish was residual, a reaction to being excluded. Once America opened up to Jews, what they didn’t grasp was that if their children had no Jewish purpose, their Jewishness would be lost.”

In 1891, Beth Israel was first established on East Broadway, said Gurock, “by a new elite of Eastern European Jewish leaders,” who were Orthodox and “unhappy that kosher food was not available at Mount Sinai.” Many hospitals, at the time, still refused to admit patients who had lived in New York for less than a year, and Beth Israel’s founders wanted to serve the Jewish immigrants flooding into the city.

By 1917, the newly created Federation of Jewish Philanthropies donated funds to 19 hospitals in New York.

Rabbi Greenberg explained that Federation and UJA were separate for most of their history, before merging in 1986. “Federation was originally assimilationist, reflecting the German Jews, historically,” said Rabbi Greenberg, “so they focused on non-sectarian hospitals and social welfare.” By contrast, UJA was “mostly Eastern European, more ethnically Jewish, more particularist, more Israel-oriented, and frankly, more supportive and more responsive to Jewish education and Jewish causes.”

Alan Strook, who died in 1985, was a chairman of the board at the Jewish Theological Seminary, a vice president of the American Jewish Committee, and a life trustee at Federation, who was “not only a big giver,” remembers Rabbi Greenberg, “but very influential. He dug in and was quite angry at the idea of shifting priorities” from hospitals to specifically Jewish causes. “He saw me as one of the leaders of the ‘bad guys.’ We went to lunch, trying to convince each other.

“Strook said, ‘We don’t have enough money for both hospitals and day schools,’ and he wasn’t going to let these hospitals go under because the Jewish community was ‘selfish … and tribal.’”

Rabbi Greenberg responded, “It was a great mitzvah to help the poor, to heal the sick, but if we didn’t invest in Jewish education, frankly, we weren’t going to have a Jewish people.” Committed Jews were “the goose laying the golden eggs. Without commitment, we’ll end up with nothing.”

Rabbi Greenberg remembers Strook saying, “Look, what are you telling me, that I should close this hospital and put people on the street, for Jewish education? That’s what you’re telling me?’”

Said Rabbi Greenberg, “If you push me to the wall, my answer is, bluntly, if you don’t have money for both, you have to close the hospital.’ Strook jumped up, convinced that I proved his point, that religious Jews were really just in it for themselves.”

Strook said, “That’s exactly what I thought. And I’m not going to be part of it,” Greenberg remembers. “He was ready to walk out.”

“Stop,” Rabbi Greenberg. “Before you leave, you forgot to ask me one question: What am I going to teach in the day schools?”

Still fuming, Strook said, “OK, what are you going to teach?”

“I’m going to teach them to give to Jewish hospitals,” said Rabbi Greenberg.

Throughout the country, said Rabbi Greenberg, Jewish hospitals today have basically become Jewish in name only — and sometimes not even that, as seen by the new Mount Sinai-St. Luke’s — with little if any connection to that “whole cultural imperative” from which they were born. And UJA-Federation gives considerably more to Jewish causes, as the students had demanded.

Loren Riegelhaupt, a spokesman for Beth Israel, said the hospital always had a kosher kitchen but now has a non-kosher kitchen. “However, kosher remains an option.” But kosher is an option in Catholic hospitals, too. Beth Israel has a “Shabbos elevator,” stopping on every floor. St. Luke’s has one, too. Jewish doctors and nurses work in every hospital in New York. No one attempts to convert the dying, and Jews have little but praise for Catholic hospices. Beth Israel has two Jewish chaplains, but also Baptist, Episcopal, and Greek Orthodox chaplains.

Beth Israel may be downsizing, but every hospital in this city is as welcoming to Jews as was Jews Hospital, long ago, in a New York that needed healing.