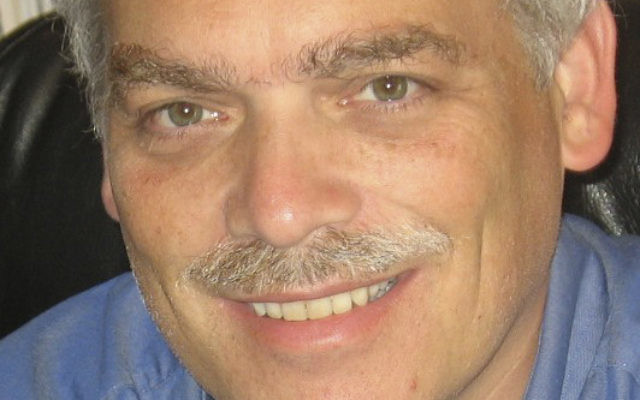 On Passover we read about the Four Children, each of whom approaches the seder experience from a different angle. We are called upon to explain the Exodus story in the manner most developmentally appropriate for each child.

The Fourth Child is arguably the most challenging one, since that child doesn’t even know how to ask.

I propose that this year we add a Fifth Child, updating a custom used back in the heyday of the Soviet Jewry movement, and more recently as a stand-in for Gilad Shalit or those facing debilitating illness. But now we have a new Fifth Child. Alongside the one who does not know how to ask, we must now include the one who can’t ask, not because she’s stuck in a Gulag or Gazan prison, but because she’s been killed, right here in America. This is the child whose inquisitive mind has been stilled forever by the magazines of a maniac’s assault rifle, or by the single bullet of a parent’s unlocked handgun, or at the hands of an abusive caregiver, or as the result of incessant bullying and unremitting cruelty.

Deeply embedded in the Exodus narrative is a subtext, the idea that Egypt is not merely a place but also a metaphor. Rabbinic wisdom relates the Hebrew word for Egypt, Mitzrayim, to the term for “tight place,” in the sense of one’s being constricted. In this literary interpretation, the shackles of slavery are a reflection of our own narrow-mindedness. If Egypt is a metaphor, then we are enslaved not to Pharaoh, but to our own prejudice and anger — and to our pervasive culture of violence.

There are far too many Fifth Children out there, and we’ve allowed that to happen. We have produced a society where child sacrifice is once again in vogue. That child, though now residing in our cemeteries, deserves a place at this year’s table.

In this way, Passover is exceptionally relevant in the wake of Newtown. It points to the anger and violence that we are combating (I wish we could get beyond military terms.) in our society and within our hearts as well. The current struggle is about firearms for sure, but it’s also about our combustible souls.

According to Slate, in the nearly three months from Newtown to March 7, guns killed 2,659 Americans. That running tally is incomplete, but it is illustrative, and that tally includes nearly 200 teens and children. So in the three months since the children died at Newtown, there have been effectively ten more Sandy Hooks in this country.

And still, Congress hems and haws.

Military assault weapons and high capacity magazines continue to be freely available in a civilian society where they serve absolutely no good purpose. Even after Newtown, the best Washington appears able to do is come up with a plan to enhance the system of background checks. Our reps appear stuck in these narrow straits of Egypt, addicted to our culture of violence, bound to these narrow straits by political arm twisting and pressure lobbying. It seems as if our representatives are voting, metaphorically, with a gun to their heads. There is no other way to explain the lack of outrage and moral resolve in preventing future Newtowns and eliminating the 10th plague of gun violence from our society.

The sage Hillel famously said, “If not now, when?” In Congress, prodded by the NRA, that rabbinic call to arms (oops) has been transformed into a sullen teenager’s “If not now, whenever!” I have news for everyone: this is the “now” that Hillel was talking about. If large magazines and assault weapons aren’t curtailed now, they never will be. And if they aren’t, more children will die — and their blood will be on our hands.

I was one of 4,000 clergy to sign a letter written by Newtown clergy imploring senators to vote for strong legislation to prevent gun violence. Four thousand! In this country it’s hard to get 4,000 clergy to agree that the sky is blue, but the cause of ending gun violence mends denominational differences even as it rends families and communities apart.

Ending this plague is the cry of our generation, a moral imperative and ITAL a Jewish imperative. It is universal and particularistic.  Before Newtown there was Northridge — the JCC shooting in 1999. As a Jew, I care about all innocent human beings, but I also know that my own people are especially threatened by a gun-running culture that allows, through gun show loopholes, for white supremacists like Buford Furrow Jr. to procure unconscionably lethal weapons without a problem and blast 70 gunshots into a JCC  complex with the intent of killing lots of Jewish kids.

So this Passover, we need to wonder about who is not at the table.  The children of Newtown need a voice. So do the four children of Shirley Chambers, the Chicago mother who lost all four of her children to gun violence. All human life is of equal value. Let all those children now become the Fifth Child at our seders, all children, everywhere, who have fallen victim to our society’s gun-sanity. They are the child who cannot ask because we have allowed them to be killed on our watch.

We are killing our own children because we are letting them be killed.

This crucial issue is the real “right to life” movement, for no matter what our beliefs regarding the origin or end of life, everyone agrees that first graders have a right to live.

Together, let us search for a common path that will lead us from Egypt, from the scourge of violence that has plagued us for far too long.