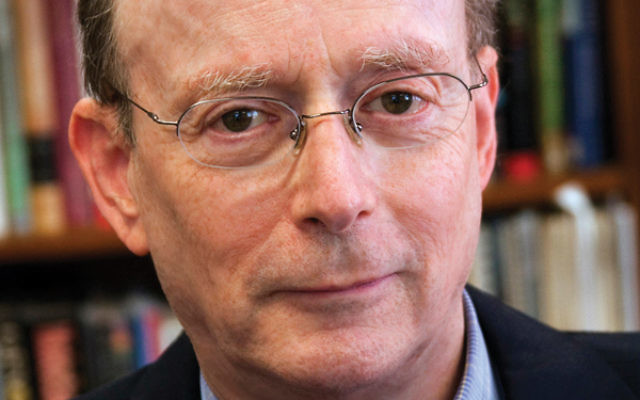 Rosh HaShanah is upon us but it doesn’t feel like we’re ready this year.

It’s got nothing to do with the timing because the High Holy Day season is neither “early” nor “late” as we approach 5776. Rather, it’s about an increasingly fractious Jewish community that at year’s end appears more eager to make charges against each other than make amends with each other, as our rabbis instruct.

This annual penitential season should be all about self-reflection, prayer and a commitment to change ourselves for the better. In the synagogue we ask God for forgiveness for our transgressions, a private matter between our Creator and us. But as our tradition makes clear, a key element of repentance is asking directly for forgiveness from family, friends and others whom we’ve wronged. And that’s where we as a community, as a people, have a problem this year.

Despite too many tragic, traumatic events that should have drawn us closer — from last summer’s Gaza war to the murder of four rabbis at prayer in a Jerusalem synagogue to the killing of four Jews in a Paris supermarket — we have grown farther apart. One of the very issues that used to strengthen bonds between us — love and support for Israel — has pitted us against each other. And it has played out this year over the policies and actions of Prime Minister Netanyahu during national elections in March, and, even more so over the Iran nuclear deal, with its existentially high stakes for the Jewish state. The resulting bitter divide among us — pro and con on the deal — has exposed a series of painful truths.

One is that the worldviews of Israel and the United States are not in sync, as we long believed, but are diverging. Washington seeks rapprochement with an Iran that Israel sees as a mortal danger to be confronted. The White House believes that Mideast security will be enhanced by at least slowing down Iran’s quest for nuclear weapons and encouraging Tehran to moderate its expansionist behavior over the next decade. Jerusalem insists the agreement guarantees rather than blocks Iran’s path to the bomb, rewards the theocracy diplomatically despite its terror activities, and, with the release of sanctions, allows it to increase military funding for Hezbollah and other terror fronts.

This year we have witnessed the already acrid personal relationship between President Obama and Prime Minister Netanyahu deteriorate in a very public way, threatening the foundational bipartisan support for Israel in Washington.

The arguments about the wisdom or folly of the Iran deal have gone on, back and forth, for many months now, with positions hardening, voices growing shriller and accusations ratcheting up. Thoughtful people should come away from it all appreciating the complexity of the situation, humbled by cogent points on both sides, and accepting that people of integrity, with the welfare of Israel and the U.S. at heart, can end up disagreeing over whether the Iran deal is better than no deal.

Too often, that has not been the case. Another of the painful truths is that even within our own community, we no longer debate. We demonize. Each side is convinced that if the other prevails the result will be disastrous. With the stakes so high we have abandoned fairness, compassion and empathy.

Supporters of the agreement suggest that its critics may be guilty of dual loyalty, and are all too eager to see the U.S. go to war again in the Mideast. Those opposed to the deal accuse supporters of selling out and betraying Israel rather than trying to protect the Jewish state.

This season of repentance is the time we should be stepping back, taking a deep breath, acknowledging that those who disagree with us may have done so for honorable reasons. We should be seeking each other out to ask forgiveness for our words and actions. After all, Rosh HaShanah and Yom Kippur give us the opportunity to start the new year with a clean slate.

Instead we are too busy assessing blame, pledging to harden our hearts against politicians and others with whom we disagree, and holding grudges against — rather than holding hands with — our fellow Jews.

For a people so obsessed with its survival and continuity, we are very good at marginalizing those members of the tribe with whom we disagree politically, religiously and socially, making our collaborative circles ever smaller.

In this past year we have witnessed a sharp and shameful rise in anti-Semitism in Europe and an Israel that has become increasingly embattled and isolated. And the raging controversy over the Iran agreement has frayed what’s left of our sense of Jewish unity. It has been a brutal and frightening year. But our tradition teaches us to have hope and faith in the future.

Before we expect our prayers and pleas to be accepted on High, though, surely we must first open our own hearts to those with whom we share a rich history and common destiny. Now is the time to ask — and offer — forgiveness. In the end, all we have is each other.