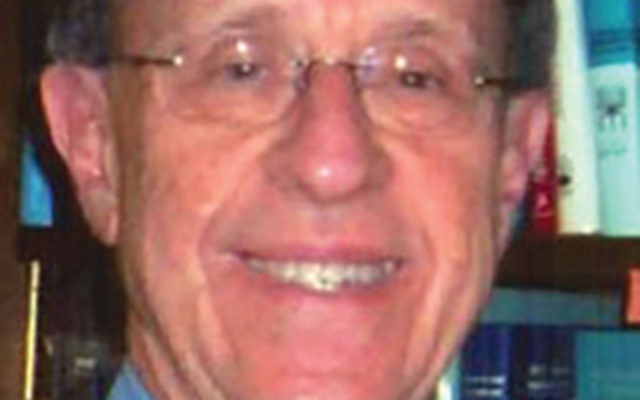 My longtime experience with the pulpit rabbinate, combined with having served as president of USY (United Synagogue Youth) as a young person, then president of the Rabbinical Assembly in the 1990s, as well as instructor of homiletics at Jewish Theological Seminary, the Conservative movement’s seminary, for five years, provided me with some perspective on the ups and downs of the movement and the job of a pulpit rabbi.

That’s why a conference entitled “Reshaping the American Rabbinate: The Continuing Legacy of Rabbi Wolfe Kelman” (z’l) being convened by the chancellor of JTS and the president of Hebrew Union College, the Reform movement’s seminary, on Nov. 1, resonated with me. Why, exactly, does the American rabbinate have to be reshaped? What’s wrong with the rabbi’s classic role as teacher, preacher, pastor, provoker, administrator, fundraiser, ambassador to non-Jews, and spiritual magnet to the young and old? Nothing is wrong, but plenty is changing.

Here’s how I have experienced three eras of rabbinic service, with all their ebbs and flows, in the trenches of congregational life.

Yesterday (1930-1970), my father’s era as pulpit rabbi: These were years of rapid growth in the Conservative movement. Its expansion was facilitated by suburbanization and then the return of veterans from World War II. Synagogue membership grew rapidly and new edifices multiplied. This expansion instilled a sense of triumphalism and expectations that membership in Conservative synagogues would surpass both earlier Reform domination and residual Orthodoxy. The local Conservative rabbi spearheaded that growth. He taught an increasing membership base, many of them first generation, and their children how to be proudly Jewish in Christian America.

So, for example, my father was involved in many civic positions, such as chair of the Columbus City parks commission, and he had a seat on the mayor’s controversial rent control board after World War II. Members of his Columbus synagogue were flattered to see their rabbi, a first-generation immigrant from Europe, sitting at the same table and conversing in impeccable English with Protestant and Catholic leaders.

Today (1970-2010), my era: The Conservative movement continued its expansion through the latter part of the 20th century. Then its fortunes changed as secularization, interfaith marriage, and non-affiliation began to take their toll. A population study in 2000 found that the number of affiliated Conservative Jews had fallen by 10 percent since 1990, and an official of the Rabbinical Assembly, the movement’s rabbinical arm, reported that the movement had lost 200 congregations during the 1990s. This diminution also created a fluctuating supply and demand for rabbis, as well as a shift in role. In times of expansion, the rabbi’s emphasis was teaching and preaching how to be Jewish, both religiously and ethnically. As the movement contracted, the rabbi was increasingly challenged to explain why be Jewish at all. The rabbi responded to contraction by empowering the remaining laity to read the Torah, conduct services, visit the sick and bereaved, and even give sermons and words of Torah.

As the membership of my shul diminished and aged along with the rest of the Conservative movement, I purposely encouraged a cadre of 150 lay Torah readers and daveners of various ages, understanding that a lay participant would bring along his family to listen and kvell.

Tomorrow (2010 and beyond), the era of my students at JTS: As institutions of mainline religion, including the synagogue, increasingly are challenged by both secularism and informal religious expressions, younger Jews do not affiliate with the synagogue in the same numbers as their parents and grandparents. They have access to religion on the Internet and find friendships in multiple social groups other than the synagogue. In this new reality, how does the rabbi work to preserve the synagogue institution? With the growth of non-affiliated Jews, much of the rabbi’s role is to educate and answer the question, why be institutionally Jewish?

In practice, this includes extending the rabbinic presence beyond the brick and mortar site into living rooms, social media, malls, coffee shops, and even bars to engage Jews — both endogamous and interfaith — where they are.

One former student told me that a productive forum for both affiliated and unaffiliated Jews is in his local coffee shop. At the same time, because of a diminishing membership, the rabbi must be careful not to ignore his home base, with its most practicing and knowledgeable Jews.

Rabbi Gerald Zelizer is rabbi emeritus of Congregation Neve Shalom in Metuchen, N.J., which he has served since 1970.