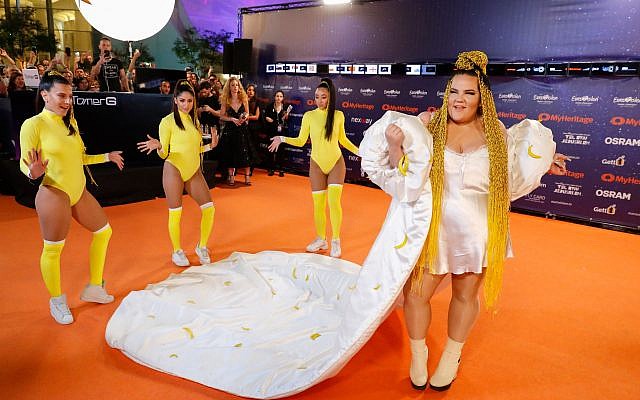 Israel's Netta Barzilai, the winner of last year's Eurovision contest, poses for a picture during the Red Carpet ceremony of the 64th edition of the Eurovision Song Contest 2019 at Expo Tel Aviv on May 12, 2019 in the Israeli coastal city. Getty Images

The Eurovision competition is being held this year in Tel-Aviv as a result of last year’s victory by the Israeli, Netta, with her song “Toy.” Countries across Europe send their best musical talent to the host city for the yearly competition, where competitors are judged on their performance of an original song at the Grand Finale. According to the competition’s website, the “big five,” France, Germany, Italy, Spain and the United Kingdom, automatically qualify for the Grand Finale, as does the host country.

Over the years, the competition has become politicized and has already sparked controversy with Israel’s neighbors, who have threatened to boycott and disrupt the event. Residents of Gaza have declared their intent to “ruin Eurovision.” In the face of their threats, Eurovision remains as a symbol against anti-Semitism. 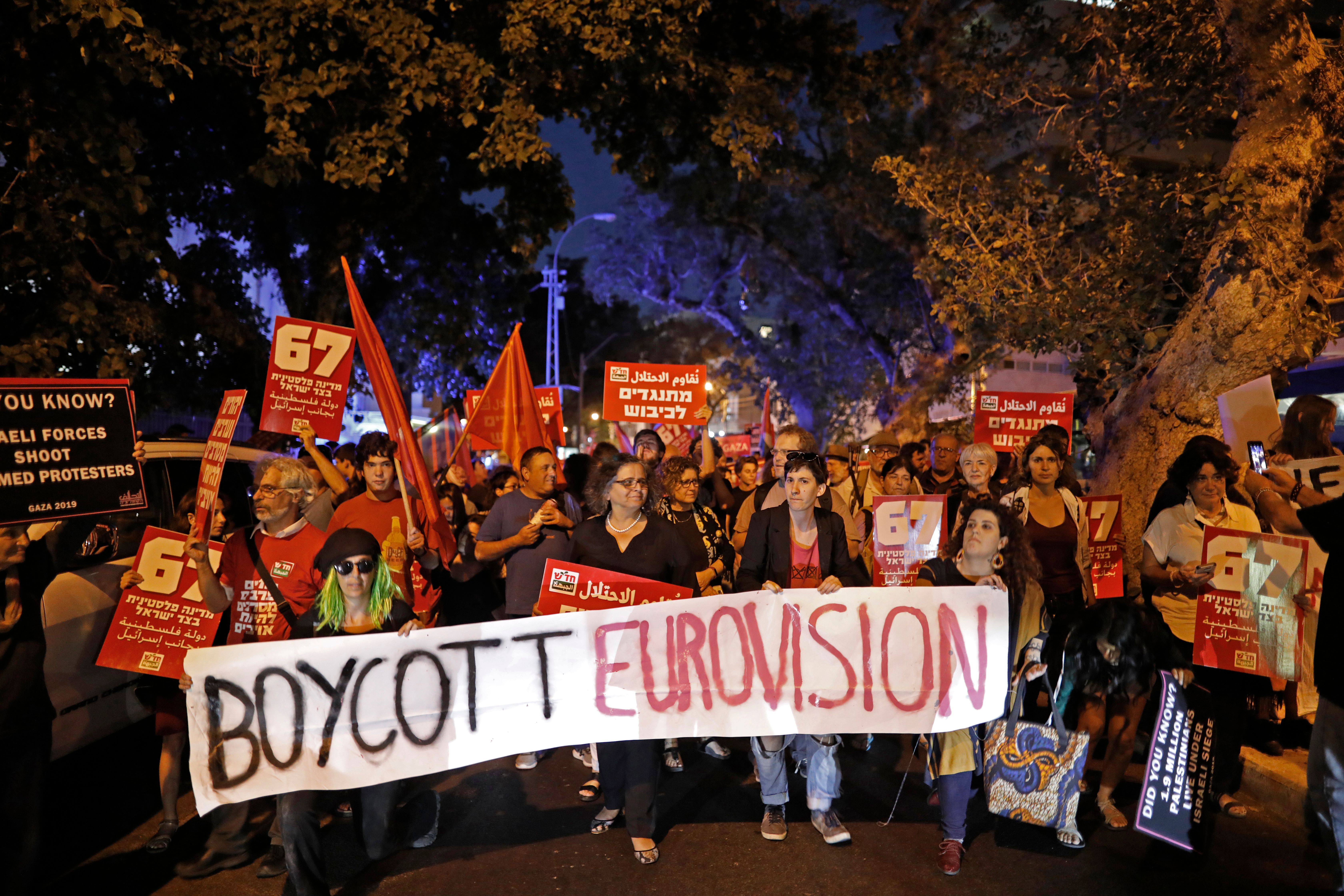 Pressures by pro-Palestinian activists and artists to boycott the Israeli event loomed in the background, and tensions with Gaza, culminating in a flareup earlier this month affecting southern Israel, threatened to disrupt the event. MENAHEM KAHANA/AFP/Getty Images

In spite of a petition signed by 40,000 people asking the media not to broadcast the event this year, including Pink Floyd (who has been known to be associated with anti-Semitic values) in the days leading up to the event, hundreds of celebrities and media personality have publicly denounced the Israeli boycott. Others, such as Sharon Osbourne and Madonna, will be performing at the event.

The competition will certainly be beneficial to the State in terms of tourism. Just last year in Portugal, the competition drew an estimated 186 million audience members across Europe and is expected to draw the same amount, if not more, this year.

Security will be a primary concern for Israel during this period. Eurovision will require the Israeli Defense Forces (IDF) to strengthen and further reinforce the country’s borders, especially in the south, where Gaza has already informed Israel that they will attempt to “ruin Eurovision.” Fearing an attempt by Hamas to launch a series of rocket attacks aimed at Tel Aviv, the IDF has readied its Iron Dome Shield and increased its patrols around the country.

An important aspect of Eurovision for Israel, while not its predominant purpose, will be the marketing opportunities that come with it. Although the competition is not supposed to have any political intentions and is an event aimed at unification rather than division, it gives the State a chance to show off its beautiful country and what life is like in the country. It gives Israel a chance to remove the global blindfold of boycotts against the country. Eurovision is viewed not only by those who attend the event but throughout the far reaches of the world as well.

After Netta received her award last year, people around her suggested that she should change her personality and the way she appeared. However, she ignored those comments, feeling pride in herself. After all, that was why she had won the competition. In a sense, this is applicable to the State of Israel; a nation that has been under constant pressure to change, if not disappear. Israel is a nation that has withstood war and yet continues to prosper, and what better way to show this than to have a nation of such small size host a competition of such large importance?

Jeremy Bernstein is a junior at North Shore Hebrew Academy High School in Great Neck, NY. He is a Staff Writer for Fresh Ink for Teens.