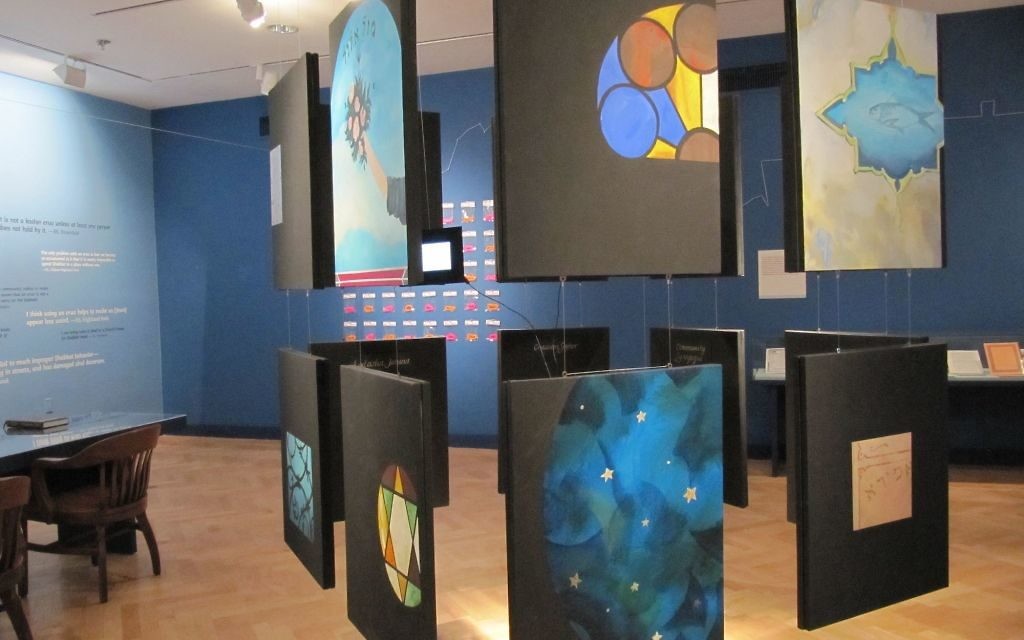 An exhibit at the Yeshiva University Museum, “It’s a Thin Line,” describes the history of the eruv and its evolution both nationally and across the globe, but it is the story of the Manhattan eruv, established in 1907 — and a source of controversy since its inception — which makes up the core of the exhibit.

The first known eruv was found in 1st century Roman Palestine, and eruvim have been used throughout Jewish communities ever since. In Eastern Europe, it was used primarily to facilitate carrying the Sabbath cholent from the communal oven back to private homes; in our own times, it allows for carrying keys, food and prayer books or, importantly, pushing a baby carriage.

Interestingly, the exhibit suggests that although the initial impetus to building the eruv was to prevent inadvertent violation of the Sabbath, it was the refusal of increasingly independent Jewish women to stay locked in the house on the Sabbath that has spurred the proliferation of eruvim in the U.S. today.

With artifacts ranging from the a book of pictographs on what constitutes an halachic eruv to early maps laying out early urban eruvim from Jerusalem to Odessa, the exhibit provides a full-scale view of the history and complexity of this arcane and sometimes divisive topic.

Additionally, taking the eruv as starting point, a number of contemporary artists explore both its visual and conceptual nature.

Yonah Verwer’s installation, “Tightrope,” with its representations of stained glass windows in the many synagogues on Manhattan’s Lower East Side, is in fact a commentary on the women who never get to see them, due to the community’s refusal to construct an eruv.

Other artists concentrate on the structure itself. In “Extruded,” a floor-to-ceiling sculpture constructed of thread and brass hooks, R. Justin Stewart depicts the history and dynamism of the changing Manhattan eruv. Hauntingly beautiful, the piece is both a timeline and map of the eruvs constructed in NYC from 1907 through the present. Ben Schachter also addresses the eruv’s maplike format, but his work, which he sees as “drawings in space,” uses thread to emulate the wire that is often used to define the boundary.


“It’s a Thin Line: The Eruv and Jewish Community in New York and Beyond” on view through June 30, 2013 at the Yeshiva University Museum, 15 West 16th Street.