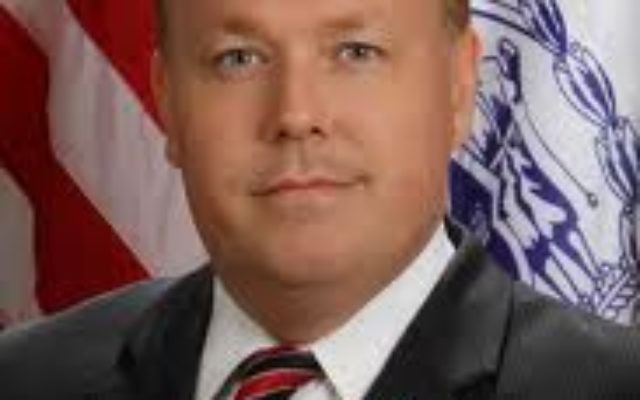 I write this editorial as I depart from Israel. I was here for four days to see the country, to better understand it and its people. I met with religious leaders and government officials, spoke to regular Israelis, and soaked in the sites that make Israel a cradle of civilization. I met with numerous leaders here, including Danny Danon, deputy speaker of the Knesset.

I came here to better understand my district and its diverse Jewish community, many of whom have friends and family in Israel. When they watch the evening news and hear about the threat from Iran, they worry about their families, their friends, and their homeland.

As many of your readers know, I’m running as a Republican for Congress in the new Sixth District in Queens. My opponent and I have starkly different views on Israel. I’m committed to defending Israel. She’s barely even figured out what she thinks on this subject, aside from being a puppet for President Obama’s failed policies.

I’m running against Assemblywoman Grace Meng, who recently attacked me in this paper for my friendship with one of the prior Republican nominees for president, despite her knowing my longstanding and vocal opposition to his foreign policy positions. Assemblywoman Meng knows full well that I have been a vociferous advocate for Israel and the joint national security interests we share, yet she claimed that someone else's positions disqualified me for a seat in Congress.  In the same breath, Ms. Meng then went on to distance herself from her own party's president and his actual Israel policies and assert it not only doesn't disqualify her — it makes her the better candidate.  Now that's chutzpah.

It isn’t so bad that my opponent is merely spouting off Democratic political talking points on Israel, the Middle East and national security. But what do her memorized one-liners really mean? Before she was tabbed the nominee by the Queens Democratic Party in the spring, she’d barely thought about Israel for a day in her life. These days, her discussions on Israel are sickeningly empty talking points, written by her consultants and recited by her without understanding the rich and complicated history of Israel and Judaism.

As a member of the Assembly, Ms. Meng voted with Democratic leadership over 99 percent of the time. And she ended up running for this seat not due to some show of leadership, but because the Queens Democratic Party selected her after its usual backroom process. How can anyone think she’s going to suddenly become an independent leader when she gets to Washington? She isn’t. She’s going to be a rubber stamp for the Obama agenda.

And what’s the Obama agenda? I’ll let the president himself tell you that, in his own words.

"You're fed up with him, but I have to deal with him even more often than you.” – Obama to Nicholas Sarkozy, president of France, after Sarkozy called Bibi Netanyahu a liar.

“The borders of Israel and Palestine should be based on the 1967 lines with mutually agreed swaps.” – Obama in a speech to AIPAC in 2011.

This is what I’m running against – a president and a party that simply doesn’t understand Israel. That thinks 1967 borders should be a starting point in negotiations. That isn’t willing to use force to stop Iran from attacking Israel or developing nuclear weapons. Today, our relationship with Israel is weaker than it was four years ago.

If I am elected, that will change.  Obama has created a terrible situation in the Middle East, with the rise of the Muslim Brotherhood and Islamist governments in Syria and Egypt. He’s shown a willingness to negotiate with the new Egyptian president legitimizing terrorist organizations such as Hamas and Hezbollah.

My opponent wrote last week, “Under the current administration, Americans and Israelis have reached an unprecedented level of military, security, and intelligence cooperation, and U.S. aid to Israel is at an all-time high.” This shows how incredibly out of touch Assemblywoman Meng is. She drinks the Obama Kool-Aid on Israel and is completely oblivious to his half-hearted defense of Israel and his weak leadership in the Middle East. In my meetings with cabinet members, the true divide became terribly real and focused for me.

I know that Israel has an absolute right to defend itself. It doesn’t need our permission, but when if and when it acts, it should have our full support. Israelis should be free to live wherever they want and do whatever they must to defend themselves and their faith. The Old Testament gives Jews the right to Israel but the common law defends that principle today.

Could you imagine the American government allowing the United Nations to say that a Catholic family couldn't live in Williamsburg because it was a "Jewish" area, or telling an African-American couple that they couldn't move into the Upper East Side because it was a "white" neighborhood?  Would any of us tolerate that?  So why isn't it wrong for an American president to advocate just that proposition in Israel by telling Jews where not to settle, even if they buy the property legally in a completely legitimate manner?

The international reach of terrorism hit home when I lost my cousin, FDNY Lt. Vincent Halloran, on 9/11. Our ties to Israel became all too clear to me in a profoundly personal way.  My district can choose this hands-on leadership in November, or they can choose more of the president’s visionless failures. My opponent would be President Obama’s loudest cheerleader.

No matter who’s in the White House next year, if I am in Congress, I will be Israel’s most vocal, knowledgeable and dedicated ally in the House. That’s a promise. Israel and the United States can’t afford anything less.