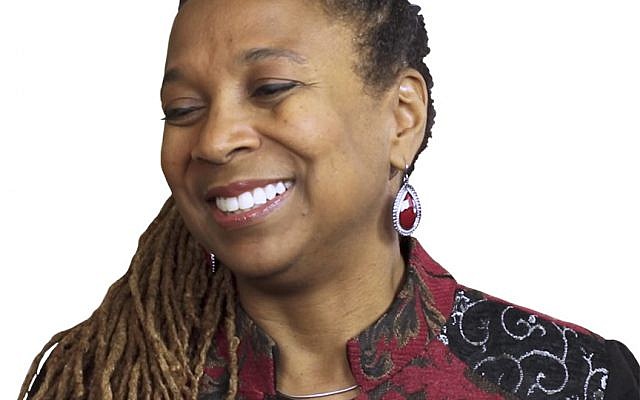 For many in the Jewish community, the concept of intersectionality — and the politics it has spawned — is associated with the demonization of Israel, Zionism, pro-Israel college students and Jewish women. Women’s March co-leader Linda Sarsour famously went so far as to claim that, in the spirit of intersectionality, feminism must exclude Zionism.

Last week at Columbia University, it was time for some pushback as a panel discussion — “Mythbusting Intersectionality,” headlined by Kimberlé Crenshaw, the Columbia Law School and UCLA Law School professor who coined the term — sought to point out how intersectionality itself has been demonized.

Crenshaw, who introduced the term intersectionality in a 1989 paper, said she began using it to assist black women in employment discrimination cases, since their struggles were an intersection of racism and sexism. As of late, she said, the feminist movement has made a push to become more intersectional, by considering the individual oppressions faced by women of color, transgender women and others who are persecuted in multiple ways.

In the wake of the controversy over the recent Women’s March — its co-leader Tamika Mallory in several interviews declined to call out Rev. Louis Farrakhan for his anti-Semitic comments over the years — Seltzer told the standing-room only crowd of about 150 in Columbia’s Jerome Greene Hall that, “Last week, a lot of people were taking to their op-ed pages and saying ‘I’m either going to the Women’s March or I’m not,’ and I’ve been thinking a lot about where that divide was.

“Are you a Zionist?” she asked. “Are you old or are you young? And what it really was, was have you been in movement and organizing work for a long time? And if you had, then people were like, ‘Hell, yeah, I’m marching, I’m not gonna let these disagreements stop me, I’m gonna stay in these discussions.’ The people more willing to silo themselves saw this as a new phenomenon.”

Seltzer said that intersectionality is an important framework for Jewish American women, too.

“What I found really interesting about some of the pieces that were trashing intersectionality was that they used an intersectional framework to do it,” she said. “They’re like, ‘Well, let’s take a look,  American Jews: We benefit from privilege in these ways, but we’re at risk in these ways, and then Jewish American women are suffering from sexism in these ways,’ and I’m like, ‘Yes! You’re doing the work! This is it, you’re in it!’”

Anti-Semitism has become the center of a lot of debates, she said, because it challenges notions about oppression and hierarchy. Intersectionality, Seltzer suggested, is actually a helpful tool to work out these issues, as it recognizes the way different oppressions and privileges overlap to create different experiences. Similarly, white Jews’ white privilege and anti-Semitic persecution intersect.

Other speakers pointed out different ways intersectionality had been demonized.

“Myths in the law include it being used as a reference for the ‘worst off’ or most marginalized as well as a ‘pseudo-philosophy’ divorced from its productive, generative qualities,” said Ezra Young, an attorney who uses intersectionality as a tool in civil rights cases for transgender individuals.

Giorgis pointed out that it is often the right wing that is criticizing the theory.

“You have people from the right or commentators invoking the term to just refer to diverse people or people who are social justice-ly inclined without wanting to say specifically who they’re talking about,” she said. “So there’s a refusal to name black activists doing work around mass incarceration; instead it’s just ‘people who subscribe to ‘intersectionality.’”