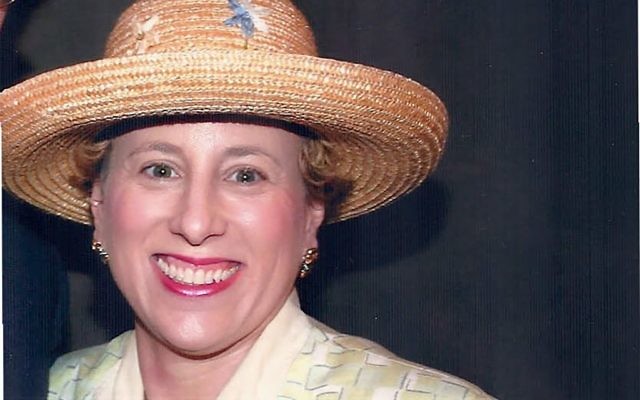 Beha’alosecha opens with God’s instruction about how to light the Menorah and where to position it in the Mishkan (Tabernacle). The Sefas Emes made a trenchant observation regarding Aaron. Day after day, year after year, his task was to light the Menorah. Yet he remained as enthusiastic years into the process as he was at the beginning. He never complained, never wavered from the task and kept his dedication to avodat hakodesh (the holy work) ever-present.

Aaron never complained? Jews are not afraid to express opinions, and throughout the Torah, it manifests itself, with lots of kvetching and complaining in this parsha alone. B’nai Yisrael (the Israelites) are preparing to march out of the wilderness of Sinai. Goaded on by the Erev Rav (the non-Israelite “riff-raff” who escaped Egypt with the Israelites), the complaints begin against Moshe: Why did you take us out of Egypt? There we had better food, meat, fish, we had it better. Of course, that was not true but, like children, it is hard for Moses to reason with them. Moshe feels angry, despondent and it appears that a vicious cycle of recriminations has begun.

Eventually, God provides assistants for Moshe to help him with the day-to-day management of ministering to such a large assemblage. But the problem remains. How can B’nai Yisrael break the cycle of complaining and embrace gratitude and patience as a virtue? A charitable way to look at their actions is explained by Rabbi Marc Angel, who sees their complaining as a manifestation of a newly emancipated people who never could complain when they were slaves. No longer slaves, they are no longer afraid to speak up. But for Moshe, the complaints become highly personal, with criticism from his own sister and brother, Miriam and Aaron. Moshe’s response shows why he is described by the Torah as the humblest of men. When Miriam is struck down with tzaraat (a severe disease) for criticizing Moshe’s relationship with the “Cushite woman” that he married, what is Moshe’s response? He asks God to please heal Miriam. It takes a great man like Moshe to be so self-effacing that he cries out to save his sister even in the face of his family’s complaints and critique. How many of us would behave in such a fashion?

Often in retrospect, people wish they could have behaved differently. Perhaps, then, one solution to B’nai Yisrael’s penchant for complaining can be found early in the parsha when some come to Moses with the following request: We want a do-over! Individuals who were unable to bring the Korban Pesach (Passover sacrifice) because of ritual defilement (contact with the dead) received God’s permission to observe a Pesach Sheni, a second Passover — but only one day — one month later, on the 14th of Iyar, when they could once again bring the sacrifice. No other exemption like this exists, whether in regard to Shavuot, Sukkot or the High Holidays. Why Passover?

Perhaps a metaphysical reason is that Pesach has come to be that moment in our personal and national lives where we rid ourselves not only of physical chometz but spiritual chometz as well. Chometz is analogized to our “puffed out” egos, and represents the negative traits we harbor within us. And what can be better than getting a second chance to rid ourselves of that which weighs us down, including our tendencies to be negative, harboring lots of complaints?

Pesach is long behind us. Pesach Sheni has passed, as did Shavuot. But the Rabbis teach that if we put our ears to the ground, we can hear the sound of the shofar signifying Rosh HaShanah’s arrival a few months from now, together with that period of reflection and inner contemplation for self improvement. The Israelites would have done well to heed the message of Pesach Sheni and seek a second chance to do-over and overcome negative tendencies. But for now in our parsha, they are destined to remain in the wilderness, destined to wander until they find their new path to the Promised Land while maturing into the people they were meant to be.

For us, it serves as a cautionary tale to seek a new path. The next time we feel the urge to complain, instead let’s rise to the occasion and model behavior worthy of being “mamlechet kohanim v’goy kadosh,” a nation of priests, a holy nation.

Dr. Adena Berkowitz, co-founder of Kol HaNeshamah, the Center for Jewish Life and Enrichment on the Upper West Side, is the co-author of “Shaarei Simcha: Gates of Joy,” and the forthcoming Jewish Journey Haggadah.