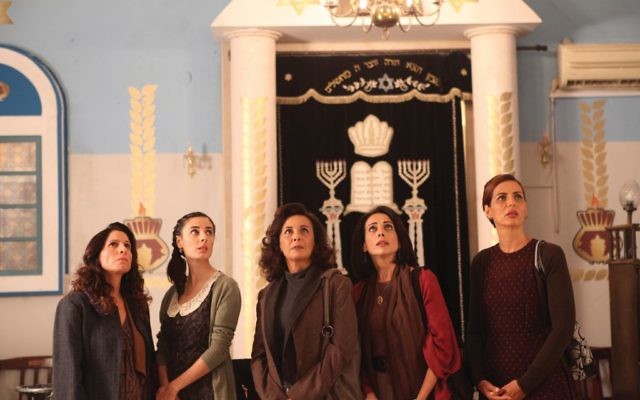 A scene from “The Women’s Balcony,” about Sephardi-Ashkenazi tensions in Jerusalem. Courtesy of The Jewish Museum

First rule of screenwriting, whether you are doing a fiction film or a documentary: Without conflict there is no story.

Perhaps that is why Jewish-themed movies are so often effective. We are in conflict with someone almost constantly. Not unexpectedly, there are certain schisms within the Jewish world, between Jews and non-Jews but equally between different groupings within Judaism, that turn up regularly on the screen. If you were trying to take the temperature of world Jewry, the shifting emphases on such conflicts would be a fairly useful indicator of where we stand as June draws to a close.

Consider the four films that I believe to be the best Jewish or Israeli films of the first half of the year.

If you watch such estimable fare as “The Women’s Balcony,” “Home Port” or “Dimona Twist,” you’ll quickly realize that the tensions between Ashkenazi and Mizrahi Jews in Israel have abated but little, particularly when gender finds its way into the conflict.

“Women’s Balcony,” a fiction debut by Emil Ben Shimon, is a nicely observed ensemble piece focusing on a small community of Sephardim in Jerusalem whose lives and friendships are disrupted by a terrible accident that forces the closing of their shul and sends their elderly rabbi into a tailspin. Seemingly sent in answer to their prayers, the young Rabbi David (Aviv Alush) helps them get the congregation back on its feet, but he has an agenda that doesn’t include restoration of the women’s section of the building. What he has in mind involves imposing rigid Ashkenazi charedi standards of behavior. (Read the Jewish Week review here.)

Of course, his presence, at first so welcome, quickly becomes a source of division in the close-knit community, particularly (but not solely) on gender lines. Eventually, the women assert themselves, Lysistrata-style, the old rabbi recovers from his breakdown and equilibrium is restored. Ben Shimon handles Shlomit Nehama’s original screenplay gently, with a muted but effective mix of wit and feeling, and the ensemble cast, led by Evelin Hagoel as the most outspoken of the women, is nicely balanced and effective.

“Dimona Twist,” the latest documentary from Michal Aviad (“Invisible,” “Jenny and Jenny”) follows the lives of seven women, six Mizrahi and one Polish, who came to the new desert town of Dimona in the mid-’50s and early ’60s. At the time the first of them arrived, Dimona was little more than a collection of shacks perched among sand dunes. As one of them recalls, her first reaction on seeing her new home was, “I think they’re making a cowboy movie here.” No such luck.

Over the course of the film, Aviad walks the women through the process of immigration, childhood, adolescence and adulthood, revealing the ethnic schisms in the community, the pre-feminist pressures visited on the women by family, school and social units and their powerful resistance to those pressures. Taken as an oblique introduction to the fictional world of “The Women’s Balcony,” the film is highly instructive. But it is also inspiring on its own. The seven women profiled are smart, tough and funny, and the film allows those qualities to shine through quite movingly.

Erez Tadmor’s “Home Port” may be the best of the three. It certainly is the darkest — a stern, rigorous meditation on the tensions in the Sephardic community that works the port of Ashdod; the port is facing destruction at the hands of slickly modern corporate types — many of them Ashkenazi — who are bringing in the forces of globalization by deftly exploiting generational and class divisions among the locals. Greed and privatization offer little hope to the port’s workers, but a quick buck for the bosses’ bosses. Finally, the only viable option for the film’s one honest man is to turn his back on home and go back to sea. 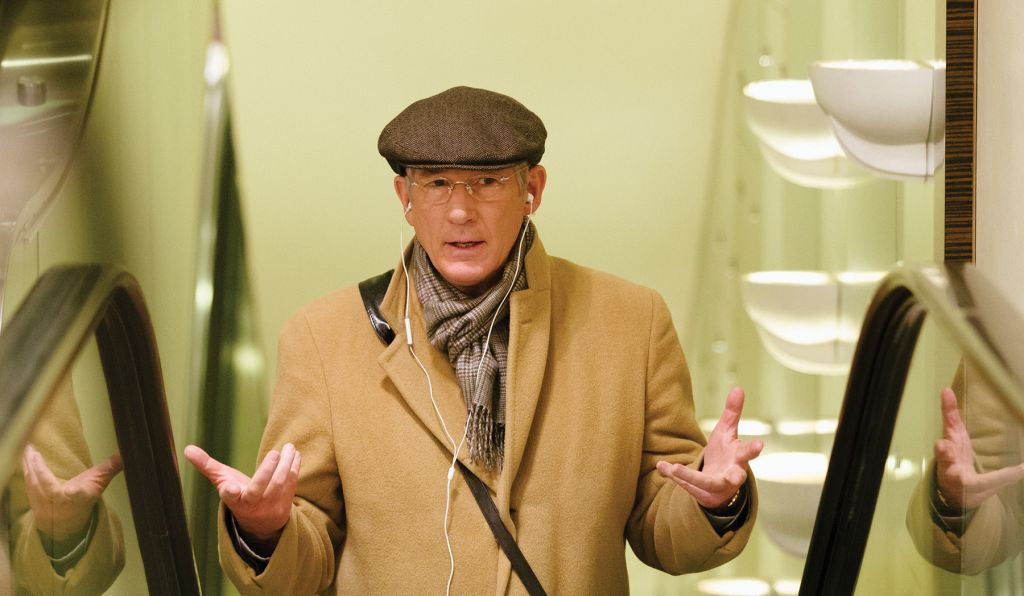 Joseph Cedar’s “Norman: The Moderate Rise and Tragic Fall of a New York Fixer,” the best Jewish film of the first half of 2017, offers not even that consolation. For the title character of Cedar’s fifth feature film, there is little on offer except a fleeting grab at a not-quite-brass ring, a flash of the spotlight that finally makes him blind before awakening him to the reality that despite his own good intentions and best efforts, the entire Jewish world of New York and Israel would be better off with him dead. Is it merely coincidence that “Norman” is the only one of this quartet to have as a focus (albeit secondary) the Israeli-Palestinian conflict? Let’s hope not.