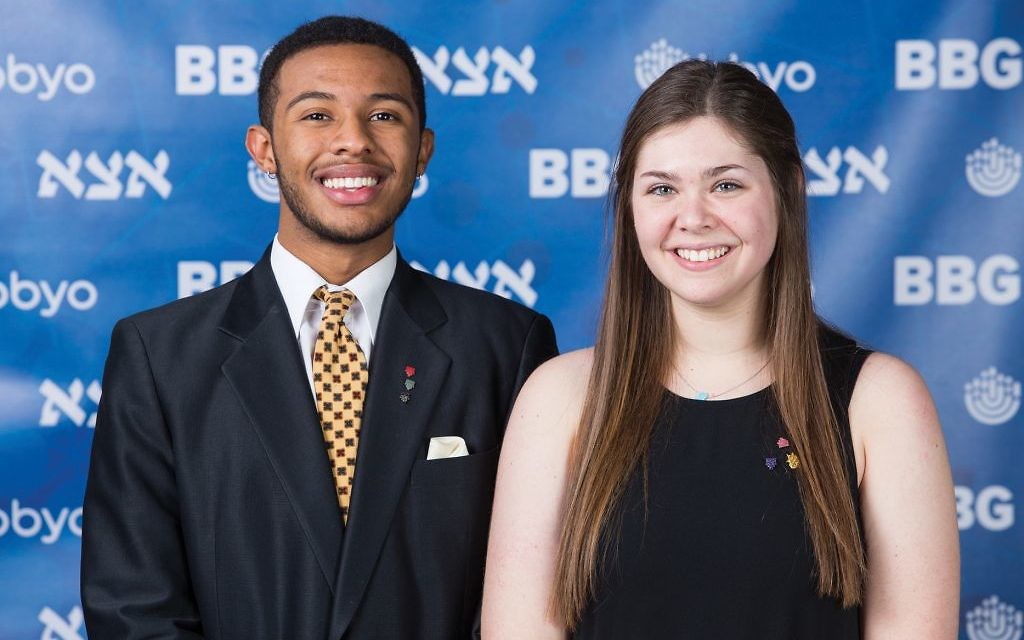 When the B’nai B’rith Youth Organization cut the cord with its parent group nearly 15 years ago, there was some separation anxiety.

Could the child flourish on her own, even as she kept something of the brand intact by adopting the acronym, BBYO? After all, the parent and the child had been a family, so to speak, for 75 years, with the youth group having a permanent line item in the parent group’s budget. And spin-offs fail all the time — New Coke, Cosmopolitan Yoghurt, anyone?

Fast-forward to February in Baltimore, where more than 4,000 teens, educators, professionals and philanthropists from 48 states and 27 countries attended BBYO’s International Convention. The 4,000 figure, including 2,500 teens, represents a nearly 200 percent increase over attendance at the 2012 conference.

And while some Jewish youth groups are struggling, the pluralistic BBYO seems to be thriving. Its membership has doubled since the 2002 breakaway to nearly 20,000.

Turns out that back then, there was a financial nest to cushion the child’s fall.

Matt Grossman, BBYO’s CEO, who joined the organization in 2004, said there were five philanthropists led by Lynn Schusterman who “saw potential growth in the group,” and in the first year donated one-third of BBYO’s $6 million budget.

The outlay has paid dividends.

“When I came,” Grossman said, “I had a mandate to reach and inspire teens. The most important thing I may have done is focus on teens and their capacity to lead the organization.”

Grossman said the “secret” to BBYO’s growth is that older teens reach out to younger teens and “invite them to be a part of something bigger than themselves.”

That was the case with Jillian Axelrod of Bellmore, L.I., whose older cousin invited her to join BBYO when she was in the eighth grade. “She had told me for years how amazing it was, that it was too amazing to put into words,” Jillian recalled. “I joined and it was the greatest decision I ever made.”

Now a senior at John F. Kennedy High School in Bellmore, L.I., Jillian, 17, is on BBYO’s Long Island regional board.

“It has helped with my leadership skills, motivation and work ethic,” Axelrod said. “I know it will help me throughout college.”

Asked about her attachment to Israel, Axelrod replied: “I had felt strongly about Israel before, but I did not know much about it. BBYO sent me to the AIPAC convention in November 2014. It was such a good experience … and it gave me a greater understanding of what is going on in Israel.”

She said she plans to use that knowledge when she goes to college to combat any anti-Israel BDS (boycott, divestment and sanctions) groups on campus.

Axelrod’s views are at odds with those found in a 2013 survey conducted by the Pew Research Center. It found that young Jews are more likely to be critical of Israel and less likely to feel attached to the Jewish state. And fully one-quarter of those aged 18 to 29 believe the U.S. is too supportive of Israel.

One reason for Axelrod’s positive views of Israel is the work done by Jewish youth groups, including the denominational ones: the Conservative movement’s United Synagogue Youth (USY), the Reform movement’s North American Federation of Temple Youth (NFTY), and the Orthodox Union’s National Council of Synagogue Youth (NCSY).

Several members of the student-run BBYO interviewed for this article confirmed the major role Israel plays, both in the organization and in their lives.

“At our last [international] convention in December, we focused on globalization in terms of Judaism and its role in different countries – including Israel and Bulgaria,” he said. “And we had someone come to the convention to teach us how to approach BDS people without getting into a fight, how to determine when someone is being anti-Jewish, anti-Israel or anti-Israeli policy. If someone substitutes the word ‘Jews’ for ‘Israel,’ he is being anti-Semitic. … We also learned the difference between a hate crime and someone who is just protesting political views.

“This will all help me stand up for myself as a Jew and for the State of Israel, especially since my top college is known for being pro-BDS.”

Grossman pointed out that BBYO’s mission is to get its members to love Israel as a country, even as political issues swirl around the Jewish state.

In addition to nearly 20,000 members, Grossman said, another 13,000 Jewish high school students who are not BBYO members “come to our programs during the course of the year. …This is how we create a pipeline of interested teens.”

It is for that reason BBYO is able to boast that it is “the leading pluralistic teen movement,” Grossman added.

For 90 years, according to its literature, BBYO “has provided exceptional identity enrichment and leadership development experiences for hundreds of thousands of Jewish teens.”

Grossman noted that BBYO now has 200,000 living alumni in the U.S. alone, “thousands of whom play leadership roles on their college campus through their involvement with Hillel, fighting BDS, and being active in student government. If you ask many local Hillel directors, you will hear that some of their most active participants both at Hillel and in campus life are alumni of BBYO.”

“In fact,” Grossman added, “we invite many of the college students back as staff members to our international conventions so that our high school teens can connect and learn from them.”

BBYO’s newly elected international presidents are Aaron Cooper of Winston Salem, N.C., and Ellie Bodker of Overland Park, Kan. Both are deferring their first year of college next year to spend the year traveling worldwide from community to community to meet with teen leaders and staff.

“It’s really an awesome job and BBYO pays for everything,” Cooper said.

Cooper has a Jewish mother and a black Baptist father. He said he feels at home in BBYO, pointing out that there were five other biracial BBYO members at the group’s international convention in Baltimore in February. In fact, he said, BBYO had another biracial president, Mika Stein of Texas, in 2013.

More than 4,000 teens, educators, professionals and philanthropists from 48 states and 27 countries attended the convention that elected Cooper and Bodker, which BBYO said was a 182 percent increase over 2012 and set a Guinness world record for the largest Shabbat dinner. One of the convention speakers was Cornell Brooks, president and CEO of the NAACP.

“I want to reach out to the NAACP because of our similar histories of being oppressed — that is a crucial relationship we should build on,” Cooper said. “I want to encourage our movement to work on human rights campaigns. We are a huge organization that is all about changing the world, and the best way to do that is to work with those who are experts at what they are doing. It will make us more effective change agents. … As an African-American Jew, I hope something will come of it.”

Cooper said he believes a key to the success of BBYO is its emphasis on teen leadership.

“We operate as a fraternity and sorority,” he said. “We have adult help, but we are teen led and staff facilitated.”

The father of two daughters who were active BBYO members, Michael Kessler of Dix Hills, L.I., said the organization’s success is that it is “kid driven.”

“It’s kind of cool when a high school kid comes up to a second-semester eighth grader and invites him to come to a BBYO meeting,” he said. “The eighth grader feels empowered — that an older person wants him to share something with him. And all of the programming has a Jewish component — Israel, tzedakah [charity] and talking about the holidays. It brings Judaism to the forefront but in a social setting, which is more palatable to the kids than forcing them to go to temple.”

Another attraction of BBYO is that the boys’ and girls’ chapters are like Jewish fraternities and sororities, according to David Ziman, 17, of Scarsdale, the Westchester regional president.

“That fact is a massive drawing card for people — it’s a great way to make friends in a very social atmosphere,” he said. “In Westchester most members join in the ninth grade, but we’re going after eighth graders now. Teens tend to drop away from Jewish life after their bar mitzvah — which is usually when they are in the seventh grade — and we want to engage them as soon as they are eligible to join.”

“The value of BBYO is that kids get an incredible Jewish experience — they fall in love with it and stay involved in the Jewish world in high school and the years beyond,” Ziman noted.

An AZA (boys program) and BBG chapter (girls program) has been established at the Westchester Reform Temple and Ziman said he expects to create more partnerships with other Westchester synagogues, JCCs and perhaps Jewish day schools.

“They are good place to grow from,” he said. “The Westchester region has only been in existence for five years.”