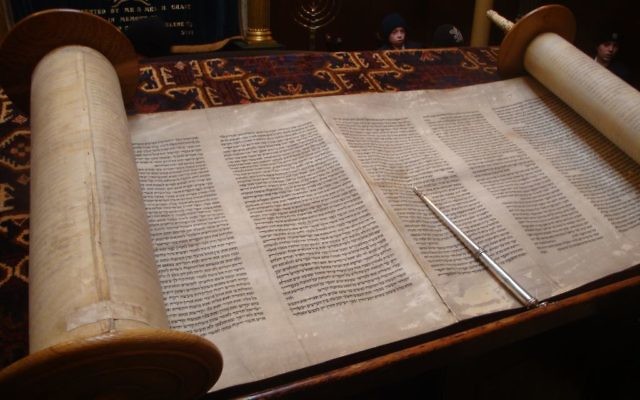 Years ago, a college classmate provocatively announced that he planned to name his first son “after the most maligned figure in the entire Torah: Esau.”

Let’s consider Esau’s defense. After we are introduced to Esau as Isaac’s favorite son, we are immediately taken to the fateful scene where Jacob is cooking lentil soup when Esau comes home exhausted from the hunt. Esau asks for some food, but Jacob will only agree in exchange for the birthright. Is not a cunning Jacob taking advantage of an innocent Esau?

Then there is the more troubling question of the stolen blessing. Even without going into the details of how Jacob pretends to be someone he’s not, Esau emerges as an honest figure deserving of our sympathy. After all, Esau’s desire to personally carry out his father’s will meant that he needed a long time to prepare the meat himself. Indeed it was Esau’s diligence in tending to his father that allowed enough time to pass to make it possible for Jacob to get to Isaac’s tent first. Surely, Rebecca must have realized the profound nature of Esau’s commitment to his father, for she masterminded Jacob’s plan.

When Esau realizes that Jacob has already received the blessing originally meant for him, his response cannot fail to touch the reader: Esau begs of his father,

But it is the beginning of Vayishlach that clinches our pro-Esau case. Jacob finally returns to his ancestral home after an absence of twenty years. Understandably, Jacob is terrified of his brother’s potential reaction, and so in preparation, Jacob sends messengers ahead with exact instructions as to how to address Esau. Informed of the impending approach of Esau’s army of 400 men, he divides his household into two camps, prepared for the worst. But what actually happens defies Jacob’s expectations: Esau is overjoyed to see him. “And Esau ran to meet him, and embraced him, and fell on his neck, and kissed him, and they wept” [Gen.  33:4].

Esau hardly seems worthy of the official censure of Jewish history as the personification of the anti-Jew. In fact, my college friend had good reason to name his son after Esau.

So why are the Sages so critical of him? I would suggest our analysis so far overlooks something central in Esau’s character. Yes, there are positive characteristics of Esau to be found in many Jews. Many are aggressive, self-made people who weep when meeting a long-lost Jewish brother from Ethiopia or Russia. They have respect for parents and grandparents, tending to their physical needs and even reciting – or hiring someone to recite – Kaddish after their death. Financial support and solidarity missions to Israel, combined with their vocal commitment to Jewry, reflect a highly developed sense of Abrahamic (Jewish) identity, just like Esau seems to have. Esau feels that Abrahamic identity with every fiber of his being.

But when it comes to commitment to Abrahamic (Jewish) continuity, the willingness to secure a Jewish future, many of our Jewish siblings are found to be wanting – just like Esau. Undoubtedly, one of the most important factors in keeping us “a people apart,” and preventing our total assimilation into the majority culture, has been our laws of kashrut. Refusing to eat non-kosher food with our non-Jewish work colleagues and neighbors has imposed a certain social distance that has been crucial for maintaining our identity. But Esau is willing to give up his birthright for a bowl of lentil soup. Like Esau, the overwhelming majority of diaspora Jewry has sold its birthright for a cheeseburger.

Esau’s name means “fully-made, complete.” He exists in the present tense. He has no commitment to past or future. He wants the freedom of the hunt and the ability to follow the scent wherever it takes him. He is emotional about his identity, but he is not willing to make sacrifices for its continuity. Primarily, it is on the surface, an external cloak that is only skin-deep. That’s why it doesn’t take more than a skin-covering for Jacob to enter Isaac’s tent and take on the character of Esau. Indeed, Esau is even called Edom, red, after the external color of the lentil soup. Esau has no depth; he is superficial.

And Esau intermarries with Hittite women, causing his parents to feel a “bitterness of spirit” [Gen. 27:35]. No wonder! The decision of non-Orthodox American Jews to “marry out” is now at 70 percent, leading to a “bitterness of spirit” in many families. Even those who intermarry and continue to profess a strong Jewish identity cannot commit to Jewish continuity. Perhaps Esau even mouthed the argument I’ve heard from those I’ve tried to dissuade from intermarriage: “But she has a Jewish name! She even looks Jewish!” Esau may have said, “Her name is Yehudit,” literally, a Jewess, from Judah; “she has a wonderful fragrance,” and indeed one of Esau’s wives is named Basmat, meaning “perfume” [Gen. 26:34]. But once again, Esau only looks at externals.