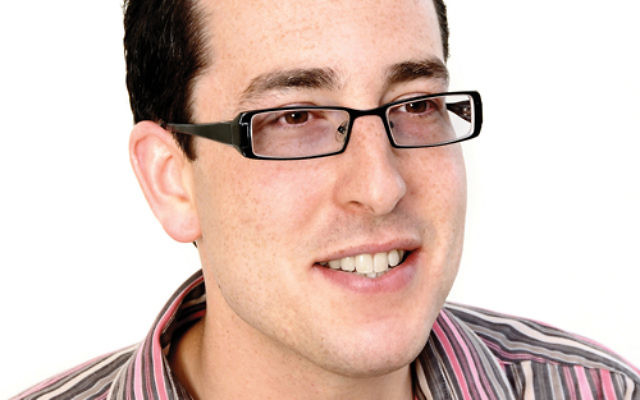 In Israel and the Jewish world, there are two common reactions to the crisis in Israeli-Palestinian relations. Both are waterlogged, so to speak.

Some of us are in denial after the Palestinian Authority president, Mahmoud Abbas, more or less eulogized the peace process recently from the podium of the United Nations. We make excuses for him, and say he just needs a bit of cajoling.

Others among us are holding told-you-so celebrations, concluding that the belief that “there’s no partner to talk to” has been proved correct once and for all.

But as both sides wait for a final reckoning judgment day on which outlook will come to define the permanent arrangements for this region, the asset that they are arguing about is undergoing serious damage.

The Israeli-Palestinian conflict is said to be about land — but land alone is not enough to support the populations that want to live on it. We humans are all utterly dependent on water.

There is still time for the politicians to spar and to blow hot and cold over a comprehensive peace treaty. We’re constantly told that the window for the two-state solution is about to slam shut once and for all. This is hyperbole, but when it comes to the threat water, the threat of devastating damage is actually understated.

Divvying up water supplies, and more importantly, formulating plans for the safe treatment of all sewage in the region, have always constituted a key component of peace negotiations. But the need for water, and the production of sewage, don’t halt while rounds of peace talks are convened and disbanded.

I would say the following to Palestinian and Israeli leaders: Fume at each other from the podium of the UN, battle for international public opinion, continue to trade threats and insults, carry on the cycle of “let’s negotiate” followed by “we’ll never again negotiate” — but stop dragging nature into all of this. Give the region’s water supply a free pass to the next generation so that even if, in a worst-case scenario, the two sides are still fighting each other, they have clean water to drink while doing so.

The leaders should do this by removing water and sewage from the shackles of the wider peace process, and deciding that, whatever else is going on between them, they will quickly reach an agreement on these issues. They are far less complex than the other big issues for negotiation, namely borders, settlements, security and refugees. Implementation and enforcement are far simpler.

For the sake of water, the international community should be prepared to drop its expectation that all issues are resolved at once, and both Israel and the Palestinians should be prepared to talk without preconditions. He who brings preconditions to negotiate about water is like the protagonist in the rabbinic story who insists on his right to bore a hole under his seat in a ship. So Israel should aim for a water agreement without demanding that the Palestinian Authority dissolves the unity government that links it to Hamas, and Palestinians should aim for a water agreement without insisting on a settlement freeze.

Honing in on the environment in the face of the big, bad Israeli-Palestinian conflict may seem parochial, but it isn’t. In fact, Israel’s premier security think tank, the Institute for National Security Studies, has joined Friends of the Earth-Middle East in advocating a water-first approach.

It is ironic that settlements grab all the attention. Settlement homes are just bricks and mortar and can, if the political will exists, be razed (this is a statement of fact not an apology for settlement construction). On the other hand, political initiative isn’t necessarily enough to fix the polluted water supply.

The first piece of the problem that needs fixing right now is that of supply. The 20-year-old Oslo process set the Palestinian water quota, but it was meant to be in place for just five years, failed to make provision for population growth, and over-estimated how much water was available in the Eastern Aquifer. The level of water supply to the Palestinians is often used as a stick to beat Israel, but is really due to the fact that it is determined by an old agreement that urgently needs updating.

The second piece of the problem is sewage. The Oslo agreement is inadequate to manage the massively increased sewage output in the West Bank two decades on. The building of adequate sewage infrastructure has been held back by the absence of a final peace agreement. Constructing settlement-sewage works, like all settlement construction, is controversial, while the Palestinians accuse Israel of restricting the growth of its sewage infrastructure. The bottom line is that a shocking amount of sewage runs into the environment untreated, and ground and surface water is being polluted. There are already wells formerly used by both Palestinians and Israelis where pumping has been halted. And this problem isn’t limited to the West Bank — water polluted over the Green Line reaches the ground water supply within Israel’s pre-1967 borders.

In December 2010, when tensions between the Palestinians and Israel were high after the collapse of a round of peace talks three months earlier, there was a forest fire in Northern Israel. Despite the angry atmosphere, Abbas talked to Israeli Prime Minister Benjamin Netanyahu, offered assistance, and sent fire trucks. If the sides can put frictions aside to save one forest, surely they can do the same to protect their region’s water? Does it really take flames get them together for the environment, or can they think ahead to the kind of water-related calamities they want to avoid?

Next week, observant Jews everywhere in the world will start saying the daily prayer for rain, because the ancient rabbis understood the importance of good water supplies. Perhaps the time has come to pair prayers with a bold human initiative.