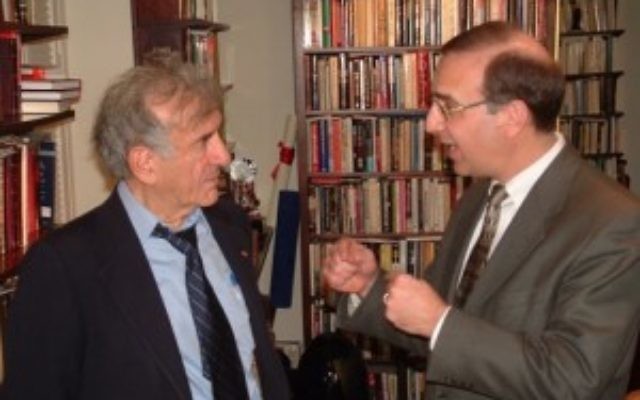 There is a wonderful phrase in Hebrew that drips with sardonic, Jewish wit. It is when someone says “gileta et America,” meaning “so you discovered America!” It is said to someone when they say something so obvious that everyone has known if for years, but the person who shared it put the thought out in a way that suggests that they were the first person to uncover this truth.

The phrase occurred to me when I read Daniel Gordis’ Aug. 13 column in the Jerusalem Post headlined “What if We Stopped Hasbara.” In the column he condemns the “Israel can do no wrong” mentality among the burgeoning number of Israel advocacy groups. He also urges the groups that truly care about Israel to talk about the country with a bit of nuance. There is no way that such groups have any credibility among thoughtful diaspora Jews when again and again they portray Israel as always in the right and everyone who challenges Israel as always in the wrong.

Gordis’ key passage: “Why, then, do some of us insist that being a real Zionist means insisting that … Israel does not have a racist, xenophobic cancer in its midst that simply needs to be excised? In part, that is too often what we model. When has the leadership of the Zionist world (except for the past two weeks) offered (any) critique of Israel’s actions, whether during peace or in war?”

So Daniel Gordis has “discovered America.”

It is indeed tragic, that it takes the slaying of Shira Banki, a 16-year-old participant in Jerusalem’s Gay Pride Parade and the death of a Palestinian toddler (Ali Saad Dawabsha) and his father (Saad Dawabsha) at the hands of arsonists to awaken the conscience of Israeli leadership to the scourge of extremist Jewish terrorism.

Liberal Zionists have been sounding the alarm bell about the unchecked rise of ultra-nationalist, anti-democratic and racist Jewish groups for decades. It would be too kind, and untrue, to say that the Netanyahu government has ignored the phenomenon. There is ample evidence that many arms of the Israeli government have been complicit in aiding and abetting the rise of forces that threaten Israel’s future as much, if not more, than Hamas, Hezbollah and Iran combined. Nor is it even remotely acceptable that the prime minister himself, on the eve of the last election, gave voice to the most vile anti-democratic and racist sentiment when he warned his supporters that Arabs (who are Israeli citizens) were going to flood the voting booths and that his supporters needed to turn out to re-elect him.

It is not surprising that a country under siege falls victim to increasingly xenophobic attitudes. In a 2012 poll conducted by an Israeli polling firm, Dialog, 59 percent of Israeli Jews wanted preference to Jews over Arabs in public employment, 49 percent wanted the state to treat Jews better than Arabs and 33 percent objected to Israeli Arabs even having the right to vote. The Israel Democracy Institute has been reporting a consistent rise of racist sentiments among Israeli Jews for more than a decade. It is even more pronounced among younger Israelis. In such an environment, one would hope for political leadership with some moral courage.

To say the least, Netanyahu has not provided that kind of leadership. In addition to his own statements, he has appointed senior cabinet members who have shown shocking insensitivity to the principles of minority rights, due process or the Jewish value of “protecting the stranger.” Justice Minister Ayelet Shaked has suggested that the Israeli Supreme Court needs to be “reined in” because of its rulings that often uphold the rights of Palestinians. Culture Minister Miri Regev has stated that public funds should be withheld from artists who might be critical of the government, sending a serious message about freedom of expression in Israel. Deputy Foreign Minister Tzipi Hotovely, who for all intents and purposes runs the Foreign Ministry in the absence of Avigdor Lieberman, has stated that because God gave the Land of Israel to the Jewish people, there is no problem with settlements on the West Bank.

Thank goodness for Israeli President Reuven Rivlin, who has been a consistent moral voice defending the rights of Israeli Arabs and condemning the hate speech and hate crimes that have become more prevalent and more acceptable in the Israeli public square. For his moral courage, Rivlin has had to shore up his security detail because of the growing number of threats being made of the kind that led up to the assassination of Yitzchak Rabin.

Daniel Gordis is the darling of the Jewish establishment on all things Israel. I say this with both admiration and some irony. I love reading Gordis. He hits many of my emotional Zionist buttons very deeply. Perhaps that is what gives him both some cover and some credibility to say what many of us have been saying for a very long time about the very real dangers facing Israel as both a democratic and a Jewish state.

Rabbi Sid Schwarz is a senior fellow at Clal. He is also the director of the Rene Cassin Fellowship Program.