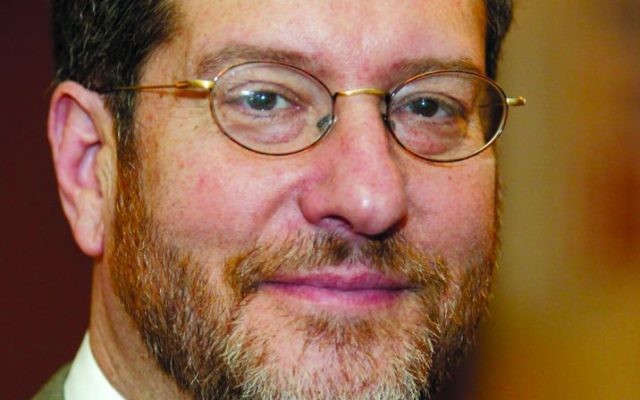 Secretary of State Kerry and President Obama are hitting the road to the Middle East this month, and, among other important strategic objectives, they will try to revive Israeli-Palestinian negotiations that can lead expeditiously to a permanent peace agreement.

I’m sure the president would like nothing better than to preside over a signing on the White House lawn during his second term in office. I share this aspiration. Yet as we have heard and read repeatedly from experts, the chances of this actually happening are slim to none. The parties, they convincingly argue, are simply too far apart on the issues — borders, refugees, settlements, Jerusalem, etc. — and, therefore, the administration’s attention should focus elsewhere.

But an all or nothing approach is both shortsighted and counterproductive. In reality, Israel, the Palestinians and the United States, at least in principle, already agree on many things, first and foremost that the goal of the peace process should be two separate states between the Jordan River and Mediterranean Sea. In addition, all three parties, it can be assumed, want both Israel and a future state of Palestine to be successful, to have effective security mechanisms to be able to handle external and internal threats, as well as resources and economies capable of providing for the welfare of their peoples.

As a “start-up nation,” Israel is clearly a successful state, while the Palestinians still have a long way to go both in the West Bank and in Gaza, which is an even more complicated situation because of Hamas’ de facto control there. If a future Palestine is called upon to absorb hundreds of thousands of refugees and/or their descendants as part of a peace agreement — a massive “return” to Israel is a non-starter — its economy will need to be strong indeed. If it is not, we would just be setting the Palestinians up for social turbulence and failure.

Palestinians made precious little economic progress under Yasir Arafat’s leadership. Unfortunately, after the Oslo Accords signing, he never made the hoped-for transition from his revolutionary and violent past to statesman. It is widely acknowledged that Arafat launched the second intifada that claimed the lives of hundreds of Israeli civilians. New York Times columnist Thomas Friedman once observed that when he Googled the words Arafat and Palestine and education, he could not come up with one speech or paragraph, while references to Arafat and martyrdom and jihad went on for pages. His obsession, Friedman wrote, was with Palestinian “land,” not Palestinian “life.”

Now, at long last, a Palestinian leader has emerged on the scene, Prime Minister Salam Fayyad, who cares more about Palestinian life than Palestinian land. Fayyad frequently tells visitors that his role model is David Ben-Gurion, the Zionist leader who understood that creation of a viable state infrastructure (in Israel’s case, the Yishuv) must precede statehood declarations. Unfortunately, PLO leader Mahmoud Abbas did not take this route, and, instead, went to the UN General Assembly to obtain the largely symbolic observer state status for Palestine.

With the support of the U.S. and Jordan, Fayyad has put together a credible police force, which, according to Israeli security officials, has been working effectively to prevent terrorism. While the growing signs of unrest in the West Bank have subsided, Palestinian police are likely to be tested in the future. The Palestinian economy, while still dependent on foreign assistance, has made significant strides. Anyone who visits the West Bank, particularly Ramallah, can witness this revival. If Fayyad’s enterprise can provide the solid foundation for a Palestinian state, whether its final realization takes a year or a generation, Israel, the United States, and the entire international community have a direct stake in cultivating its success. This challenge cries out for U.S. leadership.

I am an Indianapolis Colts fan — don’t ask me why, it’s complicated — and, although the team did not win a Super Bowl this year, it did begin to put in place the necessary elements of future victory, particularly adding a star rookie quarterback. And, to everyone’s surprise, they even made it to the playoffs. Fayyad’s work must be accompanied by a “political horizon,” and the administration should continue to try to broker final-status negotiations that could lead to that White House ceremony — a diplomatic Super Bowl trophy. Provisional political arrangements short of a final deal also can and should be discussed as well. But success is not always defined in absolute terms. Secretary Kerry and President Obama would be well served to keep that in mind during their upcoming trips to the region and the next four years. Leaving office with both Israelis and Palestinians enjoying greater security and prosperity on the ground, even without resolution of what today seem like intractable issues, would be a significant achievement.

Martin Raffel is associate executive director of the Jewish Council for Public Affairs.