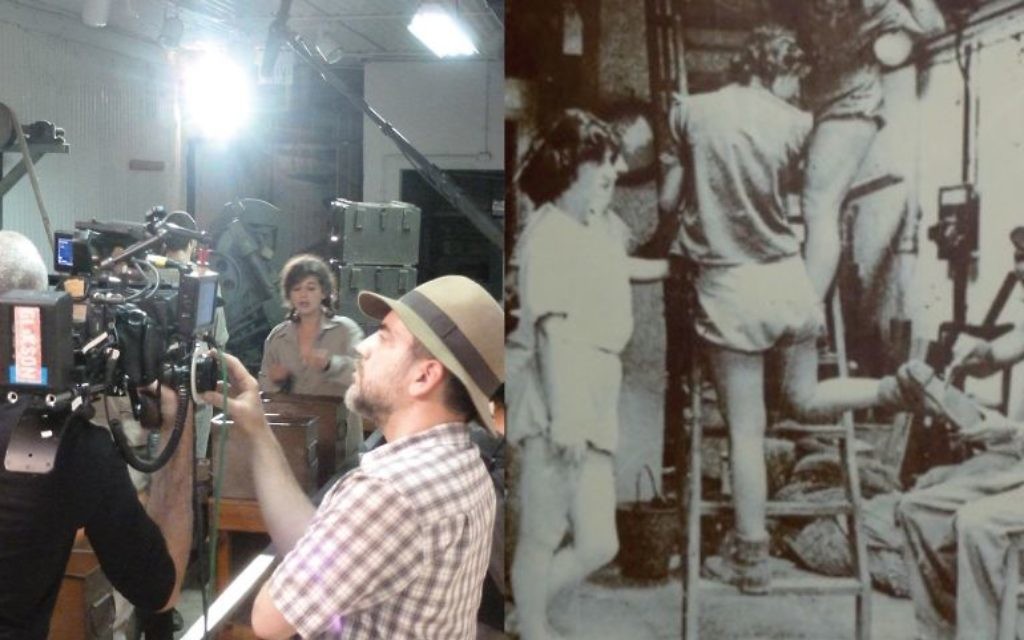 As she prepares a documentary about a long-held secret of Israel’s War of Independence, filmmaker Laurel Fairworth said she believes the film is more important today than ever.

“There is so much anti-Semitism in the world and negative projections about Israel, it would be nice to show people a time when Israel was David and not Goliath,” she said.

“Ayalon: The Secrets Beneath the Hill” (the working title) is the story of a bullet-making factory built 26 feet beneath the Ayalon Kibbutz in Rehovot in central Israel, about 12 miles south of Tel Aviv. The planned documentary will tell the story of the 45 Jewish scouts — primarily teenagers — who worked surreptitiously from 1947 until 1949 to make at least 2.5 million nine-millimeter bullets for Sten submachine guns made by the Haganah, the underground Jewish militia in pre-state Israel.

The documentary will be told through interviews with the last 10 surviving scouts who are now in their 80s and 90s (one has since died). One of them, Shlomo Hillel, who at 23 was the oldest and the leader of the scouts, said work on the factory began in 1945.

“We knew we might have the possibility of a State of Israel and that we might then be attacked by neighboring Arab armies with their tanks and airplanes,” he told The Jewish Week. “But the British [who then controlled the area] were against us defending ourselves. We were not allowed even to have bullets.”

Fairworth said the scouts agreed to help the Haganah even before they knew what they were being asked to do or the risks involved.

The 1,700-square-foot underground factory with two-foot-thick walls and a ceiling that was reinforced with iron to support the weight of the laundry and bakery above, was able to operate undetected because of the noise from the washing machine. The machine was kept running daily because the kibbutz — which was established as a cover for the work underground — offered to wash the shirts of British soldiers.

Not only was it dangerous for the scouts to work with gunpowder underground, but Hillel pointed out also that it was against British law for Jews to even possess armaments. But were it not for their efforts, he said, the Haganah would not have had the bullets to “protect Jerusalem and free Haifa and Jaffa” in the civil war between Arab and Jewish communities from 1947 until the State of Israel was declared on May 15, 1948.

Fairworth said the scouts produced bullets until Israel’s War of Independence ended in 1949. It was then turned over to the Israeli army, and Hillel said he believes it was used for atomic energy research.

“After the war, we were told not to mention the factory to anyone,” Hillel said.

It wasn’t until the 1980s that someone surveying the land accidentally leaned on a button, causing the laundry machine to pull back and reveal the ladder leading to the underground factory. It was declared a national historical site in 1987 and was opened for tours.

Fairworth said she has thus far raised half of the $400,000 needed to make the documentary. She said she hopes to complete the project next year (ayalondocumentary.com).

Hillel said he believes the documentary to be a “worthwhile project.” Other than a 7 1/2-minute segment he participated in for the History Channel in 2008, Hillel said the story of the munitions factory is not widely known.