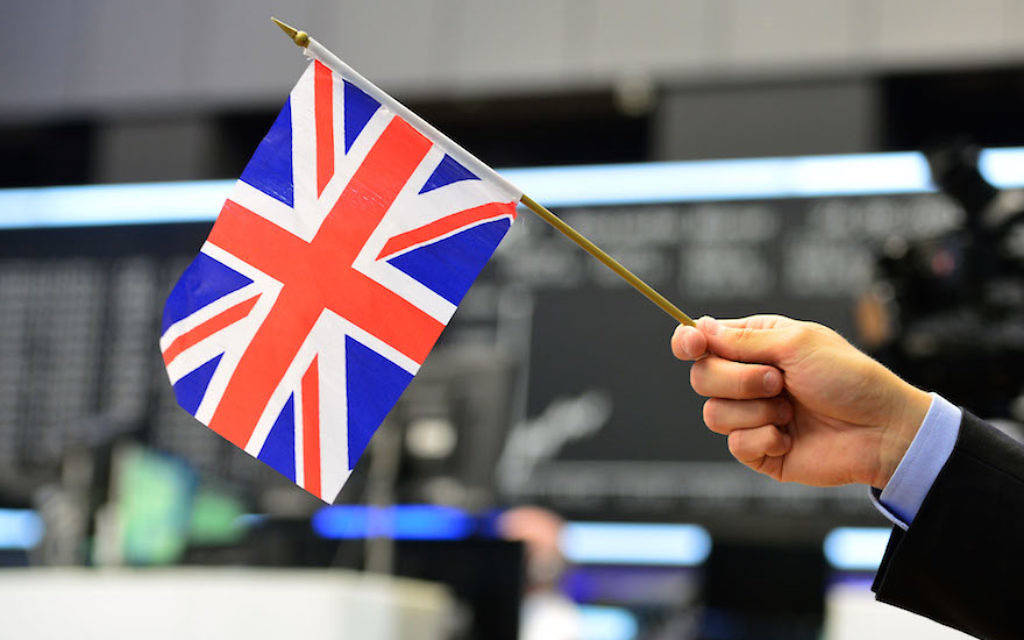 Great Britain and the rest of Europe woke up to a new reality Friday as a slim majority of British voters said their country should leave the European Union. Markets trembled, British currency crashed and British Prime Minister David Cameron announced his pending resignation. It was a major blow to an alliance formed specifically to avoid a repeat of the nationalist rivalries that led to the First and Second World Wars.

Although Britain’s Jews appeared as split as the rest of the country over the “Brexit,” at least one prominent Jewish voice — Stephen Pollard, editor of The Jewish Chronicle newspaper, welcomed the vote as “a wonderful day for Britain — and its Jews.” P0llard’s argument: Britain is now free to chart its own course when it comes to Jewish interests, curbing extremism and supporting Israel. “[A]way from the Brussels bartering and negotiations that lie behind the EU’s foreign policy, Britain will be free to carve out an even more supportive stance, should we wish to,” he wrote.

But Pollard hardly spoke for all British Jews, and the impact of the vote may not be as clearcut as he makes it out to be. Here are six things you need to know about the Brexit vote:

The representatives of British Jewry have remained strictly neutral on the Brexit issue because it divides their community of approximately 250,000 people as cleanly as it does the general population, according to a Jewish Chronicle survey from last month. And while prominent British Jewish figures like sociologist David Hirsch lamented the result as the outcome of xenophobia and fear, other notable British Jews celebrated it as a release from Brussels’ dictates – including the Conservative European Parliament lawmaker Daniel Hannan.

The June 23 referendum, in which 52 percent voted in the affirmative, is not binding. The prime minister may put the issue up to a vote in Parliament, where a majority is believed to be in favor of remaining. That said, shoving this policy down voters’ throats would be highly controversial, if not incendiary. But then again, so is leaving the EU.

Cameron, who bet his political future on a remain vote and announced his resignation following the result, has been an exceptionally good friend to British Jews and to Israel, his critics and supporters agree. Under him, Britain began drafting laws outlawing the boycott effort against Israel and he has allocated an extra $17 million toward protecting Jewish communities.

The people likeliest to replace Cameron within the Conservative party have serious pro-Israel and pro-Jewish credentials, too. Boris Johnson, a sharp-tongued former mayor of London who supported Brexit, last year dismissed those seeking to isolate Israel through BDS as “lefty academics” who were unlikely to have influence in Britain, prompting his Palestinian hosts to cancel meetings planned for him in the West Bank. Michael Gove, another Conservative Brexit supporter and Britain’s justice secretary, has had a central role in anti-boycott legislation.

The vote hurt not only the leader of the Conservative party, but also Jeremy Corbyn, the leader of Labour. A former supporter of less EU intervention in British politics, he nonetheless supported remaining in the European Union and campaigned for this outcome. Now, he is facing internal criticism over his perceived failure to deliver. The many Labour voters who supported Brexit are cited by his rivals within Labour as further proof that Corbyn, who is already facing internal opposition over his downplaying of Labour’s anti-Semitism problem, suffers from leadership issues.

The Brexit vote shocked Britain because many deemed it unthinkable or undoable, believing that, despite the polls, Brexiters would eventually vote to Bremain so as not to rock the boat or cause a currency crash (it happened: the pound dropped to a 31-year low of $1.35 against the dollar). Donald Trump, in Scotland Fridayfor the opening of one of his golf courses, was quick to interpret Brexit as a hopeful sign for his own presidential bid, which has taken him from Republican Party dark horse to presumptive nominee during a campaign focused on isolationism and opposition to immigration. “I really see a parallel between what’s happening in the United States and what’s happening here, people want to see borders,” he said in Scotland. “It’s happening in the United States, it’s happening by the fact that I’ve done so well in the polls.”

He wasn’t the only one seeing parallels: Bill Kristol, the prominent Jewish neoconservative, said the surprising outcome could reflect a tendency on the part of pollsters to undercount the right-wing vote — as they did when Cameron and Israel’s Benjamin Netanyahu won elections in 2015 — and that Trump may be doing better than it seems.