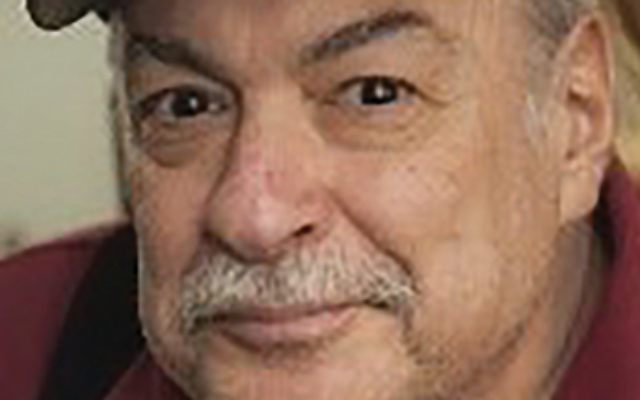 For years, products and services talked about differences. Tastier, faster, bigger, the most graduates who made Harvard, the percentage who married Jews. All are claims.

As technology moved on, products mimicked each other. No longer could you prove you were faster or better, safer or prettier. The advertising industry shifted from product claims to universal benefits. McDonalds became a respite. Kodak film sold memories. Nike sold motivation.

The strategy was to get your target to buy the brand instead of the product. Use Colgate mouthwash because you use Colgate toothpaste;  Xerox printers because they make Xerox copiers.

What does all of this have to do with Jewish education?

Day schools continued to argue over green vs. orange and whether a Magen Dovid is a better brand than a menorah. Neither is a brand. Brands have personalities, identities and awareness. They offer promises and a unique reason for being.

A logo is not a brand. Neither are cute headlines or splashes of color.

Logos and colors provide graphic continuity. They are the cover, not the book. Color says nothing about what you stand for, nor do crafty headlines that are off-strategy. Would you want to be remembered as the red day school or the purple yeshiva?

I did some branding work for a chain of Jewish funeral homes. The first headline I presented said, “How Jews Grieve.” A disappointed client said, “No. I want a cute headline.” “But you don’t have a cute product,” I said.

First, do the soul-searching and idea-wrestling that lead you to a concept. Use that concept and develop a universal benefit. Consistency is important. Create programs and educational tools that support your brand. Dismiss ideas that conflict

Are you fun or serious? New or old? Qualified or enthusiastic? If you saw the Star of David Yeshiva sitting alongside the Menorah Day School, would you be able to know which is which?

But Jewish elementary schools can’t think beyond old, tired claims.  “We Are Creating Tomorrow’s Jewish Leaders,” many say. Do moms and dads of 7-year-olds know whether they want their kids to lead the Jewish community?

And how many schools do what they do “one at a time?” How overused and believable is this claim? Burger King broils 600,000,000 burgers a year, “one at a time.” Kleenex pop up boxes clean your nose “one tissue at a time.” Two competing Jewish women’s organizations care for kids in Israel “one child at a time”; it’s what shrinks say when you don’t stop to smell the roses. You’ve got 30 kids in a class and try to shape a singular model of your graduates. Can you do that “one at a time?” And why would you want to?

I asked the new president of a growing synagogue about their brand. “Young couples are our brand,” she said. “Young couples with children.” “That’s not your brand,” I said. “That’s your target. Create a brand whose reason for being appeals to young couples. Let them own a concept instead of joining the synagogue.”

Consider: 1) A Talmud class in the laws of mikvah, 2) A lecture about extant Jewish manuscripts, Or 3) a lecture: “How Jewish life is relevant and joyful.” Which brand of Judaism has the most credibility on which topic? How did you know?

In pre-war Eastern Europe, two Mussar yeshivas emphasizing ethics and introspection were branded as clearly as Gus’ pickles. You’d recognize their students standing at a bus stop, whether or not you agreed with their worldview. You’d be happy your daughter married one and not the other. Yet, neither advertised, publicized or splashed color.

One was the Slobodka yeshiva. They believed in the majesty of man and how high he can become through ethical living. The other was Novardok, which stood for shiflus haadam — man is nothing, just a speck in the universe, and you have to work hard on yourself to get to where you want to go.

Slobodka students were clean, neat, dressed like the upper class. They held their heads high. Novardokers were shlumpy, looking and dressing like the poor. They would embarrass themselves in public to realize their position in the universe.

Lakewood Yeshiva is the Harvard of rabbinical schools. The Heschel School is pluralistic. Yeshiva University mixes Torah and secular subjects. Right or wrong, many educational institutions are branded by years of perceptions. If you’re tied to a brand by perception, be consistent with the brand, regardless of how old it is. Or change your brand.

School rabbis play ball with the kids? Your brand might be “Camaraderie.”

A school with the most nutritional menu? Your brand might be “Caring.”

The principal knows every kid’s name by heart? Your brand might be “Friendly.”

Stressing Torah texts makes you traditional. Referring to the Bible as the Five Books of Moses doesn’t.

Schools that are unbranded or poorly branded often resort to what they think their target wants. They claim a better cholent, a better video, a better gymnasium, a better baseball team and group discounts to the Knicks. Their claims are irrelevant, even hurtful.

A good brand delivers a credible promise that the target would like to personify. You don’t register with a day school. You share its values.

Good branding creates a more committed, participating day school family. It provides more sharing than following and more involvement than apathy. With a credible and unique brand, parents, students and teachers can finally belong to a school, and not just enroll.

Jesse Cogan, who lives in New York, is a freelance creative director specializing in the Jewish community.