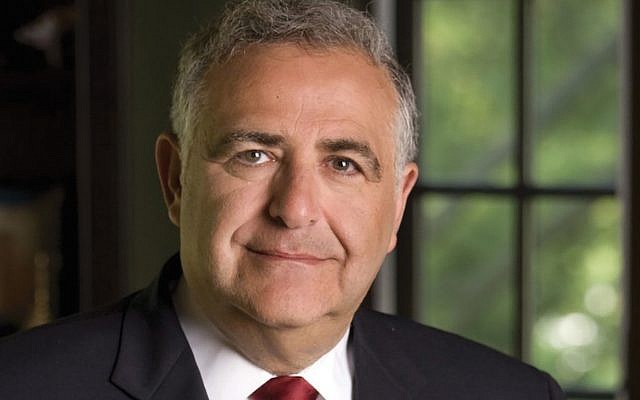 Richard Joel’s 14-year tenure at YU leads to a festschrift.

The retirement of Richard Joel as president of Yeshiva University a year ago brought the standard honors for someone who had served in a prestigious educational post for 14 years — dinners and speeches, videos and essays, which focused on his academic scholarship and Jewish knowledge, as well as his administrative skills and fundraising ability, particularly before the Madoff scandal and other financial woes in Yeshiva’s recent past.

They are among topics included in “Ennoble and Enable: Essays in Honor of Richard M. Joel,” a collection of 45 scholarly papers, feting his life and career, which was recently published by Maggid Books and Yeshiva University Press. The book is a festschrift, a journal of academic papers typically published for the retirement of a prominent university professor or a similar scholar. 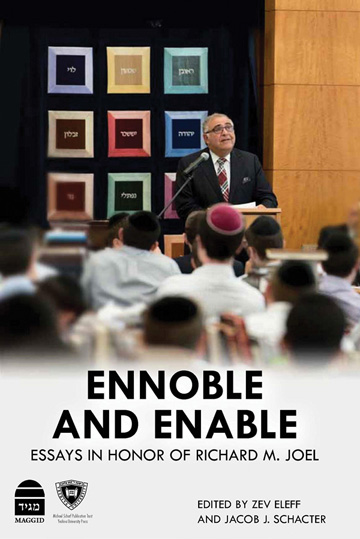 Topics — centering around the themes of leadership, community and education — range from “Paradigms of Leadership” to “A Talmudic Meditation on Individual and Community,” weaving in the references to Adams, the wartime seders and the Jewish laws surrounding mourning.

Rabbi Schacter called the book “a lasting way to show appreciation” for Joel’s accomplishments “in a thoughtful and sophisticated manner. I appreciate the lasting power of the printed word.” The rabbi noted that Joel contributed a great deal to the school and the wider Jewish community.

“It was a natural fit for us to publish such a work in Richard Joel’s honor,” said Yehudit Jessica Singer, marketing manager of Maggid Books. “We also had the honor of publishing two festschrifts in honor of former Lord Rabbi Jonathan Sacks” of England.

The book “reflects very strongly both YU’s core Torah u Mada [Torah and secular knowledge] belief and what Maggid Books is trying to bring to the Jewish world,” Singer said — “publications that fuse serious Torah knowledge and commitment with academic scholarship.”

Joel called the book “unbelievably meaningful.” He said he considered the festschrift “a wonderful academic tradition.”

Joel served as an assistant district attorney, professor of law at YU’s Cardozo School of Law, and president of Hillel: The Foundation for Jewish Campus Life, before coming to YU.

“I had no idea who was contributing to the festschrift,” he said in an email interview. “The contents of this volume could certainly constitute a curriculum for some of the classes I am offering in leadership and Jewish thought.”