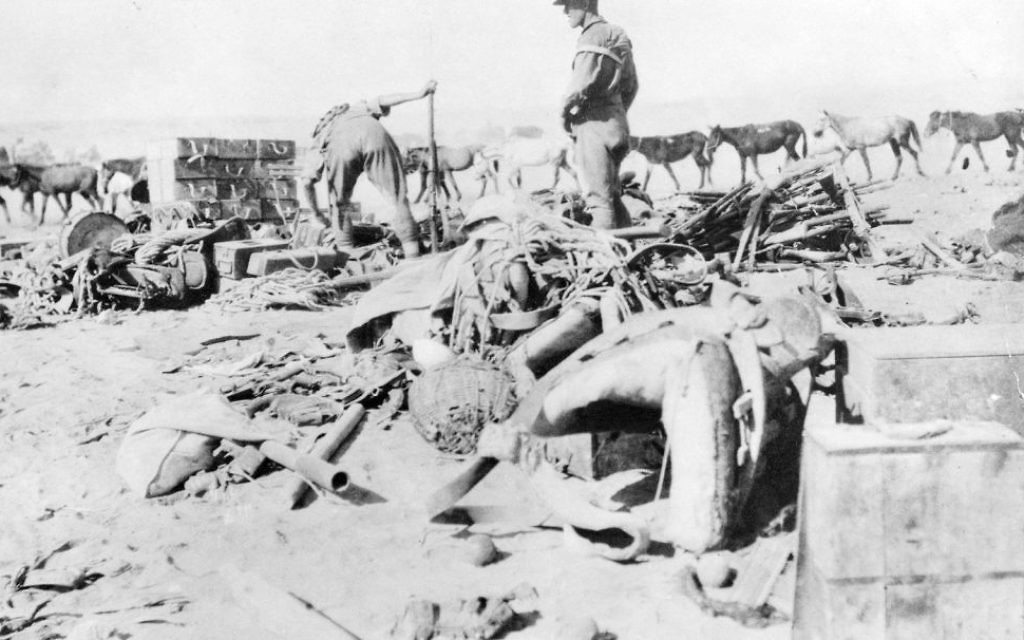 Almost everyone has heard of the Balfour Declaration, and many people know that this year will be its centenary. But what about the anniversary of the remarkable event which, just two days earlier, set the stage for Arthur Balfour’s history-changing missive?

It was Nov. 2, 1917 when Balfour, the United Kingdom’s foreign secretary wrote in a letter to Walter Rothschild, a preeminent Zionist and a friend of Chaim Weitzman, “his majesty’s government views with favour the establishment in Palestine of a national home for the Jewish people” — and was on board with making this happen. But at what point did he and his cabinet colleagues realize that Britain was going to be in the driver’s seat in the Middle East after World War I, and able to shape the region’s future?

Any Australian Jew can tell you the answer to this — but it’s an episode of history that isn’t part of the basic knowledge of the rest of Jewry. On Oct. 31, 1917, the British took control of Beersheba, largely thanks to the efforts of Australian and New Zealand soldiers, or ANZACs, as they are known. At dusk the 4th Light Horse Brigade powered its way through the defenses of the Ottoman Turks and seized Beersheba, a key strategic asset in the Negev Desert. This marked a turning point that allowed the British to break through Ottoman lines near Gaza a week later and advance to the rest of Palestine.

But in a sense, by the end of the Battle of Beersheba, Balfour had already seen enough, and was planning for the future.

Every year around Oct. 31, the Australian Embassy in Tel Aviv organizes a commemorative ceremony in Beersheba. Last year, marking 99 years, the ceremony was particularly heartfelt, and James McGarry, Chargé d’Affaires at the Australian embassy in Tel Aviv, underscored the connection between the ANZACs, the Balfour Declaration and Israel’s independence. “Together,” said McGarry, “these two developments — one in London, the other on this here ground — would set off a chain of events that would eventually lead to the creation of the modern state of Israel in 1948.”

This year’s ceremony will be a major event, attended by top Israeli and Australian politicians and officials. And the race is on to complete a new museum dedicated to ANZAC soldiers at the Beersheba cemetery where many of them are buried.

Diplomats and dignitaries gathered last April to lay the cornerstone for the new Beersheba ANZAC Museum. The mayor of Beersheba promised that he would pull out all the stops to get the museum built in time for the centenary.

If you’re traveling to Israel in the fall, make a note now to see what parts of the commemoration coincide with your trip, and try to schedule a visit to the new museum. But even if your trip does not coincide with the museum’s opening, why not mark the anniversary year by exploring this history that is so important to Aussie Jews and so little known by others? 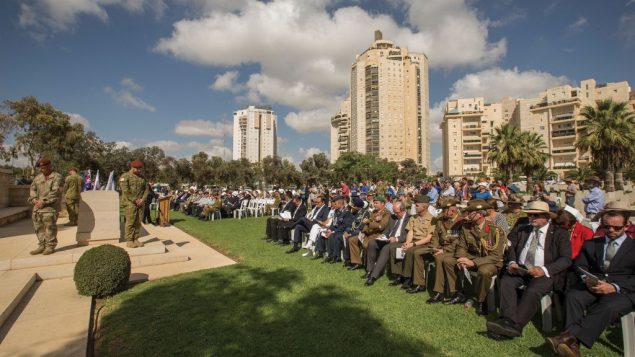 Visit Beersheba and go to the beautiful cemetery. Also consider some history-oriented hiking. The marked ANZAC Trail takes you hiking along the route that the ANZACs took as they rode into battle against the Turks on the Palestine front. It takes you through beautiful areas, including the 875-acre Eshkol National Park, with its wide lawns and shaded picnic areas, and through Tel Beersheba, the archeological site in southern Israel which is believed to be the remains of the biblical town of Beersheba. The trail ends at the cemetery.

If you are in Beersheba, you should take a chance to explore the place beyond its World War I past. It is a city steeped in history from the Biblical era. There Abraham, following God’s commandment to relocate, dug a well to water his flock and made a covenant of peace with Abimelech, the king of Gerar.

If you want nice cafés, Beersheba has plenty. Or you can head to Negev Zoo, a 2.5-acre zoo that has grown steadily from a small petting area into a full-scale zoo with special emphasis on desert species. Beersheba on Thursdays is a sight to savor, with its large Bedouin market. You should take the opportunity to visit the massive campus of Ben Gurion University, where numerous high-tech innovations start life. There is also the Negev Museum of Art.

Then, after exploring the city, end your visit back on the ANZAC theme. Head to the Australian Soldier Park, established in 2008 as a commemorative park. Enjoy the gardens, the waterfalls, the maze and the picnic areas, and appreciate the role that the young men of a newly-independent Australia played a century ago in enabling this desert to bloom.