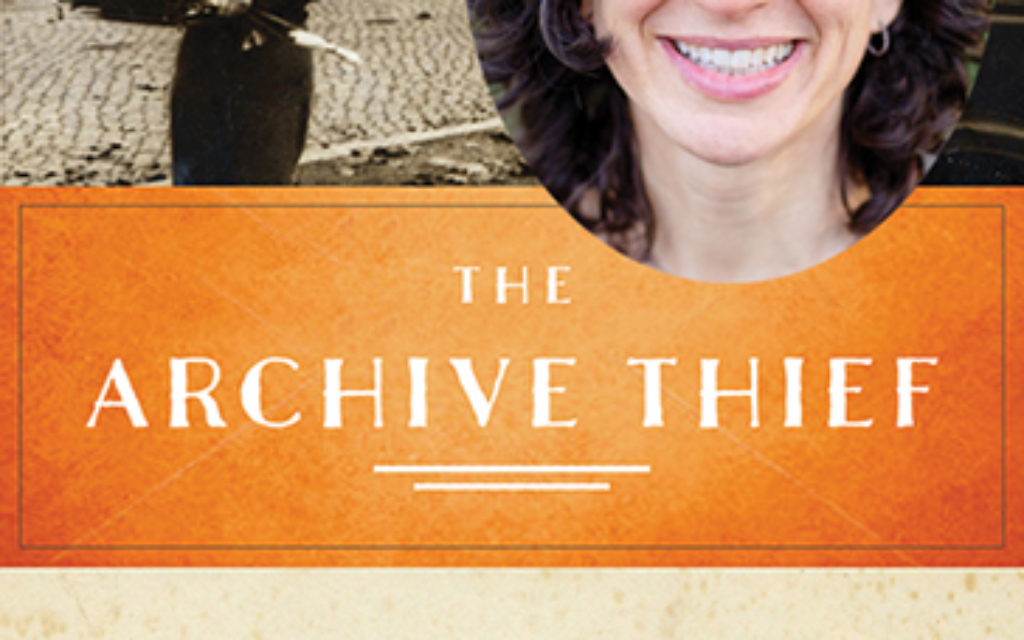 Not many books by historians seem like the stuff of feature films. Even with its extensive footnotes, Lisa Moses Leff’s “The Archive Thief: The Man Who Salvaged French Jewish History in the Wake of the Holocaust” (Oxford University Press), which was just awarded the largest prize in Jewish letters, seems like a cinematic natural. At the center would be the enigmatic historian Zosa Szajkowski, who is transformed over his lifetime — from a leading scholar of French Jewish history who heroically rescues documents, to a thief of manuscripts, selling books and pages he has stolen to academic libraries.

In the early, grainy, black-and-white scenes, Szajkowski is a book-loving boy in Zareby-Koscielne, a small town in east-central Poland, where he was born into a poor family in 1911. When he’s 16, in 1927, he moves to Paris to join some of his siblings. There, he tries to work as a journalist and a zamler, or collector of historical materials for YIVO, with dreams of becoming a historian.

Leff, a professor of history at American University whose research focuses on Jews of France, was awarded the 2016 Sami Rohr Prize for Jewish Literature for “The Archive Thief” at a ceremony in Jerusalem last month. The prize is worth $100,000.

She’ll use the prize money to work on her next book, which is about the so-called “Panama affair” of 1892-93. As she explains, “When the French Panama Canal Company was declared bankrupt and its scandalous practices (including bribing a number of major newspapers and 150 members of Parliament) were exposed, it caused an explosion of anti-Semitic sentiment so virulent that Hannah Arendt called it the ‘dress rehearsal for the Dreyfus affair,’ which broke out in its wake.”

Like “The Archive Thief,” the new book focuses on French-Jewish history. And, as in the earlier book, her approach is to use the stories of individual Jews — in this case the two Jews caught up in the scandal — “who have to navigate and respond to anti-Semitism.”

“The Archive Thief” is a richly detailed and sympathetic portrait that unfolds with elements of a detective story. In an interview with The Jewish Week, Leff says, “The book is stronger for the ambivalence” about whether he is a hero, thief or both.

In writing about the trajectory of Szajkowski’s life and career, she raises provocative questions about the nature of collecting, the role of archives and where they belong, and the very writing of history.

Leff explains that the field of French-Jewish history is quite small, and that early in her academic career she often would come across Szajkowski in her research, for he wrote more than 200 articles. At meetings and conferences in the 1990s, his name would come up, but he was considered something of a punchline, the scholar turned rogue.

When she decided to turn her research attention to him, she knew that he had been a heroic figure in Europe, rescuing documents from France and Germany. While serving in the French Foreign Legion, he was injured and spent time in small towns in France, and began sending “documentary remnants of the Jewish past” to YIVO. Scholarship became a kind of faith for him. In 1941 he was able to get out of Europe with the help of YIVO officials, and came to New York. After settling in, he joined the American Army and was eventually shipped back to Europe, where he again helped get valuable material out.

For Leff, the key to her research was finding a cache of about 400 letters that Szajkowski wrote, mostly in Yiddish, to his friends and mentors, Ilya and Riva Tcherikower, who were like surrogate parents. The letters show his passionate embrace of the work of collecting, his concern for his family stuck in Europe, tenderness toward the Tcherikowers and his idealism about preserving Jewish culture through the writing of history.

“The letters allowed me to hear his own voice,” she says, adding that she came to admire him and see him in a positive light — as an observer to what happened in Europe. He had the skills of an investigative journalist, creatively finding sources and being able to open doors.

But by the 1950s, Szajkowski was returning to Europe and stealing, whether pages from a library or municipal archive or boxes of records from synagogues, cutting out any identifying labels and selling them to institutions in the U.S. and Israel. Librarians trusted him, as he was known to be a world expert on the history of the Jews in France. Those who had doubts about him didn’t raise questions of ownership. Colleagues in the 1960s and 70s found him eccentric, often mean — very different from the person Leff encountered in the letters. She recounts that she hired translators to help her, as his handwriting was difficult, and by the end they were all in love with him.

Leff tries to understand Szajkowski’s motivation to steal, piecing together his disappointments and bitterness about dreams he hadn’t realized and his struggles to make a living to support his wife and son as an independent scholar after leaving YIVO. Or was he trying to avenge European anti-Semitism?

In September 1978 he was arrested outside of The New York Public Library for removing materials from the reference collection; authorities found rare pamphlets inside his brief case. Earlier, in 1961, he had been caught stealing in Strasbourg, France, but narrowly escaped arrest.

“Shamed, disgraced and exposed as a thief, Szajkowski was utterly ruined,” Leff writes. A few days later he drowned himself in a hotel bathtub.

When asked about his scholarly contribution, she responds: “Vast.” While some established scholars now say that his work is amateurish, with inelegant language and lacking larger arguments, and that he was a mere fact collector, she sees that as a strength. Today’s scholars work harder on analysis, but she gives Szajkowski credit for his sharp observations and commitment to the evidence itself. “He was suspicious of arguments,” she says. “It’s the facts that mattered.”