There’s a profound irony in American culture that many of us barely notice. Every year on the fourth Thursday of November we gather over turkey to express our gratitude for all the blessings that fill our lives, our humble thanks for all that life has given us.

And then, at the crack of dawn the next day (if not later that same night), we mob the stores, often pushing and shoving one another, to acquire more and more and more. “Thank you for everything. Now move over, I need to get me some more.”

Granted, we all have legitimate needs in life. Sometimes they take the form of new appliances. But most of us who brave the crowds on Black Friday to find the best deals are motivated by something other than need. And it might not be greed. It might be something even more dangerous, more sinister. It might be our tragic failure to achieve happiness with the plenty that many of us do, thankfully, have. Our inability to attain satisfaction in what we possess or what we’ve achieved is one of the more corrosive features of modern life.

Every so often we encounter a text that grabs our attention and lingers in our souls. Here’s one that I carry around in me, sometimes more — and sometimes less — aware of its presence. In Sanskrit there is a teaching that goes like this: “Take from the universe only as much as you need; no more and no less.” I learned it first from a yoga teacher who used it as a frame for our practice: Push your body to reap the benefit of the poses only as much as your body needs it. Don’t push more; don’t push less.

What if we were able to harness the power of this teaching in other areas of our lives? What if in our work we invested ourselves as much as we needed to in order to achieve success and financial security, no more and no less?

What if in our relationships — as friends, family members, community members, citizens -– we asked one another for as much as we needed to achieve happiness, stability and fulfillment, no more and no less?

What if in our spiritual lives we devoted ourselves as much as we needed to to feel connection, purpose, and growth, no more and no less?

Each extreme is painful and destructive. When we demand of ourselves or others more than we need and when we accept less than we need, that’s when things break down. 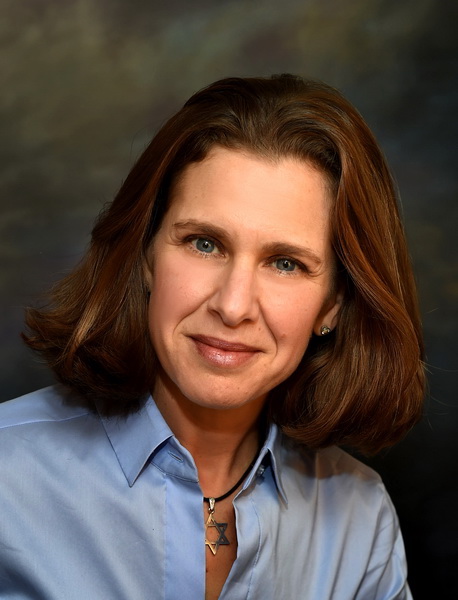 This week’s Torah portion, Vayishlach, illustrates this lesson in a poignant way. Jacob is making his way back to Canaan after having lived in exile for over 20 years with his uncle Laban. He had fled the wrath of his brother Esau after exploiting him to get his birthright and stealing his blessing from their father Isaac. Jacob ruptured his family when he connived to take more from the universe than was his to take.

In preparing to face Esau again, Jacob (now a rich man from working with Laban) sends ahead to his brother many expensive gifts — over 500 animals of different kinds — as a peace offering, but also to test Esau’s demeanor. The encounter ends peacefully and they each go their separate ways.

When Jacob reaches the city of Shechem, the Torah says, “Vayavo Yaakov shalem” — Jacob arrived whole. Why does the text need to tell us that? What does it mean?

Practically speaking, these recoveries seem a bit far-fetched. Could Jacob really have healed so quickly from his hip injury? Anyone who’s suffered from sciatica knows better. Sometimes I can barely remember a sermon I gave last week, never mind one I might have given 20 years ago! And how and where could he have replaced those 500 animals he gave to Esav?

Maybe Rashi’s deeper point is that while Jacob had clearly become diminished in these ways — physically, spiritually and materially — he retained enough of what he needed in order to feel whole, to feel complete and satisfied in his life. Maybe he had finally learned to seek and appreciate only as much as he needed from the world, without conspiring to take more, or conceding to having less.

Jacob ruptured his family when he connived to take more from the universe than was his to take.

“Vayavo Yaakov shalem/And Yaakov arrived whole.” Diminished physically by the lasting injury from his inner wrestling. Diminished spiritually by the long stretch of time since his last immersion into spiritual reflection. Diminished materially by his copious gifts to Esau. And yet whole. Complete. Feeling that he has enough, no more and no less, to return to his family and unfold the rest of his destiny.

As we continue to shop for gifts material, emotional or spiritual, let’s take from the universe only as much as we need. No more. And no less. That’s how we’ll find the best deal of all.

Adina Lewittes is a rabbi and thought-leader who engages with contemporary questions of ethics, spirituality, identity and belonging. She can be reached at adinalewittes@gmail.com.