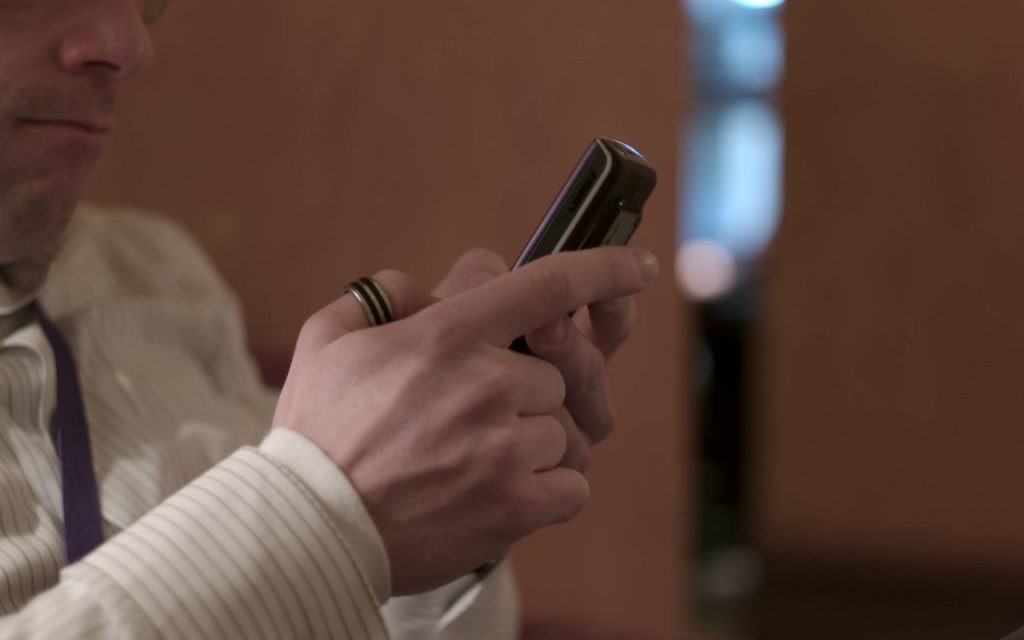 There was undoubtedly more texting in shul this Rosh Hashanah than in past years. In most liberal congregations, texting was likely done as discreetly as possible, often with a cellphone hidden low in one's lap. In some congregations it might have been more overtly outside in the lobby or perhaps outside the synagogue building.

But as NY Times Miami bureau chief Lizette Alvarez wrote in a recent article, in some congregations texting was integrated into the Rosh Hashanah service. In many congregations this new form of interaction was a first.

Alvarez explains that in a Miami Beach Reform congregation, congregants looked up at a big white screen and read the directions: “Pray. Write. Text.” For 90 minutes the participants used their texting thumbs to send out regrets, goals, musings and blissful thoughts for the rest of the congregation to see.

The rabbi, Amy Morrison, encouraged her parishioners rather than scolding them for texting. She said, "Take those phones out" and asked them what they needed to let go of to be "fully present?

"For young Jews in America, we are a demographic different from our parents and our grandparents," said Rabbi Jessica Zimmerman, the director of congregational engagement for Synagogue 3000, an organization that seeks to re-energize synagogue life and re-engage young professionals. "We're more educated, we move many more times and live further away from our family of origin, and we are single much longer, for years after college, which was never the case before."

Rabbi Morrison explained the idea to encourage texting during the High Holy Day services: "For my generation, the generation that the service is for, prayer is not something you can find in your own life until someone helps you wrestle with it… So, "I recommended texting ."

The young rabbi grew up in a Conservative synagogue, which she said would have scoffed at the notion of a texting Rosh Hashanah service. "Services there aren't as thought-provoking or honest or sharing, which is what I liked here," she explained.

While progressive congregations like Morrison’s will continue to experiment with pushing the envelope and using new technology like texting and tweeting during the services, many other congregation will continue to lean toward decorum arguing that sending text messages on one's phone for the congregation to see detracts from the respect the synagogue, Torah and services demand.

One congregant at Morrison’s Reform temple enjoyed the texting aspect of the services. She recalled, "I paid attention the whole time; that's a problem with me, tuning it out."

We shall see if the communal texting culture catches on in more synagogues or if rabbis will continue to ask congregants to remember to turn off their cellphones. Text or tact? Which will win out?

Rabbi Jason Miller is an educator and entrepreneur. He is president and owner of Access Computer Technology, an IT, website design and social media marketing firm in Michigan. Follow him on Twitter at @RabbiJason.