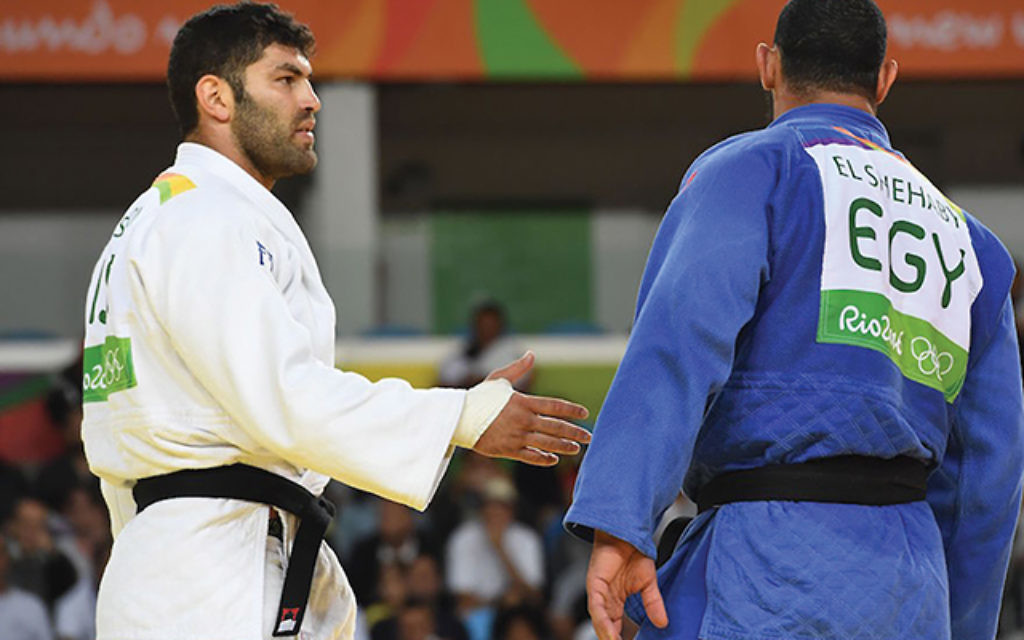 That was the final tally for Israel’s Olympic team, as the Summer Games in Rio de Janeiro enter their final days.

For Jewish fans, the Rio Games were a combination of highs and lows, though more of the former than the latter.

For fans in this country, the highlights were gymnast Aly Raisman, who captained the women’s team to gold in the team competition, and also picked up silver medals in individual all-around and individual floor exercise, finishing both times behind teammate Simone Biles, arguably the best female gymnast ever.

And veteran swimmer Anthony Ervin won gold in the men’s 4-by-100-meter freestyle relay and the 50-meter freestyle. He became, at 35, the oldest winner of an Olympic individual swimming event.

For the first time since the 1972 terrorist attack that took the lives of 11 Israelis at the Munich Olympics, the International Olympic Committee officially recognized the victims — at a memorial stone dedicated in the Olympic Village a few days before the Games began, and at a ceremony in Rio’s City Hall.

The country’s athletic representatives, who returned empty-handed — for the first time since 1992 — from the London Games four years ago, won a pair of bronze medals this time, both in judo. Or Sasson finished third in the men’s over-100-kilograms division; and Yarden Gerbi took bronze in the women’s 63-kilogram division.

They returned home this week to a rousing welcome.

Sasson also made a non-sports headline, due to an opponent’s non-sporting gesture. After an early bout, Egypt’s Islam El Shehaby refused to shake Sasson’s hand, earning the crowd’s boos; he was reprimanded by the IOC and sent home by Egypt.

Two other Arab teams marred Israel’s time in Rio — the Lebanese team refused to let the Israeli men and women share a bus ride to the opening ceremonies, and Saudi Arabia’s Joud Fahmy forfeited a first-round judo match rather than face Israel’s Gili Cohen in the next round.

As of early this week, Egypt had won two medals at Rio; neither Lebanon nor Saudi Arabia won any.