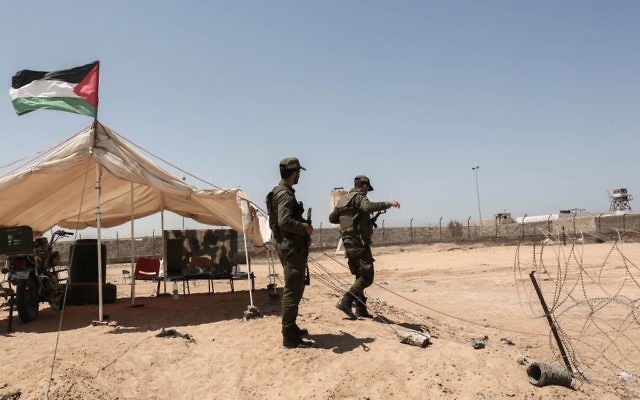 Members of the Palestinian security forces loyal to Hamas stand guard by the border with Egypt near the southern Gaza strip town of Rafah on August 23, 2017. Getty Images

Despite all the predictions, this summer hasn’t seen a war between Israel and the Gaza regime. But it has seen Gaza’s leaders deep in conflict with Palestinian rivals.

The tensions between Hamas chiefs and their challengers have just reached an unprecedented point, with the first-ever suicide bombing against a Hamas target.

Experienced in perpetrating terrorist attacks, Hamas has now been on the receiving end. Last week, a suicide bomber blew himself up close to Gaza’s border with Egypt, killing a Hamas guard.

On Sunday, Hamas forces arrested ISIS sympathisers who are thought to have been behind the attack; then in an apparent act of retaliation on Monday, masked men opened fire at a Hamas post, a police station and a Hamas checkpoint.

Meanwhile, Gaza’s civilians are feeling the screw turning and their lives getting harder. Funds that normally flow to the coastal enclave for fuel, medicine, and salaries for civil servants have been cut drastically by politicians who sit in offices far from Gaza and try to leverage their financial power to effect change there.

These politicians aren’t Israelis — though the finger-pointing at Jerusalem for chaos in Gaza has become almost automatic for many, but rather Palestinians. In a flexing of political muscle, Hamas’ arch rival, the Palestinian Authority, which is based in the West Bank, has slashed budgets. And it has made it clear that the hardships on Gaza’s residents will be lifted if only Hamas does as it wants.

“We clearly tell Hamas that we are ready to take back these measures,” said Palestinian President Mahmoud Abbas, according to Maan News. Abbas wants Hamas to end its control of Gaza and hand it to the PA, which he heads. The cuts are political, not due to shortages — as Gaza hospitals struggled with a lack of medicines this week, the PA was packing truckloads of medical supplies to dispatch as a donation to the Venezuelan government.

Maan, an independent Palestinian news agency, has just reported that Abbas described the funding cuts — which are causing the electricity crisis in Gaza, which is leading to ongoing power outages — as “a clear signal to the Hamas movement” to relinquish control of the territory. 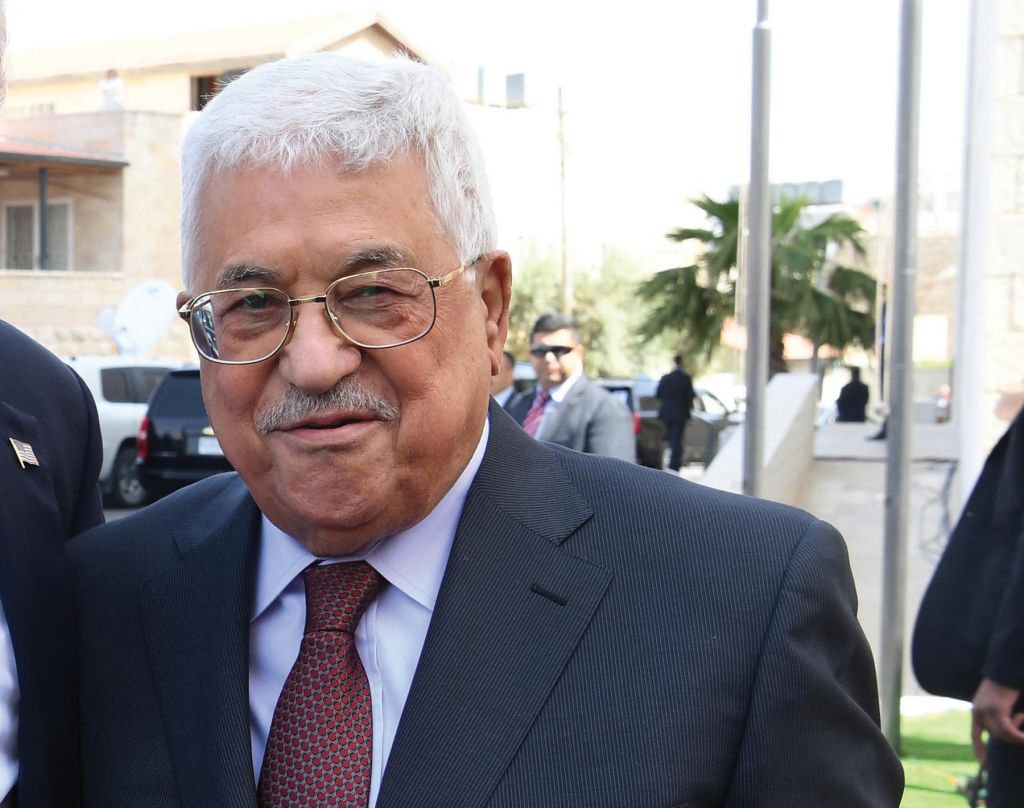 While Hamas rules Gaza, the territory still receives funds from the Western-backed PA. On Sunday, Abbas said the PA generally transfers $1.5 billion a year — but has recently cut a quarter from this. Abbas said the cuts will contiunue and could even stop, if Hamas doesn’t follow his wishes.

Abbas, who is 82, facing health problems, and keen to protect his political legacy, is frustrated that he cannot rein in Hamas. This summer marks 10 years since Hamas took control of Gaza, and every attempt to reassert his control has fallen flat. There were high expectations for a 2014 deal, but the unity government it brought about fell apart after a year, and hyped reports in January that reconciliation had been agreed upon were premature.

By April, Abbas was threatening “unprecedented” steps, and soon afterwards he stopped making some of the payments for Gaza’s electricity.

As the electricity supplier that Abbas stopped paying, and which stopped delivering power, is Israeli, many Palestinians presumed that Israel was responsible for their power cuts. Israel is being scapegoated for the situation in Gaza by many, including the Palestinian Centre For Human Rights, which, in a video, claims the blackouts represent a “disaster” that is “man-made” by the “occupation.”

This assessment is nonsense, but while Israel isn’t behind the drama in Gaza, it could well be impacted. From where Israel is standing, Abbas’ strategy is a high-risk one.

In general, Gaza is a tinderbox. The humanitarian situation is dire and long before Abbas started turning the screw; state experts in Israel noted that there are real infrastructure problems in the offing, such as a water crisis. And just as angry words are directed at Israel in response to the crisis today, when things get worse, whatever the real cause of Gaza’s woes, leaders there are likely to lash out against Israel in violent confrontation.

Abbas’ decision to squeeze the Hamas regime could lead to a positive outcome. It could lead to Hamas surrendering its quasi-state and giving control of Gaza to Abbas and the PA. If this happened, Israel would have a more moderate Palestinian power over the Gaza border. Negotiations between Israel and the Palestinians could cover the West Bank and Gaza far more easily than they could today when Gaza is in Hamas hands.

This is almost a dream scenario for Israel and its international supporters who are keen to advance peace, but Abbas’ latest move could also blow up in everyone’s faces. If Hamas digs its heels in, Abbas’ actions could end up catalysing Gaza’s humanitarian crisis, which could well have the knock-on effect of putting Hamas in the mood for confrontation with Israel.

The summer may have been a quiet one for the Israelis living on the Gaza border, but the fall may be a very different story.