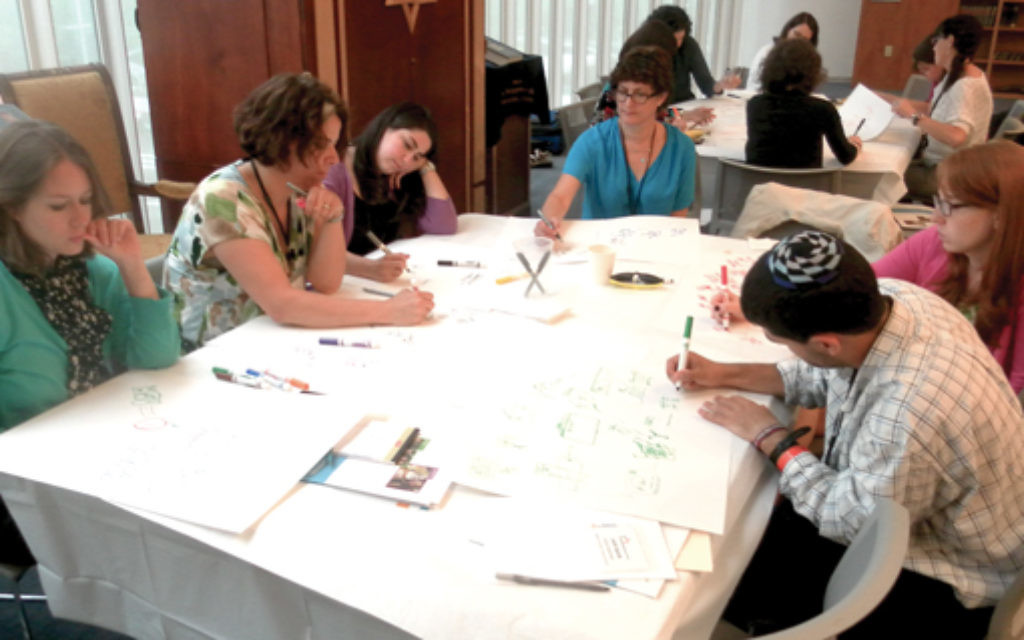 Josh Satok is bringing Jewish teen philanthropy to Nova Scotia, Canada. The recent Yale University graduate was inspired to do so by a class on grant making he took at school.

“Basically, in this course we were the guinea pigs. A private donor gave us $50,000 and said, ‘You kids are smart. Do something good with this.’”

Now, Satok is telling his 30 teenage campers to do the same thing. As program director at Canadian Young Judaea’s Camp Kadimah, he will be facilitating the pilot teen philanthropy program for the second summer in a row. He used the basic model suggested by the Jewish Teen Funders Network (JTFN), starting with Jewish texts and ending with grant decisions.

During the program’s first year, he worked with 16 counselors in training, the camp’s oldest age group. They donated $1,000 to two organizations. This year, his numbers have doubled.

Giving teens the power of the purse in their local communities and beyond is a quickly growing trend. This week, the Jewish Teen Philanthropy Summit, sponsored by the JTFN, drew more than 80 participants from around North America for the two-day meeting here. Hailing from Atlanta, Memphis, Denver, California and even Canada, this group of “Jewish Educators” came to learn about how to help teens give, and why teens give.

According to JTFN co-founder Ricky Shechtel, Jewish teen foundations award between $1 million and $2 million annually. A September 2013 study sponsored by the United Nations Foundation found that nearly 9 out of 10 American youth between the ages 8 and 19 give money to organizations dedicated to charitable causes, down from the average age range of 21 to 40. The research confirmed that young people today are more hungry to give then ever before.

The data is fueling the growth and expansion of teen philanthropy groups across the Jewish philanthropy landscape. Rachel Krueger, assistant director of community engagement at BBYO, the largest pluralistic Jewish teen movement in the United States, with more than 40,000 participants from sixth to 12th grade, attended the summit to get ideas for expanding their already active teen philanthropy component, Stand UP.

“All teens, Jewish or not, are looking to become a part of something bigger,” she said. “That’s why philanthropy is so appealing. It gives teens the chance to not just identify with a community, but start taking responsibility for it.”

Eden Banarie, the youth engagement coordinator for Jewish World Watch, a leading grassroots movement in the fight against genocide in Sudan and eastern Congo, has her eye on global impact. While in the past, the Los Angeles-based organization has depended primarily on donations and private funding, Banarie wants to give teens a more primary fundraising role.

“I think the draw towards philanthropy for teens is a generational trend. Social media has connected the world in ways never before imagined, and with new access comes a new sense of responsibility to people who had previously been strangers. I think the teen philanthropy movement is at a tipping point.”

This “tipping point” mirrors broader changes in the larger philanthropic world. In a panel titled “Trends in Philanthropy,” Andres Spokoiny, head of the Jewish Funders Network, spoke about the shift from collective giving to individual giving.

“The level of individual power today in unprecedented,” he said. “Donors used to give to foundations who would make decision about how to give. Today, donors want to make the decisions themselves. When it comes to teenagers, this trend is magnified.”

For Sammie Klainberg, 16, the process of reinvention has already begun. Klainberg serves as the co-chair of the Jewish Teen Funders Committee of Temple Beth El in Great Neck, L.I. Along with 12 other teens, she drafted a mission statement, reviewed grant proposals and selected “education” as a guiding cause for this year.

“Collective giving has taught me how to work with a group — every decision we make is a consensus of what the board wants. We’re a group of very opinionated individuals, but we’ve learned that what we can accomplish together is bigger,” she said.

For a generation colloquially known as Generation-I, Klainberg conceded that making group choices is not an easy lesson. “I come from Long Island — we’re called the ‘Golden Coast’ for a reason. A lot of us live in a bubble. Philanthropy helps to pop that bubble, as a group, in a safe environment.”

The teen philanthropy group at the Community Synagogue of Port Washington had a similar experience. While visiting a high school in a much less affluent part of town, one young man asked how much of their contribution would be allotted to college preparatory activities. “SAT prep, career planning — what they need after high school,” he said. The woman giving the presentation stopped mid-sentence, let out a loud laugh and said, “Honey — we’re trying to get these kids through high school. Let’s not worry about college.”

For those students, the trip was revelatory. According to Lindsay Ganci, the group’s director, "Their philanthropic experiences have given them a new eye into their own world. Their experiences in our program have helped them understand that they are fortunate to have their intests, passions and goals supported in ways that make college an attainable goal, and has empowered them to create change that helps give those same opportunities to others."

Stefanie Zelkind, JTFN’s director, said that while the donations these teen groups give are important, the goal of these programs is to draw in the teens themselves.

“Teen philanthropy, at the end of the day, is more about cultivating donors than raising money,” she said. “The goal is more about developing teen leadership, encouraging group decision-making skills, and imparting Jewish values.”

Mark Charendoff, president of the Maimonides Fund, one of the few funders to attend the summit, agreed.

Noting the Pew Research Center’s finding that 71 percent of non-Orthodox Jews are married to non-Jews, Charendoff said that philanthropy is a way to capture the Jewish teen “market.”