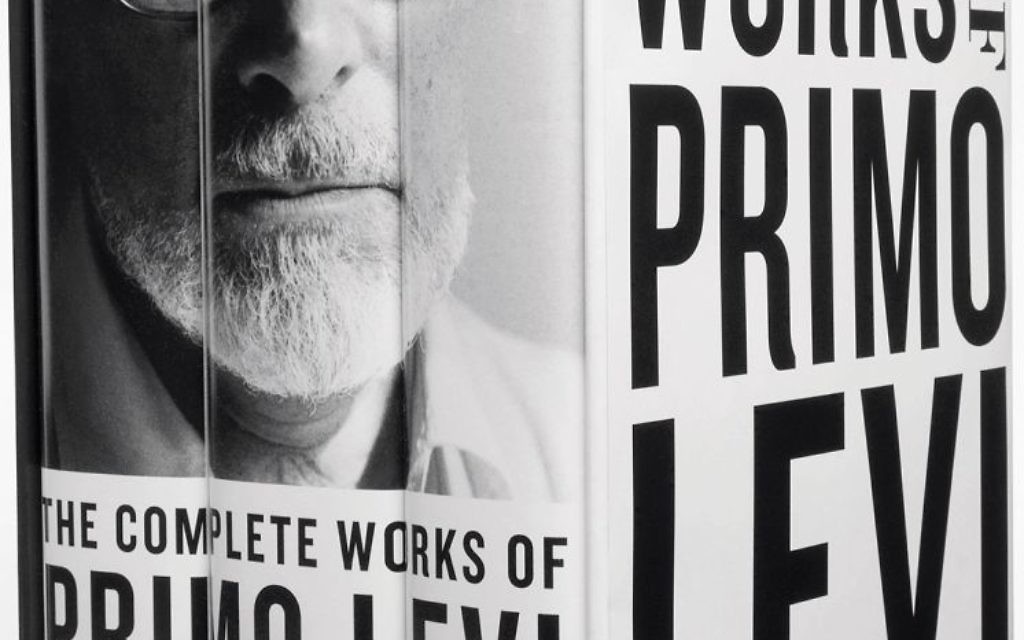 We thought we knew Primo Levi, the Holocaust memoirist and poet, and well-known suicide victim.

But foraging through the newly published, slickly-packaged, three-volume “The Complete Works of Primo Levi,” edited by translator and editor Ann Goldstein, we discover that Primo Levi was (as is the case with all world-class writers) multi-dimensional and multi-layered; he was more than “The Periodic Table” and “Survival in Auschwitz,” which all of us seemed to be reading in the 1990s. Much of the material in this new collection is available for the first time in English.

Holocaust survivor, scientist, Jew in Fascist Italy, memoirist, poet — the narrative outlines of Levi’s story are well known. He was born in 1919 to an Italian Jewish family in Turin. Although Levi was “of the Jewish race,” he was able to graduate in 1941 in chemistry from the University of Turin, and he worked as a chemist in Italy until 1943, when he joined a partisan group. He was arrested in December 1943, and, after spending some time in a transit camp, was sent to Auschwitz. Liberated in 1945 — Levi’s survival in Auschwitz is the subject of some of his most important writing — he was reintegrated into Italy in 1946 and began writing “If This is a Man,” about his survival. Beginning in 1948 Levi resumed his professional work as a chemist. From the late-’40s until his death, he expanded his writing career to include essays, poetry, memoirs, fiction and journalism. Levi’s work, in all genres, was critically acclaimed. He died, a suicide, in April 1987, in Turin.

“The Complete Works” is a singularly valuable contribution. Not only is the collection a welcome addition to the genre imperfectly characterized as “Holocaust literature”; the collection reintroduces us to a literary master, a writer who transcends the Holocaust genre.

As curator of this material, Goldstein’s method is chronological, but the work transcends strict and literal chronology. The first volume begins with “If This is a Man,” Levi’s extraordinary memoir of Auschwitz, which was previously known as “Survival in Auschwitz”; and “The Truce,” his account of his long journey home after Auschwitz. The final volume ends with “The Drowned and the Saved,” in Goldstein’s words, “The experience of Auschwitz forty years later … the importance of memory and of bearing witness” — in effect, Levi’s testament, the written inheritance to generations that do not know Auschwitz. In between are poetry and stories and essays, collected and translated for the first time as a unit — and, of course “The Periodic Table,” Levi’s stunning autobiography, in which each chapter is based on an element of the chemist’s periodic table. New to me (and now my favorite Primo Levi book) is “If Not Now, When?”, an adventure novel about Jewish partisans in Russia and Poland during the war. Levi himself called the novel — and the book is his only work of pure invention — a “Western,” albeit one not of picaresque cowboys but of Jewish partisans, in desperate circumstances, fighting Germans.

Levi’s poetry, mostly unknown to English-speaking readers, is a revelation; it is often lyrical, sometimes downright funny, almost always brutal. Consider two lines of mangled syntax from “Buna,” evoking the forced-labor factory in which Levi worked: “In your breast you have cold hunger nothing / The last courage has been broken in you.”

The collection closes with a jumble of short essays and letters; two essays on how Levi’s works were received; and — most valuable — 65 pages of “Notes” on the texts, which by themselves are worth the price of admission. What inspired the novel “If Not Now, When?” (Levi’s observing a train-car-load of young Jews from Eastern Europe, young Zionists, bound for Israel, “taking any route they could.” Levi imagined the adventures that brought the young people to this point, and these became the subject of his only novel.) What was the poet Primo Levi all about, and what were his poetic inspirations? (Levi’s first published work, in 1946, was a poem; indeed, in much of his prose the manipulation of words and sounds is salient. “Poetry simply came naturally after Auschwitz. … He wrote poetry in his ancient mariner moments.”) The section is a treasure trove for scholars and just plain folk alike.

Nobel laureate Toni Morrison’s introduction to “The Complete Works” has generated discussion: Why Toni Morrison? Morrison, whose own African-American family was oppressed, has been a member of the U.S. Holocaust Memorial Council, adding her voice to the discussions surrounding the destruction of European Jewry.

At the beginning of her all-too-brief essay, Morrison characterizes Levi’s work as a paean to “the triumph of human worth,” indeed of identity itself. And how, given the themes Levi explored in poetry, autobiography and fiction, can it not be thus?

But how can it be thus? Morrison misses the point. Levi was indeed in many ways upbeat; but he was about what evil does to a person’s identity and spirit and worth. “The triumph of human worth?” To Primo Levi, as it comes out in page after page of prose, line after line of poetry, it ain’t worth much.

There is a dialectic in Levi’s work — and here is where we get to the nucleus of his writing. Yes, it is the core identity (as Morrison has it) that is what grabs Primo Levi; but it is an identity hopelessly corrupted by an evil unimaginable. Don’t be gulled by the humanity of my writing, is what he seems to be telling us. Humanity is not what it’s about.

And this leads us to Levi’s suicide.

Toni Morrison invokes the first lines of Levi’s poem, resonant of despair, “Song of the Crow II”: “What is the number of your days? I’ve counted them: / Few and brief, and each one heavy with cares.”

Primo Levi recalls for us the biblical Jacob’s response to Pharaoh’s question, “How old are you?”: “… Few and evil have the days of my life been…” (Genesis 47:9). The “few and brief” days suggests that Levi’s end is near, and that his “cares” may not be only Auschwitz.

Another great, perhaps the greatest, writer of the Holocaust was the lesser-known Tadeusz Borowski, also a suicide. His masterpiece, “This Way for the Gas, Ladies and Gentlemen,” written in the first-person voice of a deputy kapo at Auschwitz, prefigured his suicide. With Borowski the reason for the suicide was clear: it was the immediacy of Auschwitz. As Levi scholar Alexander Stille notes in a 1988 New York Times story, with Levi it may have been more complicated, more nuanced. While it may be necessary to look outside of Auschwitz to explain his suicide in 1987 — he had many personal burdens — Stille notes, “He was both blessed and cursed by memory, the memory of seeing the fiercely glowing sign, Arbeit Macht Frei, for the first time.”

For Primo Levi, memory took over from history. A valuable lesson for Jews — for everyone — in 2015.

Jerome Chanes is the author of four books on Jewish history and public affairs. He is a fellow at the Center for Jewish Studies at the CUNY Graduate Center.