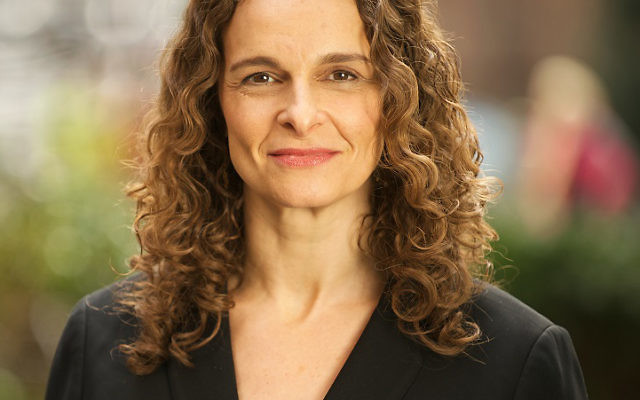 I read with horror that 71 people had died in the back of a truck on an Austrian highway. They were likely refugees from Syria packed one on top of another in the broiling summer heat, taking desperate measures to escape violence. Only a few weeks later, we all saw the wrenching photo of Aylan Kurdi, a small boy whose body washed up on a Turkish beach after his family attempted to reach safety by boat.

This single photograph, in a tribute to the power of the media, has transformed the Syrian refugee crisis from a distant and vaguely terrible event to a visceral and urgent human catastrophe. In subsequent weeks, photographs of refugees on trains desperately trying to cross European borders triggered a deep collective Jewish memory.

The American Jewish community has woken up.

Because of our history and experience, the plight of the Syrians, and refugees everywhere, resonates. Refugees fleeing danger and searching for a safe place to call home is a Jewish issue, and significant voices in the Jewish community are stepping up to demand that we not turn our backs. We know what it means to be strangers in a strange land. We also know the impact we can have when we come together to speak out for the rights of vulnerable people.

It was not so long ago that the American Jewish community galvanized around the release and resettlement of Soviet Jews. Many of us still remember when congregations and communities united, for years, to show our support and to pressure lawmakers to ensure our cousins from the former Soviet Union could find safety. Increasingly, we are seeing a heightened level of recognition from the American Jewish community that our government must do more to alleviate the Syrian refugee crisis.

What makes this case unique, however, is that for the first time in Jewish history, our community is mobilizing in force to help refugees — not because they are Jewish, but because we are.

The growing response currently underway in the Jewish community, from rabbis to lay leaders, organizational heads to bar and bat mitzvah students, reflects acknowledgement of this major moment in our history. Synagogues across the country used the High Holidays as an opportunity to elevate awareness of the current crisis, and at the eleventh hour, rabbis wrote entirely new sermons. Thousands of American Jews have already joined HIAS’ call to President Obama, urging the U.S. to step up its leadership by resettling at least 100,000 Syrian refugees on top of the 70,000 refugees resettled annually from around the world.

The stories of Syrian refugees are only one piece of what is actually a global refugee crisis — the largest since World War II. Worldwide, more than 60 million refugees and displaced persons, from places as diverse as Sudan, Iraq, Colombia, the Democratic Republic of Congo and Ukraine, are suffering in search of permanent, safe homes. The Jewish community has a responsibility to mobilize and meet the needs of these refugees and asylum seekers, starting with advocating for the United States to increase the number of people we will resettle.

Raising the resettlement ceiling to reflect the urgency of the global crisis will allow individuals and families to start new lives in safety and freedom, as so many others have before them. And for the refugees currently being resettled in the United States, we can and must do more to create a welcoming environment in our communities and cities.

This weekend, I will speak about the global refugee crisis at Congregation B’nai Jeshurun. Winnie Gacheru, director of psychosocial services for HIAS Kenya, will join me on the bima to share what HIAS has learned about addressing refugees’ long-term mental health needs through years of counseling and direct service. No matter where they wind up, all refugees face the challenge of rebuilding their lives in a new place, providing for their families, and overcoming the trauma that forced them to flee in the first place. We must ensure that they are warmly received and provided the tools they need to rebuild their lives in safety and with dignity.

In the past weeks, the awakening of the Jewish community and the deep desire to respond to refugees has been a source of hope. The Torah teaches us 36 times that we have an obligation to the stranger — to “welcome the stranger,” to “protect the stranger,” and even to “love the stranger.” These words are deeply embedded in the psyche of American Jews, and I know that our community will continue to seek ways to translate compassion and empathy for today’s refugees into meaningful action.

Not because they are Jewish, but because we are.

Rabbi Jennie Rosenn is the vice president for community engagement at HIAS, the global Jewish nonprofit that protects refugees.