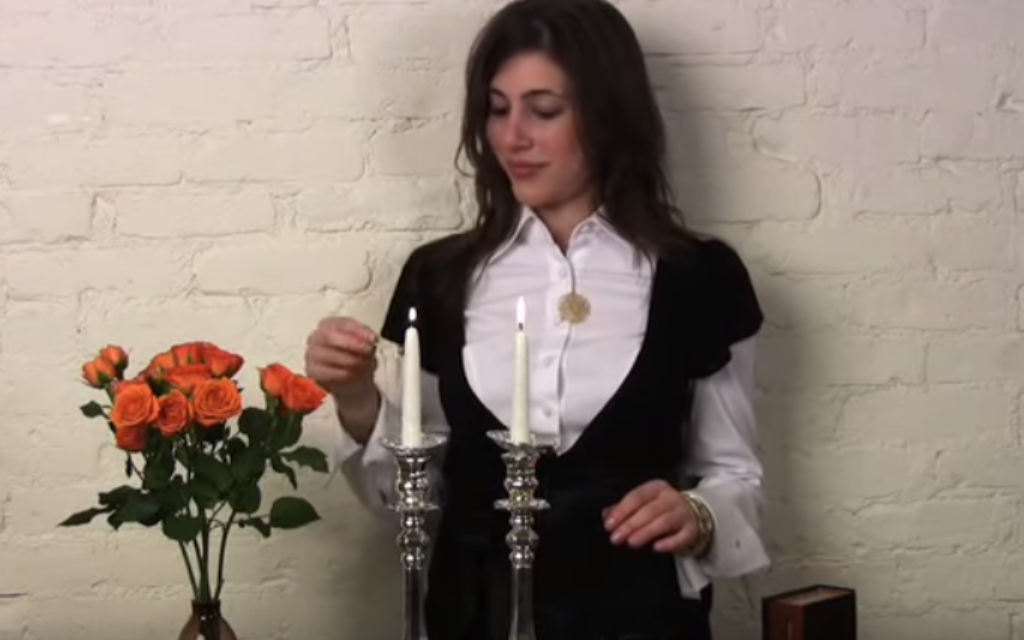 The long-time program director at Congregation Shearith Israel is suing the Upper West Side synagogue for allegedly firing her because she had sex before marriage.

Alana Shultz, says she was fired from her position as program director of the historic Upper West Side Spanish and Portuguese Congregation Shearith Israel for being 19 weeks pregnant when she got married last June, according to the 13-page complaint filed in Manhattan Supreme Court.

“After working tirelessly at the Spanish and Portuguese Synagogue for the last 11 years I am beyond saddened they’ve forced me to file this lawsuit, which I hope will help other women avoid what they did to me during what should be a time for celebration and joy,” Shultz said in a statement. Shultz’ attorney declined to provide further information.

Shultz said she told her supervisor, Barbara Reiss, about her pregnancy before leaving for her honeymoon. Reiss congratulated her, but when the newlywed returned to work, the pulpit rabbi, Rabbi Meir Soloveichik “had his head turned to the side, looking away from her,” the complaint says.

The day she returned to work, July 21, Reiss told Shultz her position was being eliminated and her last day would be August 15. When Shultz told Reiss that it would be difficult to find work while pregnant, Reiss offered Shultz a severance package of six weeks pay with no medical benefits on the condition that she agree not to take legal action against the synagogue, according to the complaint.

After Shultz hired a lawyer, the synagogue offered her her job back, the complaint said.

The synagogue, however, does not believe it has done "anything wrong."

"Congregation Shearith Israel categorically denies Ms. Shultz’s allegations of discrimination…In addition, Shearith Israel did not terminate her employment. She continues to remain employed in the exact same title, receiving the exact same compensation and benefits that she had been receiving all along. She has received (and continues to receive to this very day) every penny– even though she has not been to work since August 14th," the synagogue's attorney said in a statement.

Founded in 1654 by 23 Jews of Spanish and Portuguese descent, Shearith Israel is the oldest Jewish congregation in America, according to the Modern Orthodox synagogue's website.

Schultz has served as program director at the synagogue since 2004 and has a master’s in Jewish studies from the Jewish Theological Seminary, the website says.

She is also an advisor for the crowd-funding site Indiegogo, and has been active in many Jewish and philanthropic organizations including Dor Chadash, Manhattan Jewish Experience, Friends of the IDF, Innovation: Africa and JICNY (Jewish International Connection New York). She has served as a board member of the Israel Academic Institute and the Am Yisrael Foundation, according to her profile on the Charles and Lynn Shusterman Family Foundation's website, where Schultz is active in a program for social entrepreneurs.

Marc Stern, General Counsel at the American Jewish Committee and an expert in church-state law, said he doesn’t think the case “has a lot of legs to stand on” because state and federal law “allows a religious organization to do basically anything in advancing its religious ideals.”

He pointed to the decision in the 2012 Supreme Court Case Hosanna-Tabor Evangelical Lutheran Church v. Equal Employment Opportunity Commission in which a teacher was fired because she had narcolepsy. The court ruled that because she taught religious classes, the church was protected under the First Amendment’s Establishment and Free Exercise clauses.

“The court said that the civil courts lacked authority to second-guess religious institutions for firing people with religious responsibilities,” he said, adding that Shultz’ case sounds like it would fall under the same category.

As Shearith Israel’s program director, Shultz oversaw the synagogue’s preschool, youth and holiday programs, according to the lawsuit. She also explains how to light Shabbat candles and discusses the ritual’s significance in two synagogue videos posted on YouTube. Whether or not her lawsuit is successful may come down to whether the court deems her responsibilities to be religious, Stern said.

“What is conspicuously absent from this case is any description of her [Shultz’] duties. That is central in the application of Hosanna-Tabor.” Stern said the synagogue will probably argue that because Shultz’ job includes religious duties, the synagogue was within its rights to fire her.

There’s already a precedent of the court allowing religious institutions to fire women who violate church doctrine including cases in which workers were dismissed for having premarital sex, undergoing in vitro fertilization and getting divorced.

Shultz’ case got a lot of coverage because of the premarital sex aspect, Stern said, “but in terms of legality she has no case.”